The migration crisis due to the invasion of Ukraine knocks on the doors of the US. 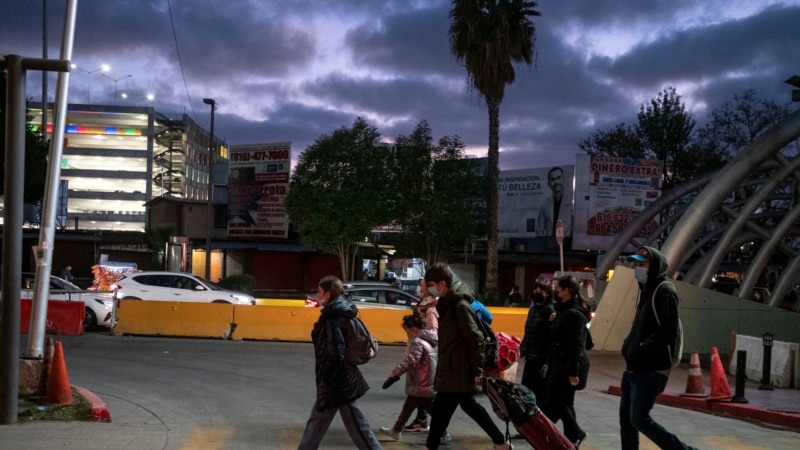 Ukrainians and Russians fleeing the war continue to arrive in Tijuana, in northern Mexico, seeking asylum in the United States, according to immigration authorities. While some are allowed to cross the border, others have had to camp because they are denied access.

Cristina, a young Ukrainian asylum seeker, is part of that group stranded on the border line. She told the voice of america who for now is standing on the Mexican border waiting for asylum in the United States.

Cristiana arrived in Tijuana helped by her American fiancé, after she managed to leave the Ukraine for Poland, where she found so many displaced by the Russian invasion that there was nowhere to stay, so she made the decision to move to Mexico.

Upon arriving in Tijuana, they denied him entry and now he lives in a state of anxiety, not knowing if the wait will be prolonged due to the so-called Title 42, a rule that prevents asylum seekers from entering US territory for health reasons due to the pandemic.

As he was able to verify FLY, both Russian and Ukrainian families wait day and night in the open at the border.

“Some Russian families who are here spent the night in this place in the open and with their children, as they say they have no other place to go,” explained Katia Yazina, a Russian citizen who, together with her family, seeks asylum in USA and is in a camp with other Russians on the border.

Yazina assures that “Ukrainians and Russians are friends” and that she hopes that the United States will open its doors to her, as well as to Ukrainian families because, as she says, “Putin’s war” is not her war.

For his part, Blaine Bookey, from the San Francisco Center for Gender and Refugee Studies, hopes “that all families have the opportunity” to find the refuge and security they seek, and considered that for this it is necessary to “see the end” of Title 42.

More Ukrainians and Russians enter through the southern border

The number of Ukrainians and Russians seeking to reach the US through the southern border has increased in recent days, according to the Customs and Border Protection (CBP) service.

In the case of the Ukrainians, from October to February they already account for almost 1,000, when in the entire previous year they arrested 680.

Alejandro Encinas, Undersecretary of the Interior of Mexico, explained in recent days that although the migration of Ukrainians across the border is not new, now with the increase and the conditions, they should be given priority.

“We have to give priority here to the condition of refuge due to the war conditions that are being experienced in your country,” said Encinas.