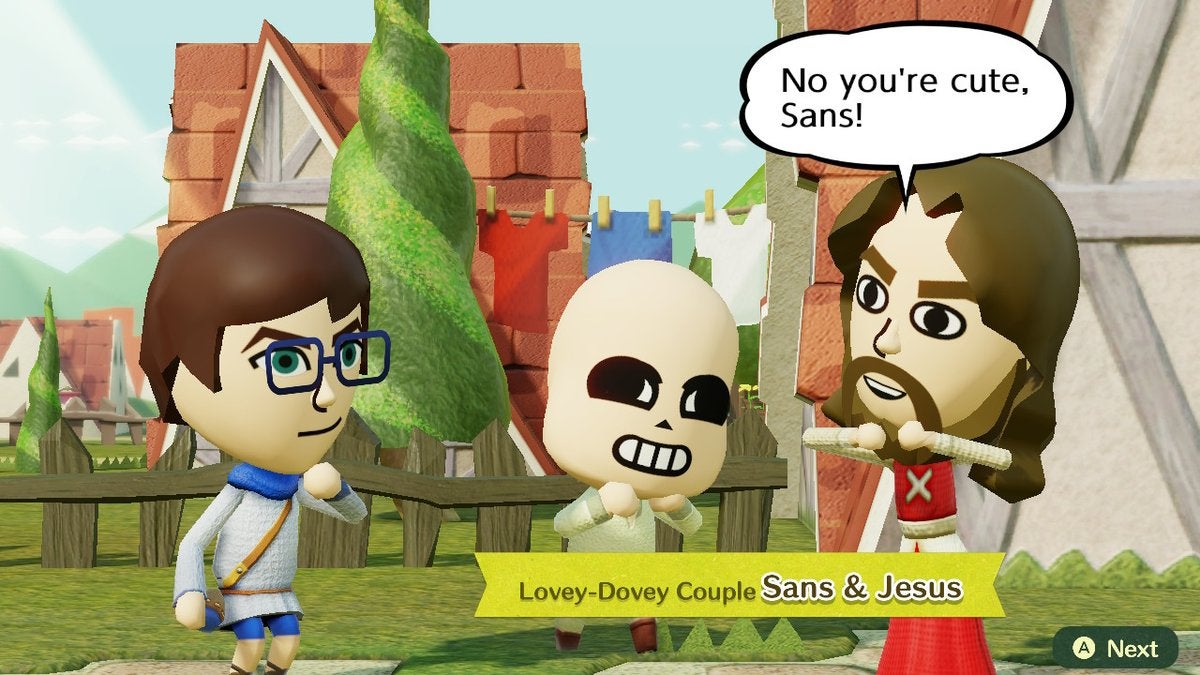 In its prior incarnation, Miitopia was an RPG where all the characters were Miis, and not just any Miis. In the 3DS version players were able to assign their friend’s Miis as party members or critical NPCs, while smaller roles were cast automatically from a pool of random Miis, meaning you got weird combinations like a romance between Princess Birdo and Nigel Thornberry, or Dr. Mario guarding the royal King Dr. Zoidberg. These assignments were played out to hilarious effect as the characters had both scripted and random interactions throughout your journey.

Now, it’s being ported to the Nintendo Switch, but without the same robust Mii sharing features that the 3DS had, it’s taking a different approach by introducing more robust Mii creation tools. This has inspired the Nintendo community, who are using the surprisingly detailed wig and makeup tools in the demo to get real wild with their creations.

Have you played Miitopia?

The expressions are pretty hilarious! pic.twitter.com/3vMbqtnzDA

The make-up tool in particular is allowing creators to get real, real silly with the Miis they make, as when used correctly it’s essentially a palette for anyone to make, well, almost anything, and stick it on the face of a Mii. Members of the community are sharing everything from weirdly detailed Mario characters to Five Nights at Freddy’s animatronics to Tingle. Someone made a $19 Fortnite V-Bucks card and slapped that on a face, for some reason. And some are going a step further and inserting these characters into Miitopia, using their goofy juxtapositions to create some very, very strange stories.

We’ve collected a handful of our favorite Miis from the community below for your perusal. My personal favorite is Hot Squidward, who I desperately want to add to my Miitopia game despite not actually liking the game very much when I played it years ago on the 3DS.

Miitopia has a free demo out now on the Nintendo Switch if you want to make your own silly Mii characters and you can share them with your friends to put in their games via in-game access codes. You can transfer your demo save data to the full game once it launches on May 21.

Rebekah Valentine is a Reporter at IGN.