The mince pies that have almost all your daily sugar

As supermarket shelves fill up with festive pastries, FEMAIL reveals the mince pies that have nearly your ENTIRE daily allowance of sugar

With advent creeping upon us many people will soon be incorporating a daily mince pie into their diet as a winter treat at the end of a tough year.

Supermarket shelves have been stacked up with hundreds of varieties of the festive pastries,  including traditional flavours and apple-based alternatives.

But indulging in the festive treat may wreak havoc with any healthy eating intentions, with some mince pies clocking in at  more than 250 calories,  the same as a small meal, with up to 24g of sugar, almost the maximum recommended amount for and adult in a day.

An investigation by consumer experts Money.co.uk  has revealed that Brits indulge in 3405 calories worth of mince pies throughout the month of December; scoffing around 15 mince pies in the Christmas month.

Here, FEMAIL reveals which of the treats have the most sugar and calories if you’re planning to indulge. 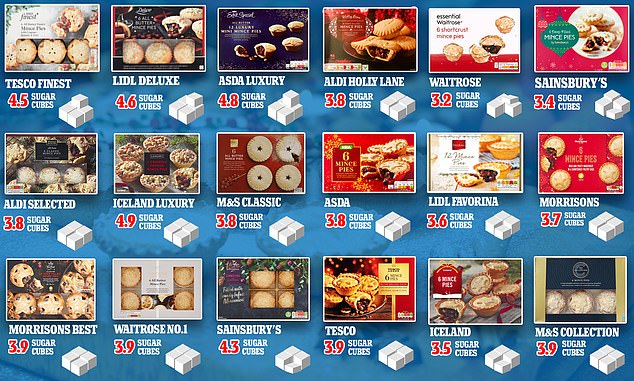 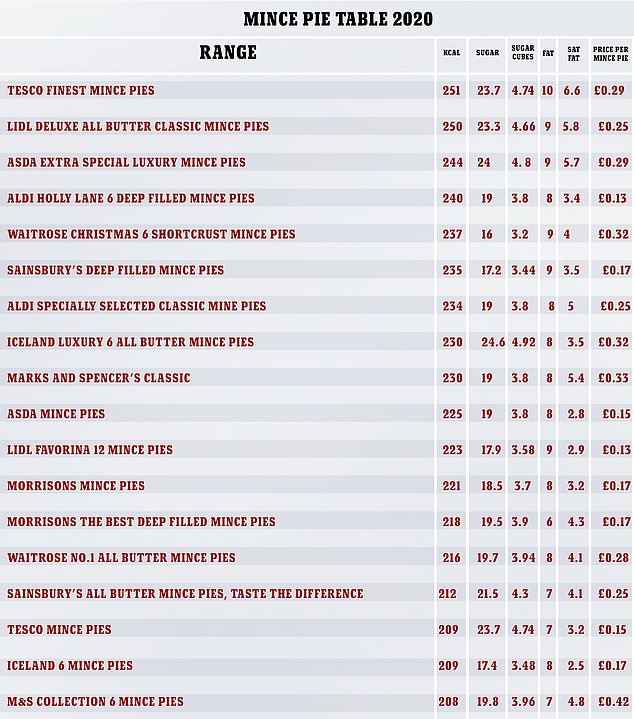 Iceland’s luxury mince pies had the most sugar in – at almost 25g – while Tesco’s were the highest in calories, at  251 per pastry

HIGH STREET MINCE PIES: THE MOST TO LEAST SUGARY

Iceland Luxury All Butter Mince Pies held the highest amount of sugar (24.6g), according to the Money.co.uk study.

This is a whopping 82 per cent of the government recommended daily sugar consumption of 30g.

More than half of supermarket branded pies list five teaspoons of sugar in their ingredients, equal to 71 per cent  of the recommended daily allowance.

While their luxury mince pies came out on top, Iceland’s regular mince pies were one of the least sugary, with 17.4g of sugar per pie, the equivalent to  three and a half cubes of sugar.

Meanwhile, the least sugary offering was Waitrose Shortcrust, which still had 16g of sugar, meaning eating two would push you over your daily recommended limit. 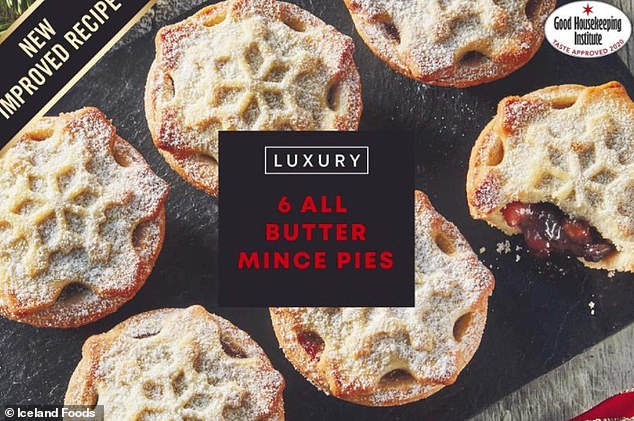 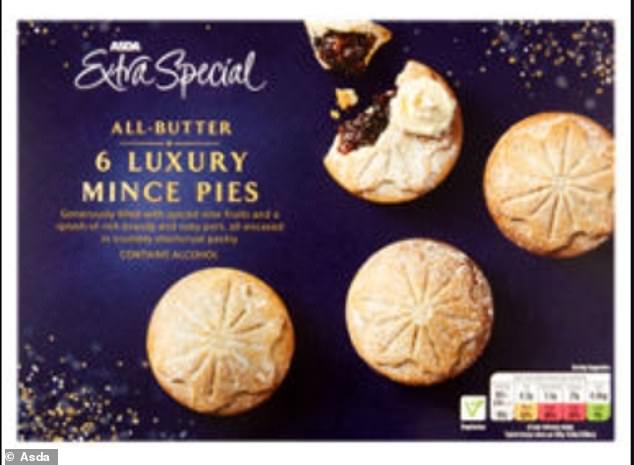 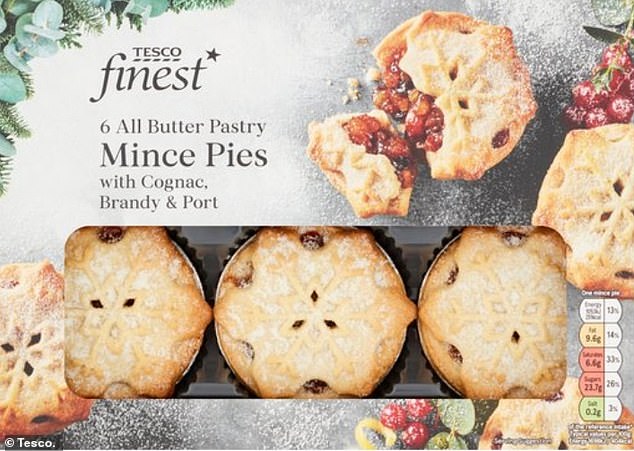 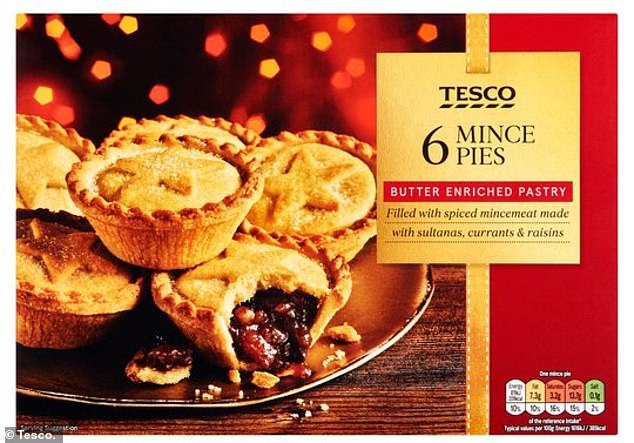 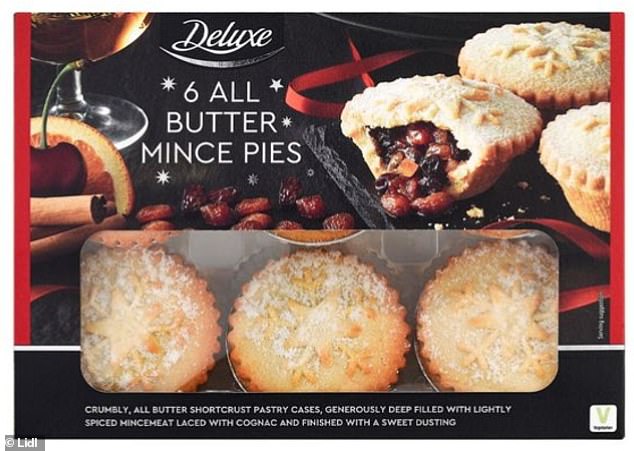 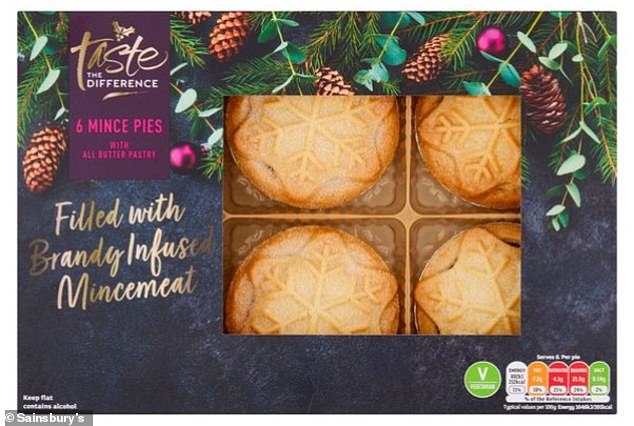 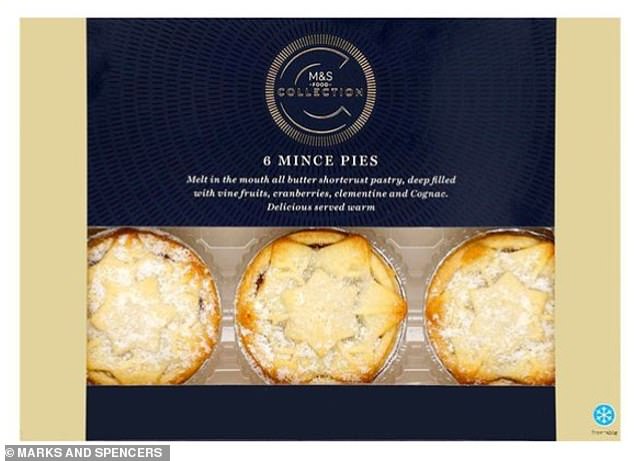 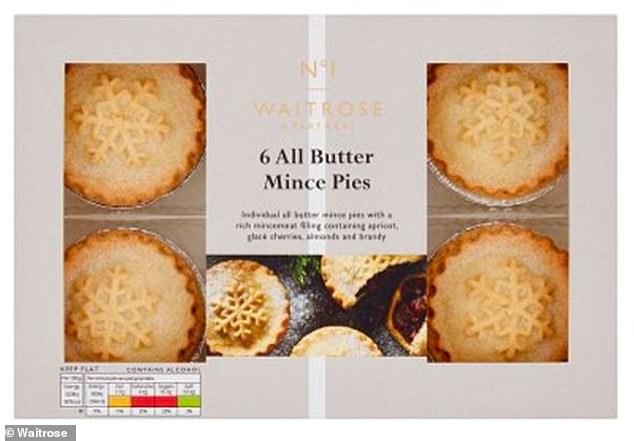 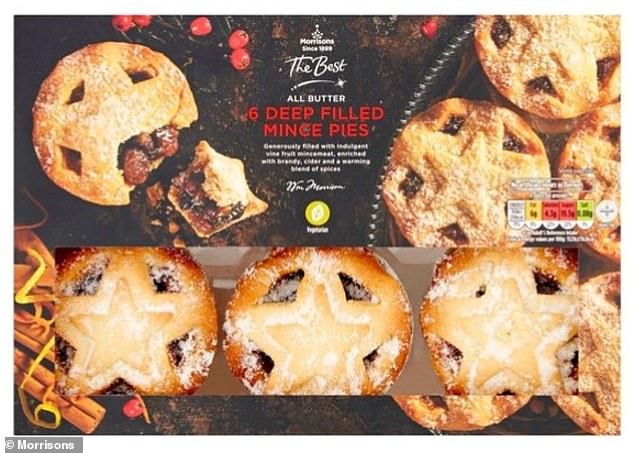 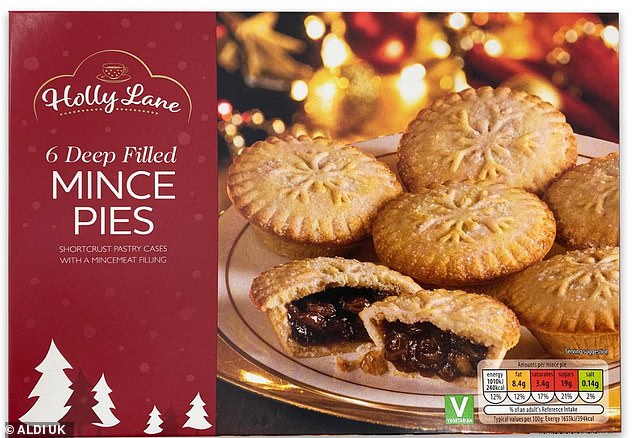 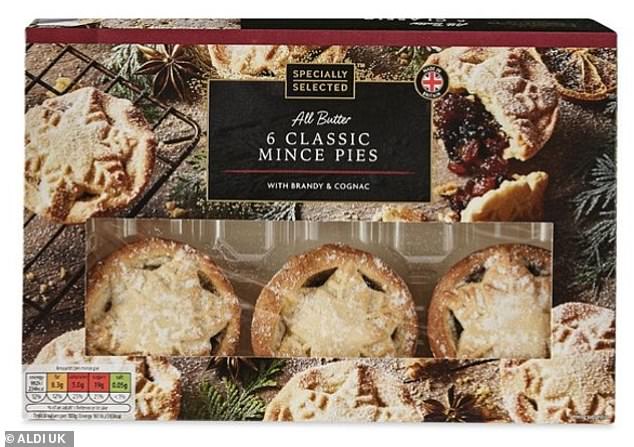 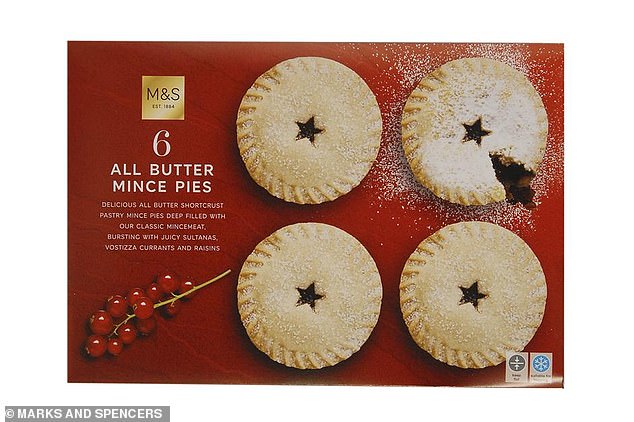 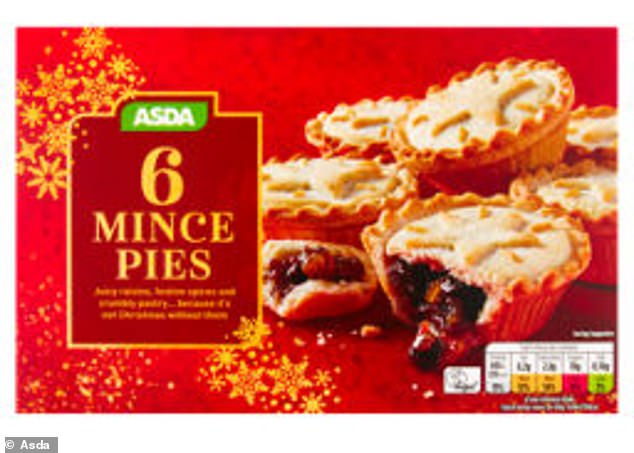 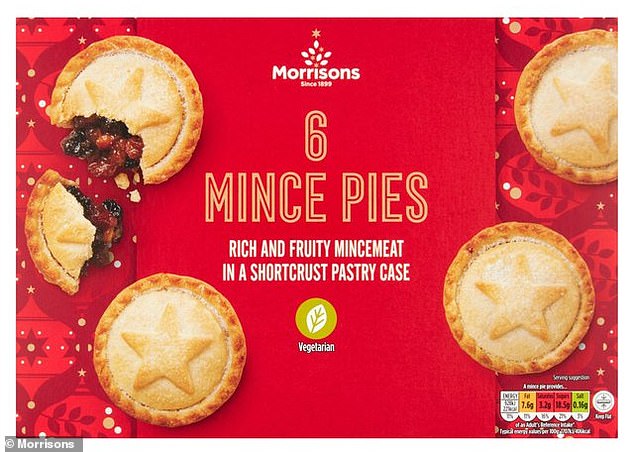 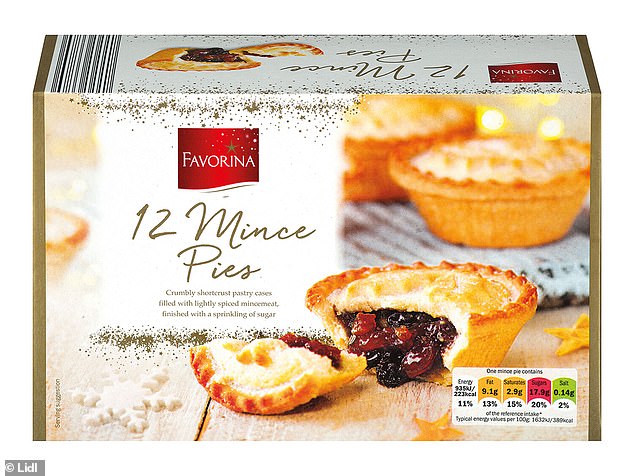 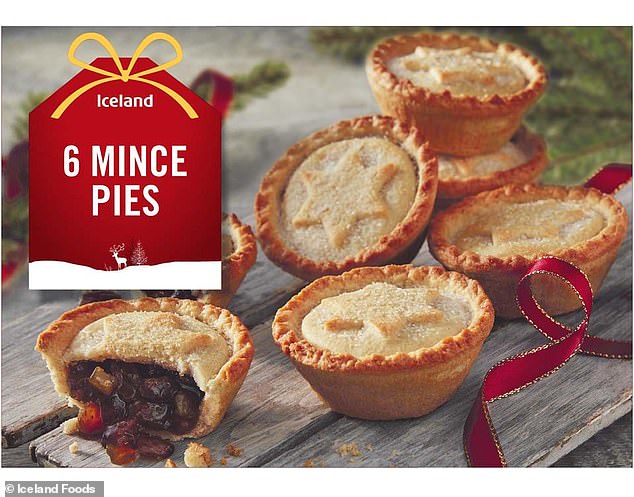 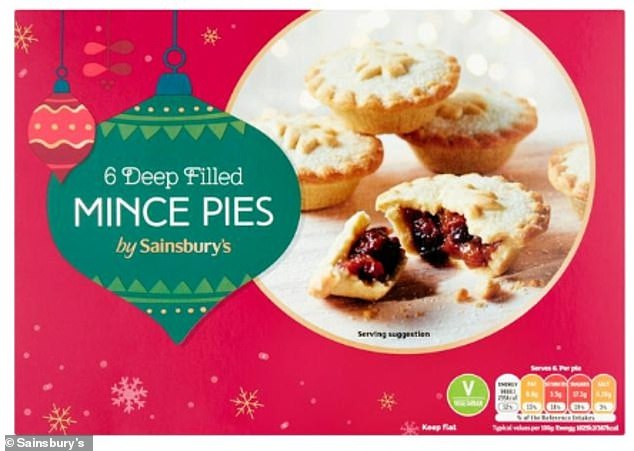 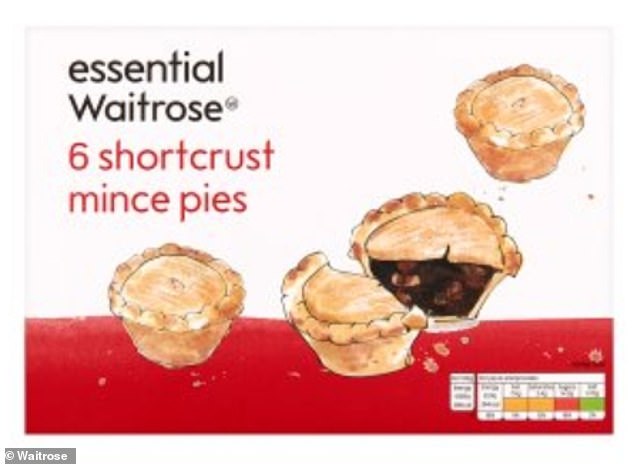