The most incredible end to a game EVER? Spanish lower-league keeper goes from hero to zero

The most incredible end to a game EVER? Spanish lower-league keeper thinks he’s the hero after scoring super equaliser from outside the box in the 95th minute… until he’s lobbed direct from kick-off for the winner!

It’s a moment that every goalkeeper dreams of, but very few manage to actually realise.

Often limited to the confines of their own 18-yard boxes, shot stopping can be a lonely business. Mistakes typically lead to goals and it is easy to become the first point of scrutiny when things aren’t going well.

So when Carlos Aguayo Torres had the chance to dash upfield and help his Vinaròs CF side grab a point against arch rivals Peñíscola in the Spanish sixth tier, it was an opportunity too good to waste. 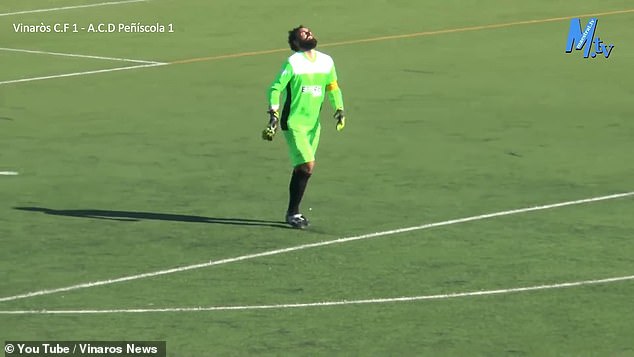 However, what transpired was one of the most incredible endings to a game ever seen, with Torres transforming from hero to zero within seconds.

A late free kick in the Peniscola half was cleared by the first man, but Torres was still lingering around the penalty area while the ball was being recycled.

The ball was worked out wide and after taking a couple of ricochets, falls to the feet of the goalkeeper. Torres takes a perfectly cushioned touch and with his right foot sweeps the ball into the bottom corner from just outside the box. 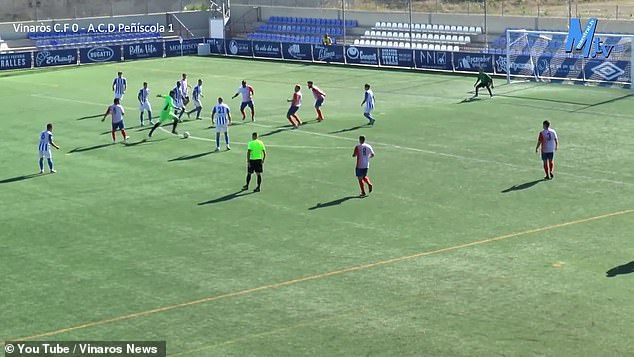 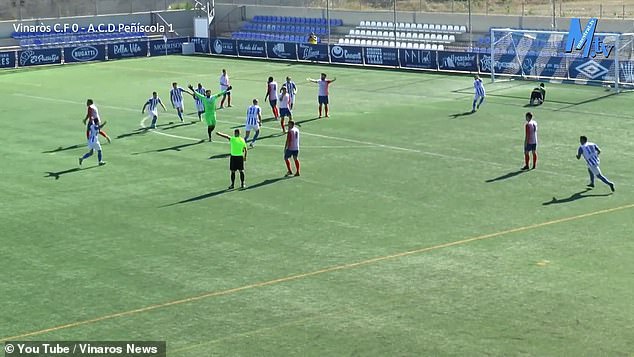 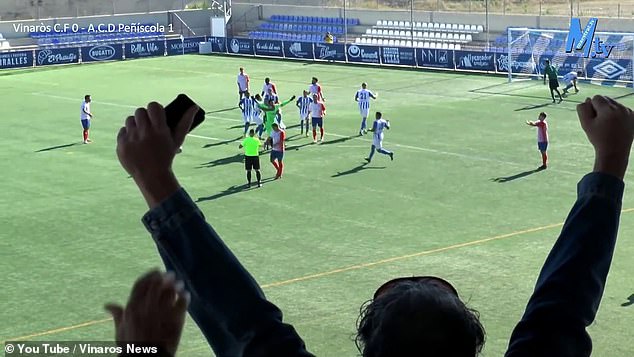 Cue scenes of pandemonium among the Vinaros team and the smattering of spectators in the crowd.

Peniscola are left aghast, with several players standing with arms outstretched and looking for someone, anyone, to moan at for letting their lead slip.

As Vinaros return to their half for kick off, the camera pans to Torres who is understandably overjoyed with the role he has played in getting his side level.

The keeper looks to the sky in disbelief and strolls back towards his own goal. But the biggest shock is to come as the ball is launched from the Peniscola half and arrows towards the Vinaros goal. 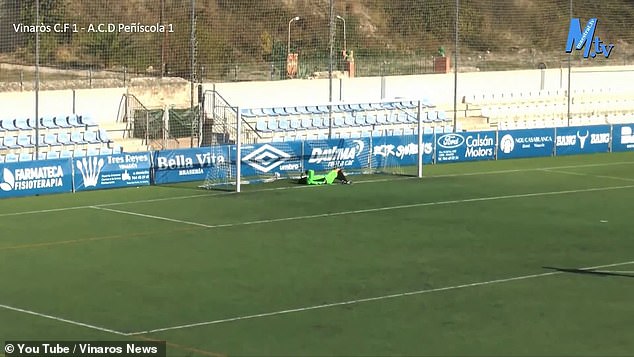 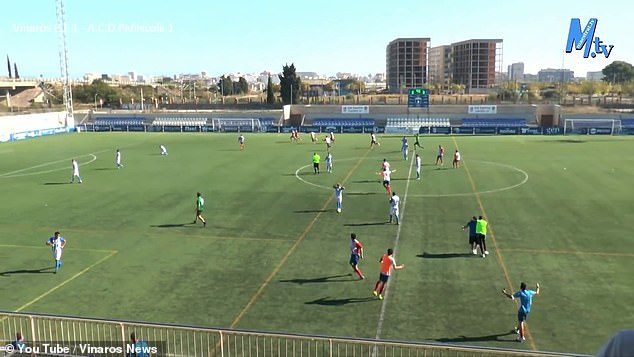 Torres spots the ball in flight but cannot do anything to keep it out as it crashes into the back of the net, and the Peniscola lead is restored.

Torres is left lying face down in his own goal, a lonely figure in total disbelief as to what has just unfolded.