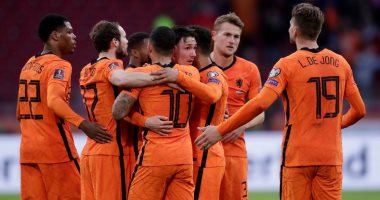 The Dutch national team will face a strong confrontation when it is a guest of its Norwegian counterpart, in the confrontation scheduled to take place at 9:15 pm today, Wednesday, at the “Weleval Stadium”, as part of the fourth round of European qualifiers for the 2022 World Cup in Qatar.

The two teams are looking to win and collect the three points in tonight’s match in order to end the clash between them in the runner-up table of Group G in the European qualifiers, as they each have 6 points from 3 matches, while Turkey leads the standings with 7 points.

The Dutch national team is armed with the return of captain Virgil van Dijk, the Liverpool defender, after Al-Tawahin missed his services during the Euro 2020 tournament, due to a cruciate ligament injury that kept him away all season with the Reds.