The Netherlands rains Turkey by six and tops its group in the World Cup qualifiers.. Video 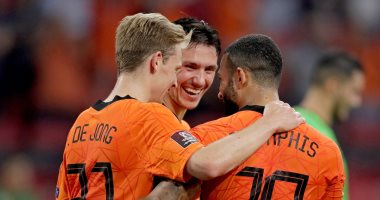 The Netherlands defeated Turkey 6-1 in a match that brought the two teams together at the Johan Cruyff Stadium, as part of the sixth round of European qualifiers for the 2022 World Cup..

The goals came with 3 in each half, as the goals of the Dutch team were scored by Davy Claassen in the first minute, and the brilliant Memphis Depay (two goals) in the 16th and 38th minutes from a penalty kick.