The Philippine army has arrested the sister and daughters of a leader of the “Abu Sayyaf” group, for their participation in a suicide plot 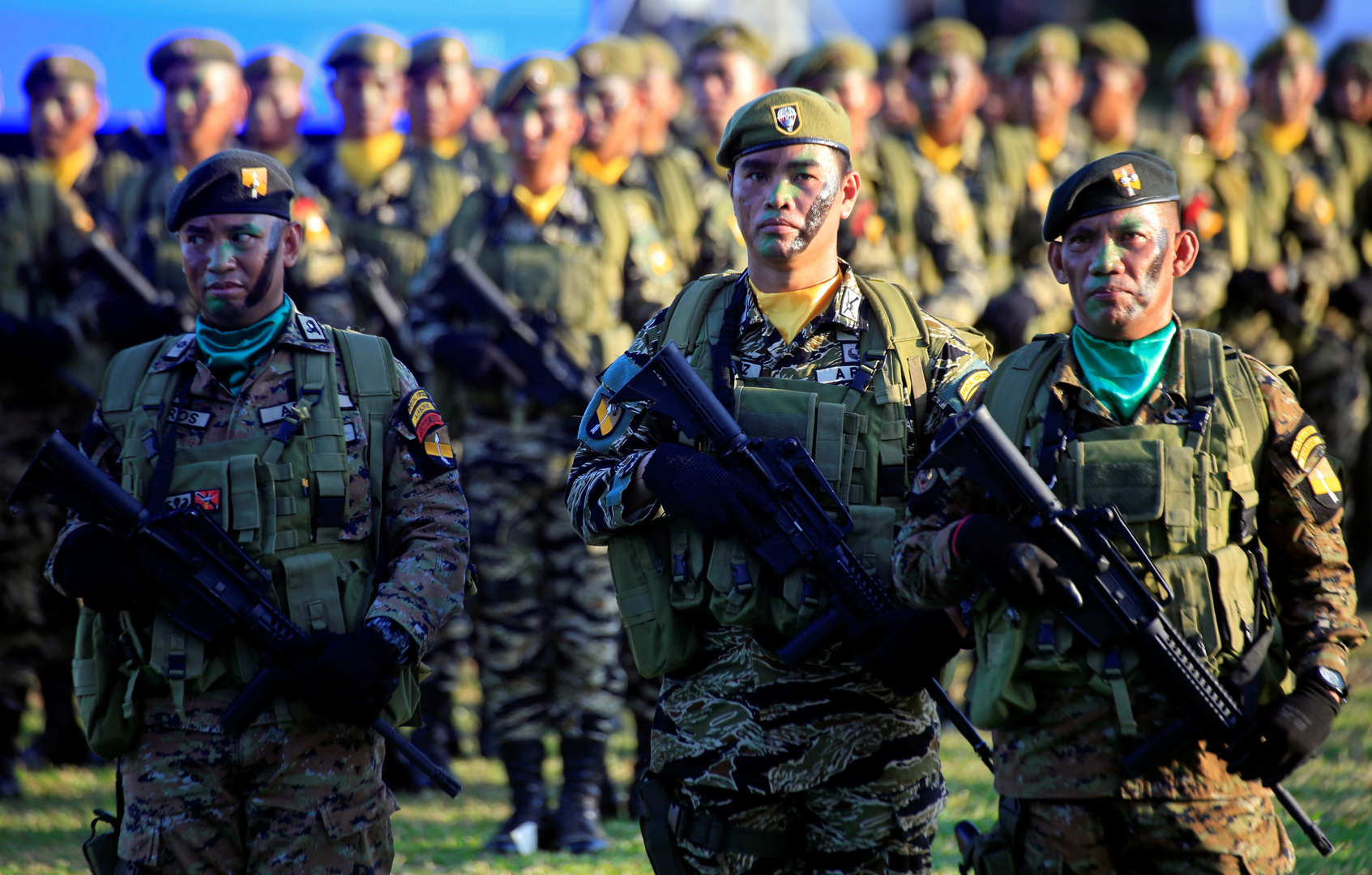 The Philippine army announced the arrest of the sister of one of the leaders of the militant “Abu Sayyaf” group who was killed months ago, and three of his daughters, among a group of nine women who were planning suicide attacks.

“Joint forces from the army and police carried out the operation in the southern province of Solo, according to search warrants, in the early hours of Friday,” said General Corlito Venloon, who heads the Armed Forces of the Philippines Western Command.
“The operation resulted in the arrest of nine potential suicide bombers, who are linked to some well-known leaders and members of the Abu Sayyaf group,” he added.
For its part, the army said in a statement, that “among the detained women is a sister and three daughters of Hatib Hajan Swadjan, one of the leaders of Abu Sayyaf, who was killed last July during an exchange of fire with soldiers in Patikul town in the Sulu region.
“The women were found in possession of bomb-making materials, including detonators, nails, batteries, cell phones and a draft of their plan,” he added.
For decades, the “Abu Sayyaf” group, which is based in Solo, has carried out kidnappings, looting and bomb attacks. In 2014, she declared allegiance to “ISIS”.

The Laws of Human Nature