The President of Brazil: The country is “broke” and I cannot do anything, and the media has huge effects of Corona 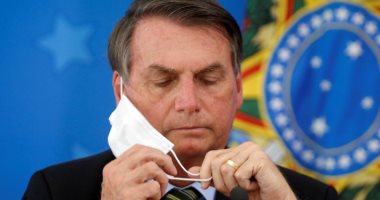 The President of Brazil, Jair Bolsonaro, confirmed that Brazil is bankrupt and that he cannot do anything, noting that the crisis caused by the Corona virus has affected the economy.

Bolsonaro indicated that it was the press that made the matter worse by exaggerating the effects of the epidemic, according to the Brazilian newspaper “O Globo”.

The president pointed out that the dangerous economic situation in the country when asked whether his government does not intend to extend the payment of the subsidies it granted until December to help the most vulnerable groups to alleviate the effects of the epidemic, which some benefited from, especially since the country has 60 million unemployed.

This subsidy, which in its first months reached 1,200 riyals (about $ 230.8), but was reduced by half between October and December, has lost its validity and the government does not intend to renew it due to the dangerous situation of the economy..

Another way to help families in the current situation, Bolsonaro said, is to cut income tax, and remember a promise he made during the election campaign to increase the proportion of Brazilians exempt from paying it, which is unlikely now because the epidemic has reduced tax revenues and increased public spending..

In response to a question about the cause of the dangerous economic situation, he stressed that “there is this virus, which is stimulated by the media that we have, by those media that do not have our personality.”

According to the president, the press is developing “a continuous effort to try to overburden (the government) to get us out of here and be able to take care of their dark interests.”

Bolsonaro, one of the heads of state most skeptical of the severity of the pandemic, also blamed regional and municipal governments for the country’s worsening economic situation for imposing social distancing measures in an attempt to halt the progression of the coronavirus.

According to the latest projections from the government and economists, Brazil ended 2020 with an economic contraction of around 4.5%, the highest level in a year in several decades, but much less than expected in the first months. Pandemic, when the International Monetary Fund estimated that Brazil would contract by about 9%.

Despite the fact that most economic activities have recovered in recent months and some are operating at pre-epidemic levels, unemployment continues to rise and mistrust of entrepreneurs and investors remains high..

For many economists, the economic recovery depends on the speed and effectiveness with which Brazil runs to promote the coronavirus vaccination campaign, but the government still does not have a date to start the immunization process..

A 20-year hunt to find an extinct fruit