“the relationship has to grow” 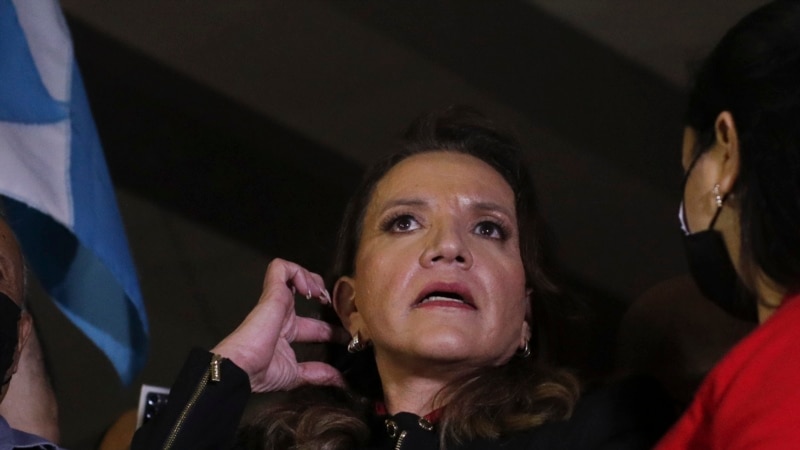 Xiomara Castro’s new government has reconsidered its campaign promise to establish relations with China, as evidenced by its commitment to Taiwan, whose relationship, according to sources close to the new president, will not only continue, but “has to grow.”

“The relationship with Taiwan continues,” she told the. Voice of AmericaPedro Barquero, who is part of the team in charge of designing the plan for the first 100 days of President Castro’s administration, added that it is “a relationship that has to grow” just like the one with the United States.

In campaigning, Castro said he intended to “open international relations with mainland China.” However, the matter was reconsidered in view of Honduras’ urgent need to restructure its foreign debt. To do so, it will need the backing of the United States to renegotiate with multilateral banks in Washington, and also the support of Taiwan to reorganize its claims with the Central American Integration Bank, of which Taiwan is the majority shareholder with 11.43% of the shares, according to the entity itself.

Apart from the usual issues on the agenda with the United States -such as investments and assistance to discourage irregular migration and drug trafficking-, “we need a lot of economic aid to be able to reschedule the debt and have access to new funds and thus be able to have what is required to make the social investment that is needed,” assured Barquero. During the pandemic, the country’s public debt soared from 48.7% to 57.4% of the Gross Domestic Product, which gives the new government little room for maneuver to implement its social agenda.

Baquero considers that the presence of U.S. Vice President Kamala Harris at Castro’s inauguration is a clear sign that the relationship between both countries is going to be very close and “obviously we are going to receive a lot of collaboration from the U.S. government to achieve our objectives”.

Debt restructurings of countries with most multilateral organizations go through the backing of the United States. The most recent was in 2021 when the White House helped Ecuador with a $3.5 billion credit through the International Development Finance Corporation, so that Quito could pay part of its debt to China and reduce credit dependence with that country.

In the case of Honduras, its external debt amounted to 11,321 million dollars, as of November 2021, according to the Central Bank of Honduras. Between 2019 and 2021, during the pandemic period, commitments to multilateral banks soared by 36% from US$4,569 million to US$6,245 million.

The former foreign minister of Honduras in 1994, Ernesto Paz, assures that the fiscal situation is too pressing because tax collection is barely being adjusted to pay the State’s operating expenses, capital and interest payments on the foreign debt.

“It is more than what we invest in health and education, so Honduras’ priority is to readjust, renegotiate, or in the last case, seek a moratorium on debt payment because the country’s viability is compromised,” said Paz.

Honduras’ debt is not only with multilateral organizations, it also requested a loan of 300 million dollars in 2019 to Taiwan, so Paz considers that it is a relationship that must be taken care of because Taiwan is also part of the solution to reorganize the debt.

“Taiwan is an extra-regional member of the Central American Bank for Economic Integration which is one of the few sources of financing that our countries have,” the former foreign minister assured.

“To us, as a country, it does not solve our problems by opening a relationship with a third country,” assures Paz, who considers that, in the field of geopolitics, an eventual decision by Honduras in the future to disown Taiwan in order to establish relations with China would not have a significant impact. “We would weaken the international position of an allied country such as Taiwan if Honduras opens relations with China and this does not really alter the balance of power worldwide”, Paz assures.

The U.S. “got its act together” with Honduras

Since the election of Xiomara Castro as president, the United States and Taiwan have been watching to see what line the new Honduran government would finally take vis-à-vis China. Before the elections, U.S. Assistant Secretary of State for Western Hemisphere Affairs Brian Nichols met with the candidates and then in December, Under Secretary of State for Civilian Security, Democracy and Human Rights Uzra Zaya met with Castro.

Taiwan followed suit to ensure the continuity of diplomatic relations between the two countries dating back to 1941.

“The president-elect already had a meeting with the vice-chancellor of Taiwan. He came solely and exclusively to visit her after the elections” said Baquero, the member of Castro’s transition team, who highlighted Taiwan’s cooperation and investments in Honduras.

Cynthia Sanborn, a researcher at the Center for China and Asia-Pacific Studies and an associate at the Wilson Center in Washington, believes that the moves made by Taiwan and the United States in the last few weeks indicate that they have been “working hard” to keep Honduras from going to the other side. [China]. The two countries sent top-level delegations to Castro’s swearing-in, including Vice President Harris and Taiwan’s Vice President Lai Ching-te.

Despite the diplomatic effort to keep Honduras in the orbit of Taiwan and the United States, Professor Sanborn believes that in any case “China is very emphatic in trying to get the few countries that recognize Taiwan to break relations with Taipei as has already happened in El Salvador and Honduras. Sanborn adds that, in the case of Central America, being “countries with many needs, they are very sensitive to what the outside world can give them.

What they think in Taipei about the pulse with China over Honduras.

Analysts in Taipei who spoke to the Mandarin service of the Voice of AmericaThe U.S. government is unlikely to cut diplomatic relations with Taiwan after the U.S. intervention.

“It’s not really about what we have done to consolidate the bilateral relationship with Honduras, it’s more about the U.S. factor,” said Ko Yo- Chih, an associate professor at National Chengchi University in Taipei.

Chang Kuang- Chiu, associate professor at Chilee University of Technology in Taipei, believes that because Washington is Tegucigalpa’s largest trading partner, and because the U.S. military maintains the Soto Cano Air Base in the Central American country, the Biden Administration sees “Honduras probably as a priority.”

Precisely the rupture of the diplomatic relationship of El Salvador and Nicaragua occurred at a time of difficulties between those countries and the United States. In the case of Honduras the circumstances are different. For the moment, the Biden Administration has expressed its desire to work with the incoming Castro government.

* Contributed by Yang An, a reporter for Voice Of America’s Mandarin service.

The dangers of 5G networks on flights and expert opinion | Software

The dangers of 5G networks on flights and expert opinion | Software