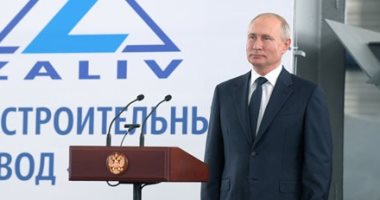 The Kremlin said that Russian President Vladimir Putin congratulated US President-elect Joe Biden on Tuesday for his victory in the elections, after Biden won in the electoral college vote that officially determines who will be the next president of the United States.

The Kremlin had said it would wait for the official election results before commenting on their findings, although other countries congratulated Biden on his victory in the days following the November 3 election.

“On my part, I am ready to interact and communicate with you,” the Kremlin quoted Putin as saying in a statement, addressing Biden.

The Kremlin added, “Putin wished the president-elect all success and expressed confidence that Russia and the United States, which bear a special responsibility for security and stability in the world, can help, despite their differences, to solve many of the problems and challenges facing the world.”

The Vicar of Dibley In Lockdown: Dawn French shares tribute to Emma Chambers