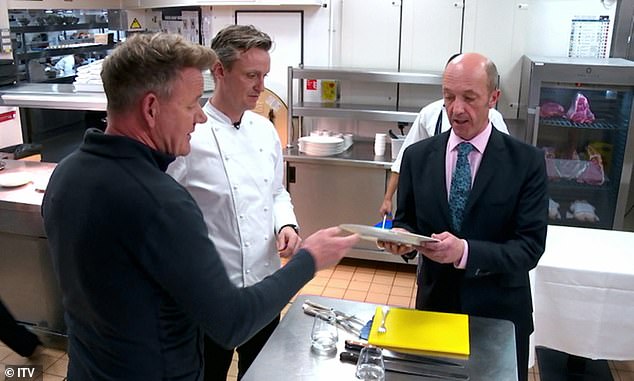 Viewers have slammed the management at The Savoy for their ‘rude’ treatment of staff after insisting the hotel’s new fly-on-the-wall documentary was ‘not a good PR move’.

ITV’s four-part production offers audiences at home a glimpse of one of London‘s grandest hotels, which has 37 butlered suites starting from £1,500 a night to a staggering £18,000.

But despite the glamour on display for guests – including private cocktail parties in their rooms, bespoke bouquets and even personalised bed linen – viewers were left disappointed with how staff at the 131-year-old hotel on the banks of the River Thames were treated.

One wrote: ‘I would feel more comfortable in a Premier Inn after knowing how the staff get treated at The Savoy.’

Self-confessed ‘tyrant’ head butler Sean Davoren, 62, who started at The Savoy in 1978, was lambasted after publicly telling-off his staff, while Savoy Grill owner Gordon Ramsay faced criticism for his foul-mouthed tirade over a chipped plate. 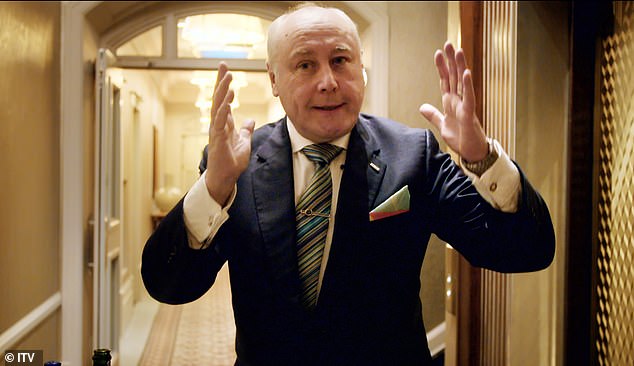 Keeping the seven-storey hotel running is head butler Sean Davoren (pictured), 62, who started at The Savoy in 1978, and strives for ‘excellence’ each morning

In last night’s episode, which sees David Hasselhoff stay at the hotel, Sean was seen putting newest butler and former actor Michael Peluso, 37, whose mother was the late Loose Women star Lynda Bellingham, through his paces.

‘I’m a little bit of a tyrant,’ Sean said. ‘When I was being trained they would hit you, throw things at you and say, “You’d better do better or you won’t be working here.” It was a good lesson but wouldn’t be appropriate now.’

A nervous Michael, who was hired by Sean without any previous butler experience, admitted: ‘I didn’t think anyone would scare me more than my father but Sean does.’

Michael was tasked with hosting a private cocktail party for returning guests motor industry boss Damien Cuming and his wife Jacqueline, from Cambridgeshire, in their £1,500-a-night suite.

He was shadowed by Sean, who to the shock of viewers, proceeds to direct and tell him off in front of the guests when Michael starts incorrectly pointing at the food on offer.

Earlier in the evening, Michael was also criticised for not having everything prepared on time, with Sean asking: ‘Have you another bottle [of champagne] ready? Now Mr Cuming will get upset if we don’t get it right. And what glasses am I going to be using?

‘I’ll go and get some for you now,’ Michael said, but clearly wasn’t moving quickly enough when Sean added: ‘Move, please.’

But Michael seemed eager to stand up for himself, and replied: ‘I couldn’t bring it up all on one table… Sean we can talk about it later, if you want to talk about it.’ 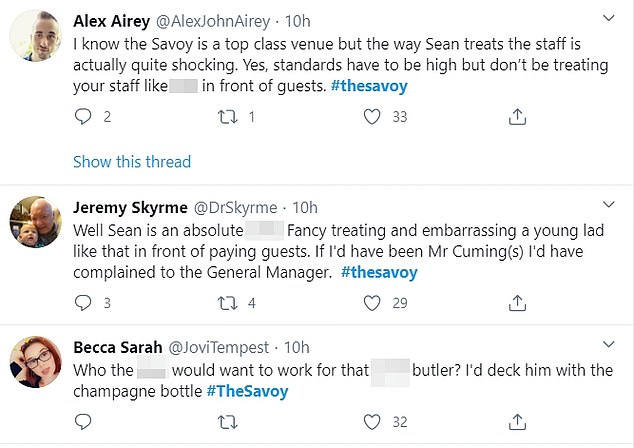 However the excuse didn’t work for Sean, who was quick to snap back with: ‘Didn’t I suggest you bring a table outside?’

‘You’re picking up an attitude at the moment. I asked you to check, now do you need to go out and smile again.’

Turning to the camera, the head butler explained:  ‘It got off to a rocky start. He got a bit of an attitude with me when I started questioning him because he wasn’t ready for the arrival and I went through this, this afternoon.’

Another added: ‘Sean and Gordon have put me off staying at The Savoy. I can well afford the same service The Cumings get but not when they treat staff like that. Disgusted.’ 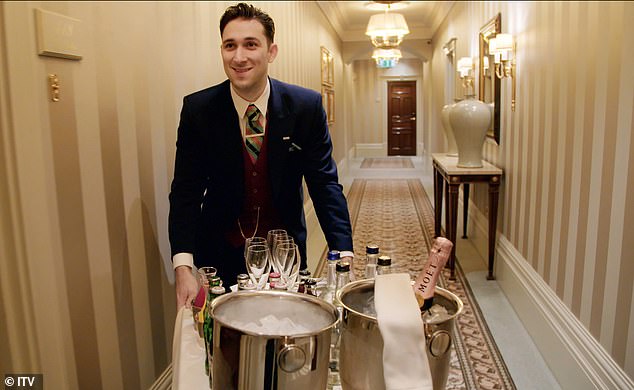 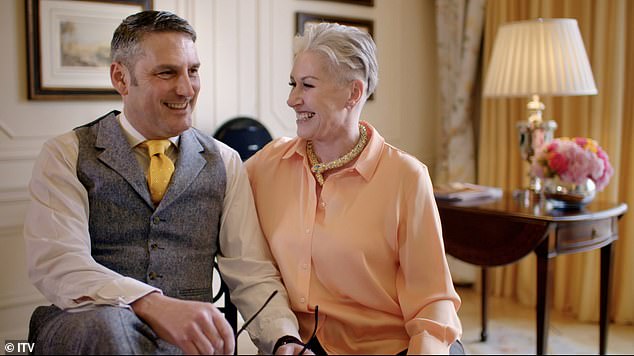 Michael was tasked with hosting a private cocktail party for returning guests motor industry boss Damien Cuming and his wife Jacqueline (pictured together), from Cambridgeshire, in their £1,500-a-night suite 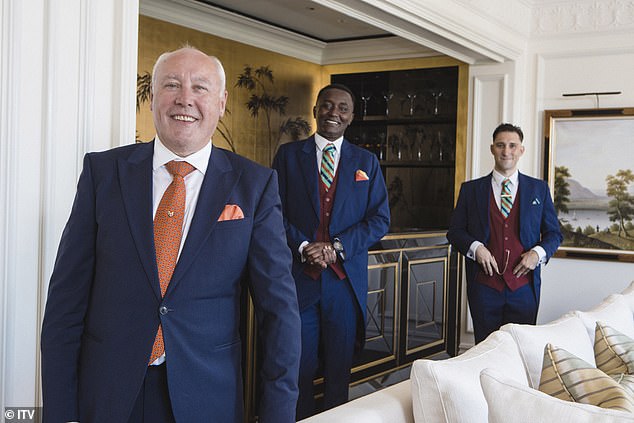 Michael was shadowed by Sean (pictured left), who to the shock of viewers, proceeds to direct and tell him off in front of the guests when Michael starts incorrectly pointing at the food on offer

A third wrote: ‘Who would want to work at The Savoy, the way management treat/talk to staff? Ramsay is the main reason I would not go to The Savoy. It all seems very tacky despite what they try to say.’

A fourth commented: ‘Is there really any need for Gordon Ramsay to swear. He’s not funny, he’s just god damn rude and pig ignorant. The management at The Savoy should not allow the staff to be spoken to like that.’

Viewers were also disgusted with TV chef Gordon Ramsay’s handling of his staff at the Savoy Grill – one of four restaurants available in the hotel.

Maitre D’ Thierry Tomasin, 51, with 30 years experience in the industry, was handpicked by owner and celebrity chef Gordon Ramsay 18 months before the documentary began to help run the establishment.

Speaking to his staff ahead of service, the Frenchman says: ‘We are not waiters, we are salesmen of pleasure. We do the je-ne-sais-quoi but I want the ooh-la-la.’

The staff were seen preparing for Gordon’s arrival during the show, with the chef trying out two new dishes and ensuring his front-of-house was up to scratch. 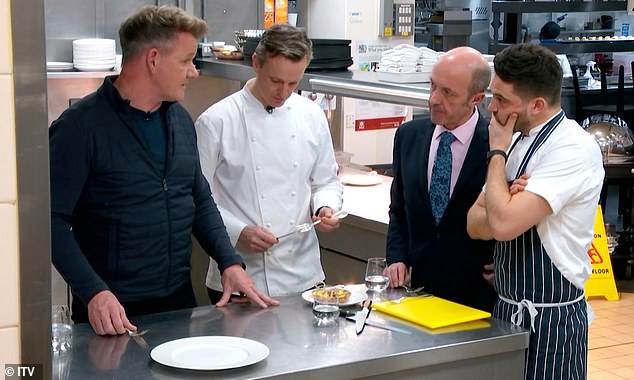 Gordon (pictured left, with his staff) is left disappointed after finding a cracked plate, being served duck with a blunt knife and finding little haddock in the £12 fish omelet 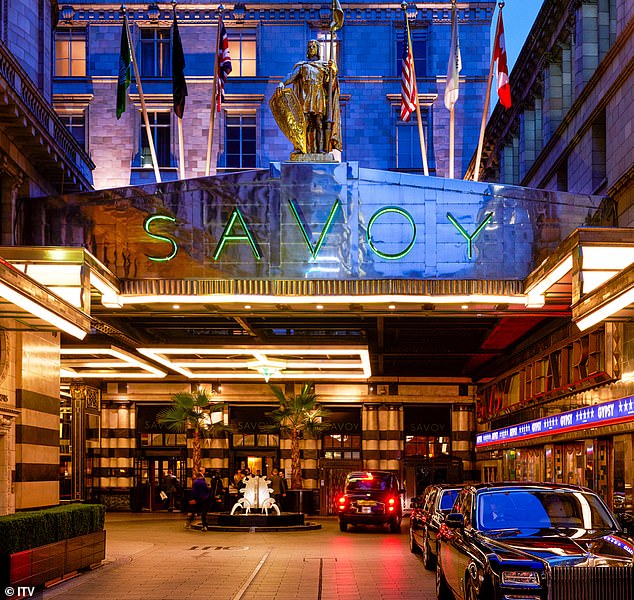 It’s synonymous with luxury, glamour and VIP treatment – and a glimpse of The Savoy (pictured) was offered without the grand expense thanks to a new fly-on-the-wall documentary, starting last night

However, Gordon left disappointed after finding a cracked plate, being served duck with a blunt knife and finding little haddock in the £12 fish omelet.

Waiters are expected to flambé, carve and fillet dishes in front of diners, but Gordon is less than impressed with Thierry’s carving skills.

The dining manager explains that his freshly sharpened knife has been switched for a blunt one as he tries to carve the meat, with Gordon saying: ‘You’ve turned a beautiful duck into roadkill.’

‘Today wasn’t good,’ admits Gordon. ‘Nowhere near my standards. The Savoy Grill for me is about prestige. My name’s on the door so I want it right and today was just not good enough.’

Khamenei: The Westerners lie and want to take the elements of power from Iran

Sports owners that have donated the most to political causes

Bomb squad is called after RV explodes in Nashville

Here are tweaks Seahawks, Ravens and 2 other NFL playoff contenders should consider