The school for spies: Now on sale for £2.25m, it was a top-secret academy for secret agents


The grounds of a stately mansion in a beautiful but remote corner of the Scottish Highlands, and a tall, genial young man with a moustache and the tattoo of a fish on his left arm — he’s nicknamed ‘Fish’ for John Fisher — is creeping through the dark.

In his hand is a double-bladed dagger, designed for silent killing: a sharp thrust to the throat and the victim slumps dead in a pool of blood.

He is a master of close, unarmed combat and fieldcraft — how to stalk an enemy unseen and how to survive in the wild — as well as how to use explosives, a Sten gun and pistol.

He had been sent to Arisaig House on the west coast of Scotland to learn what wartime Prime Minister Winston Churchill called the art of ‘ungentlemanly warfare’. 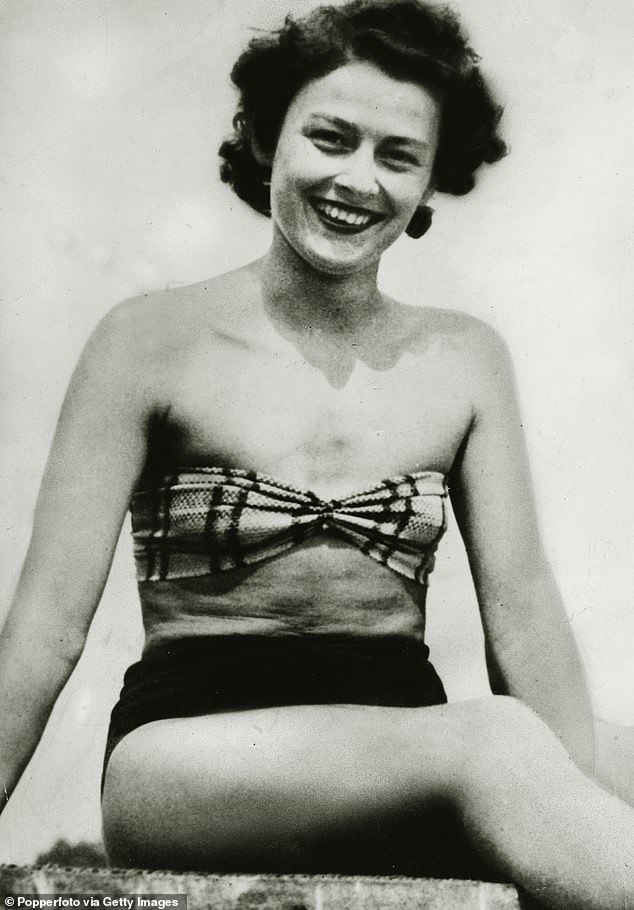 The SOE’s network of training schools was considered fearsome. Among them were SOE agents Violette Szabo (pictured), who was dropped into France, captured by the Gestapo and died in Ravensbruck concentration camp in Germany

John Fisher was my great-uncle — one of around 3,000 agents trained in northern Scotland by the Special Operations Executive, SOE. Churchill had launched SOE in 1940 to ‘set Europe ablaze,’ using sabotage and guerrilla warfare and working with local resistance groups to disrupt and undermine the enemy’s operations.

But in time it was not just Germany they had to take on but Japan, too. And John — whose peacetime role was as a colonial administrator in Sarawak, Borneo — had been recruited in 1944 by SOE to return to the country to fight the Japanese occupiers.

Audaciously, the plan was that he, together with operatives from Australia, Malaya and other countries, would work alongside local Dayak tribes, wreaking havoc behind enemy lines in preparation for an Allied landing on Borneo.

Arisaig had been requisitioned during the war as one of SOE’s Special Training Schools around the country and it specialised in commando skills for agents destined for the field. 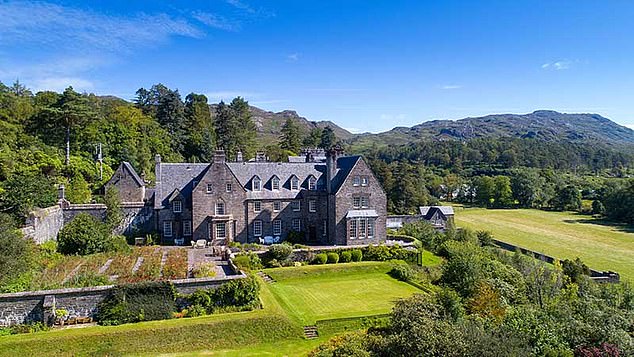 The grounds of a stately mansion in a beautiful but remote corner of the Scottish Highlands, and a tall, genial young man with a moustache and the tattoo of a fish on his left arm — he’s nicknamed ‘Fish’ for John Fisher — is creeping through the dark. Pictured: Arisaig House

This week, the forbidding grey stone mansion — now a guest house — was placed on the market for £2.25 million. It comes with 12 bedrooms, several other estate houses, 18 acres stretching down to the sea, woodlands and a private jetty — and a breathtaking secret history linked to death, destruction and, on occasion, peculiarly British mayhem.

A pier on a nearby loch was all but destroyed, for instance, when some trainees used too much explosive during one exercise. Limpet mines were stuck to the sides of the wrong boats, to the fury of local fishermen. Another time, one SOE student used explosives to dynamite a salmon pool — the locals all enjoyed eating the results. Only a few years ago a bomb disposal team was called to deal with five unexploded bombs.

Arisaig had been chosen by the SOE because it had a railway line, a coastline to practise amphibious landings, rugged terrain for survival exercises, and above all because it was remote.

The entire area including the village of Arisaig was sealed off as a ‘Special Protected Area’, far from prying eyes. 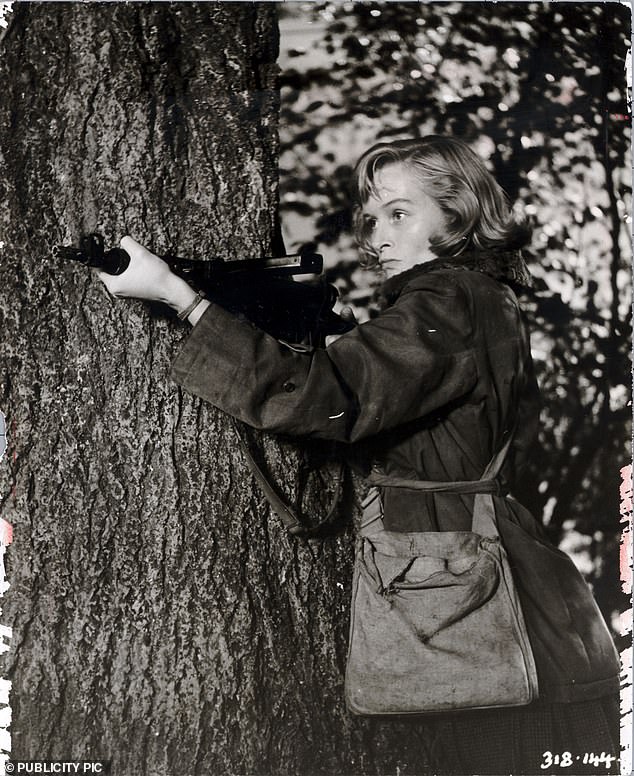 A story of Violette Szabo was told in the book Carve Her Name With Pride and film of the same name, starring Virginia McKenna (pictured)

The SOE’s network of training schools was considered so fearsome that the Germans referred to it as the ‘International Gangster School.’ And Arisaig’s alumni were extraordinary not only in their bravery and skill — but also their ruthlessness.

Among them were SOE agents Violette Szabo, who was dropped into France, captured by the Gestapo and died in Ravensbruck concentration camp in Germany — a story told in the book Carve Her Name With Pride and film of the same name, starring Virginia McKenna. Another was Nancy Wake, who is credited with saving the lives of hundreds of Allied soldiers and downed airmen between 1940 and 1943 by escorting them through occupied France to safety in Spain.

There was French-born Odette Hallowes, whose heart-stopping experiences also caught the world’s imagination on celluloid. She worked undercover in France during the war, but was captured, interrogated and tortured, and in July 1944, sent to Ravensbruck. There, she endured months of solitary confinement and death threats, but she survived, never revealing her secrets to the Nazis.

Tom Harrisson, an anthropologist in peacetime, emerged from Arisaig awestruck by the many dark arts he learnt: ‘Coding, disguise, hiding, searching, tailing, passing on syphilis, resisting pain, firing from the hip, forgery and the interception of mail . . . the acquisition of so much criminal and lethal knowledge gave a kick of self-confidence,’ he wrote.

Harrisson would go to to fight the Japanese with my great-uncle John Fisher.

Then there were the fieldcraft instructors. They included poachers and gamekeepers who taught the recruits how to live off the land, to move silently and stalk their prey — animal or human.

One of the more colourful was Gavin Maxwell, an Army officer and highly skilled sniper who would go on to write Ring Of Bright Water, the iconic account of his life with his pet otter. He taught his charges how to eat mussels and limpets off the rocks, to kill and eat birds, cooked or raw, and the art of basic butchery.

He also taught weapons training — how to strip, reassemble, load and fire firearms in the dark. He was an extraordinary sharp-shooter himself. In her book Our Uninvited Guests: The Secret Life Of Britain’s Country Houses 1939-45, the author and historian Julie Summers tells how Maxwell would shock students playing ping-pong in rare moments of relaxation by bursting into the room and shooting the ball mid-air.

But perhaps the most notorious instructors were the pair known as the Heavenly Twins because their specialist subject was despatching people to the afterlife. With their spectacles, William ‘Dan’ Fairbairn and Eric ‘Bill’ Sykes looked like ‘dear old gentlemen’ according to one trainee — but were in fact lethal killers.

They had served as policemen in the violent, febrile city of Shanghai before the war and had developed a form of self-defence for imperial policemen, a combination of ju-jitsu and karate. Fairbairn had many techniques to impart to the trainees but each of them, one drily recalled, ‘ended with the phrase “and then kick him in the testicles” ’.

Sykes, who had the benevolent air of a vicar, possessed enormous hands with which he demonstrated the skill of strangulation. It was these two who had designed the famed SOE double-bladed dagger, named after them, carried by John Fisher that night. Its primary purpose was silent killing, despatching an enemy with a thrust to the carotid artery in the neck.

Another instructor was a safe breaker, released from prison and installed at Arisaig to teach students how to break locks and set small charges, while trainees were taught how to board and leave a train travelling at speed and to blow up railway tracks. If the students were deployed in the field there would be no room for mistakes. They faced torture, imprisonment and often execution if they were caught. Little wonder that they wanted to live life to the full while they could.

‘We used to drink like fish in the evenings after the day’s work and talk about everything under the sun,’ recalled one instructor.

Fisher survived the course. He and Harrisson were both dropped into Sarawak where the Dayak tribes they joined up with had little need for instruction in the art of silent killing since they were experts with blowpipes and poison darts, which they used with brutal accuracy against the Japanese in the jungle, removing their heads with a sharp knife afterwards.

Silent, effective — the instructors at Arisaig might have approved.

Annabel Venning is author of To War With The Walkers: One Family’s Extraordinary Story Of The Second World War, published by Hodder & Stoughton at £10.99.