A brand new gin has been released on the market by the award-winning brand Old Youngs as a 10 year old passion project by CEO James Taylor.

Named Gingin Gin, the bottle is a love letter to the small town of GinGin in Northern Western Australia where the liquor is made.

The founder of Old Youngs and back to back Distillery of the of the year award recipient James Taylor, spoke to Daily Mail Australia on the launch of his passion project. 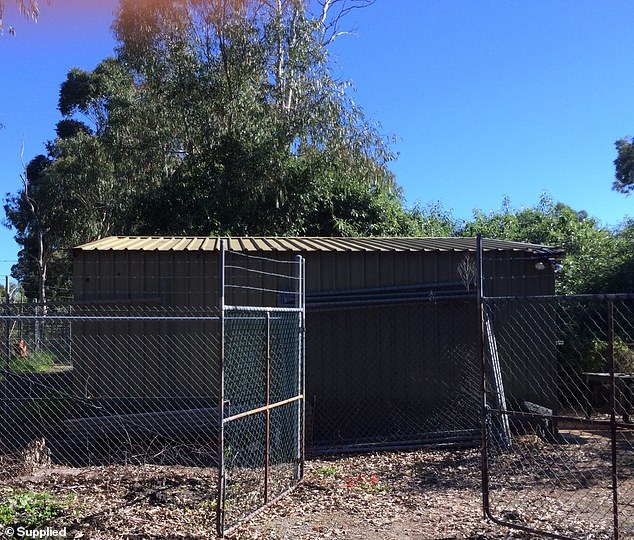 The original tin shed (pictured) is getting an upgrade, as James Taylor moves to ditill his new Gingin Gin in Perth 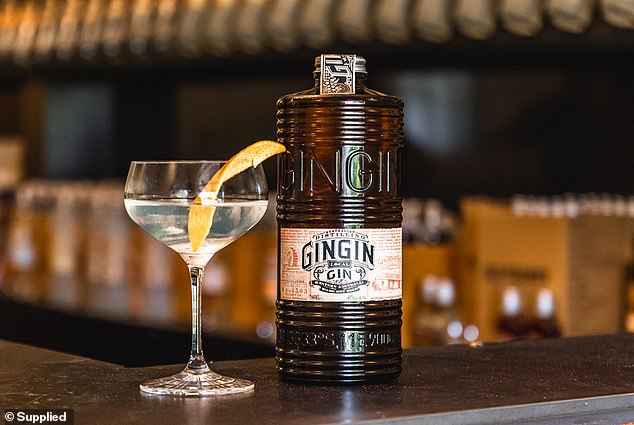 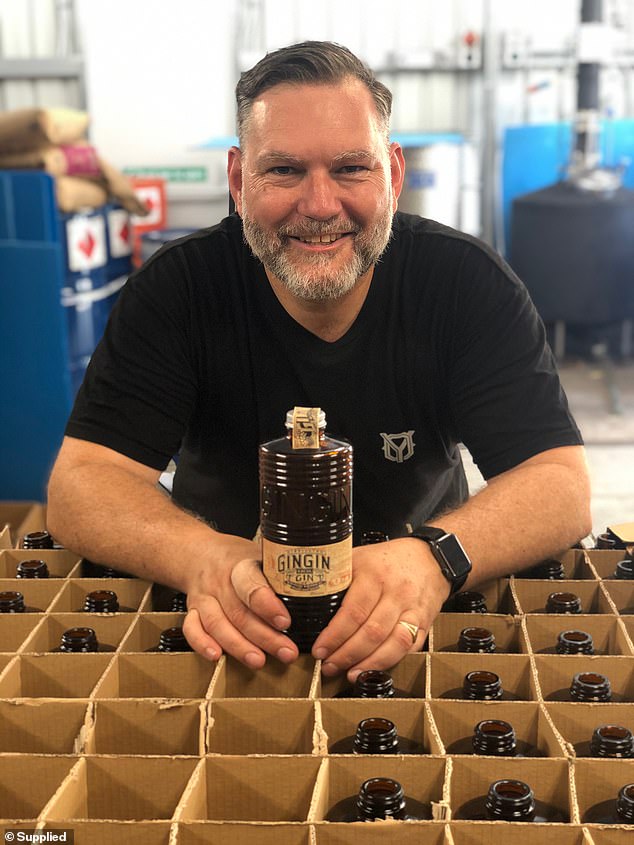 ‘I am exceptionally excited and proud to see Gingin Gin out into the world, it’s all everyone has heard me talk about for the last eight to ten years’.

‘People have said to me, ‘I have this idea of making gin in GinGin’, but guess what? I finally did it’, he said.

Mr Taylor describes the liquor as a deep love letter for the town of GinGin, a place he holds close to his heart since childhood, when he would pass the town during regular road trips with his parents.

‘The town has always been at the back of my mind, I could never shake it off’, he said. 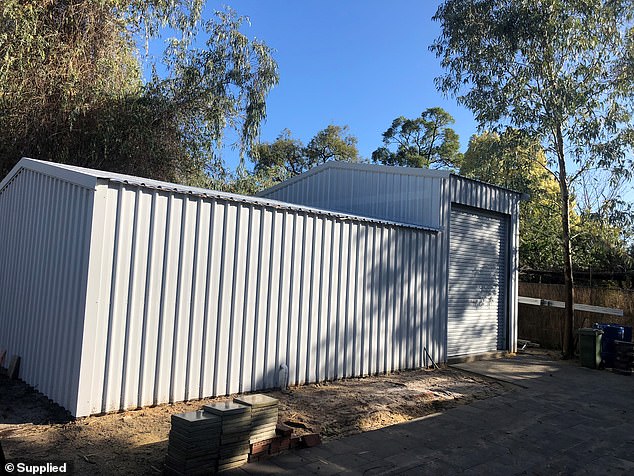 From humble beginnings. The old tin shed where Old Youngs began in 2016 (pictured) 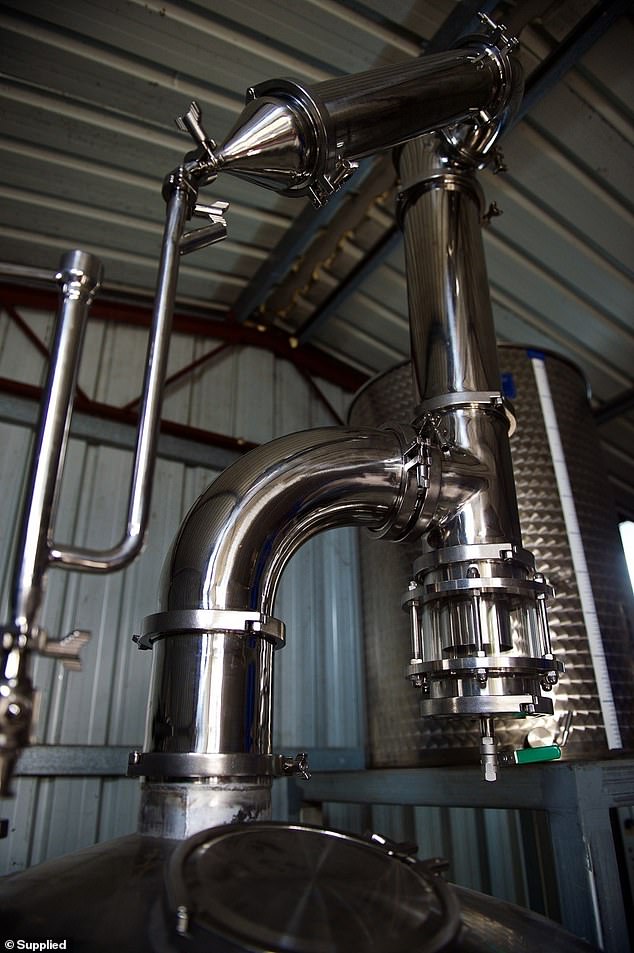 His love affair continued not only into the name, but the liquor itself as the gin boasts three local ingredients from the town.

‘I wanted to make sure the gin included local produce from the town, so it has olive leaf, lemon and orange peel from GinGin’, he said.

‘But it’s a fusion really, of exotic flavours such as almond, licorice, green tea. I wanted the gin to be to be contemporary classic by giving a classic drink a more contemporary style’.

It was finally on the 24th recipe that Mr Taylor was satisfied that the gin gave its namesake the justice it deserved.

But the love affair with the small town of GinGin doesn’t stop at the liquor’s name, as Mr Taylor said the idea has been on his mind for 10 years, stored as a beloved passion project.

‘I was never just going to bang out Gingin Gin, so I’ve taken everything i’ve learnt from the last four years in the industry and i’ve put it into this project’.

Mr Taylor said that his new gin will be made in a new distillery right in the heart of GinGin.

‘I knew when I got the chance to do this project, that it had to be gin made in GinGin’.

‘The bottle itself has the coordinates of GinGin around it’, he said.

The new distillery is a major advancement for Mr Taylor, who started the Old Youngs in a small and sweltering hot 36 square meter tin shed.

‘The company started from very humble beginnings. We started in a 6 meter by 6 meter garden shed’.

‘I remember the shed wasn’t insulated and it would get up to 57 degrees inside, so we would step outside into 42 degrees to cool off’, he said.

But the humble shed could only make a 5,000 to 6,000 bottles of gin and vodka every month, limiting Old Young’s ability to outstrip customer demands.

The new upgrade to a 200 square meter distillery and new tasting room in GinGin will allow the company to have a greater production capacity.

‘In our new facility in GinGin, we have the capacity to make 15,000 to 20,000 bottles a month and keep up our production to meet demand’.

‘We are lucky to have our new place and it’s a great place to make home as the permanent home for Gingin Gin’, he said. 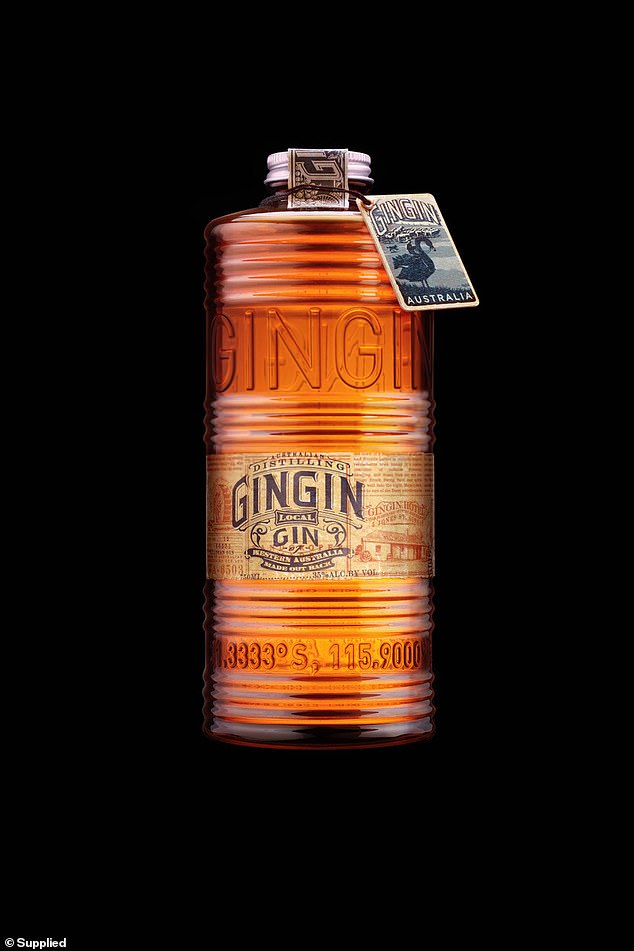 The first batch of Gingin Gin (pictured) has already sold out, with $1 from every bottle sold going straight back into the Gingin community

Mr Taylor sees this new venture as more than just a passion project, but as a way to give back to the town of GinGin, where his inspiration first began as a child.

For every bottle sold, $1 will be donated right back into the community, as Mr Taylor said he wanted their actions to be bold and upfront.

‘We have already sold out of our first batch, so already that money will go to the local footy club, Rotary club or even the local men’s shed for example’.

‘But when 50,000 bottles are sold, we’ll have $50,000 to bring to the local council and propose building a community nature strip or something to benefit the community’, he said.

Mr Taylor said  the creation of Gingin Gin, is a direct investment into the town.

‘Our gin is going to be here for the long run, so we are committed to investing into the fabric of the community of GinGin’.

Gingin Gin is available to buy from Old Young’s Swan Valley Tasting Room as well as online from oldyoungs.com.au 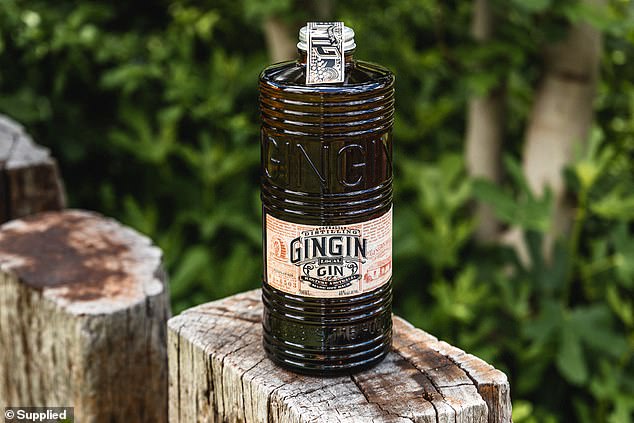