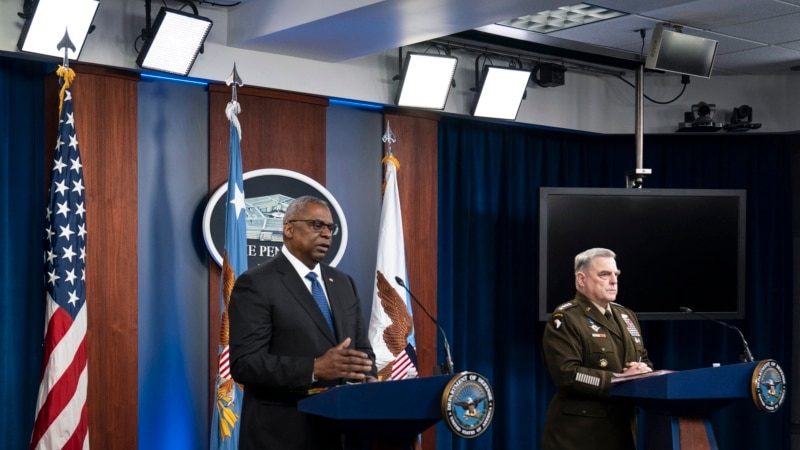 The escalation of tension over Russia’s threats to attack neighboring Ukraine. prompted the United States on Friday to reaffirm its commitment to support the interests of its NATO allies.

“An attack on one NATO member is an attack on all,” U.S. Defense Secretary Lloyd Austin told a news conference citing Article 5 of the international organization. “That includes strengthening the security of NATO’s eastern flank,” he pointed out.

Ukraine is not a member of NATO, an organization of 30 member states, and whose potential enrollment has triggered threats from MoscowMoscow has for several weeks now stationed at least 127,000 troops on the borders of the neighboring nation.

Russian Foreign Minister Sergey Lavrov assured hours earlier that Moscow will not start a war, but warned that it will not allow the West to attack its security interests. “There will not be a war as far as it depends on the Russian Federation, we do not want a war,” the foreign minister said in a radio interview with various local media.

Washington has appealed to the diplomatic track, with high-level meetings with the Kremlin, NATO and other European partners, however, the demands of President Joe Biden’s administration were rejected late this week by Moscow.

“Conflict is not inevitable,” Austin insisted, encouraging Russia to de-escalate tensions in the face of a growing threat to invade Ukraine.

Alarm bells have been ringing at the similarity of the situation to that of 2014, when President Vladimir Putin ordered the annexation of the Crimean peninsula in Ukraine, arguing to defend the interests of pro-Russian citizens there.