The United Nations allocates $ 1.5 million to combat locusts in Kenya 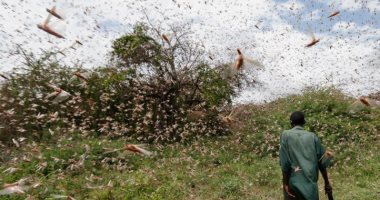 According to Farhan Haq, Deputy Spokesman for the UN Secretary-General, “The money will go to the Food and Agriculture Organization (FAO) response, which includes air and ground surveillance and spraying pesticides.”

He added, “Since December 21, 2020, many swarms have begun to form in eastern Ethiopia and central Somalia after Cyclone Gati.” They have entered northeastern Kenya and are likely to spread throughout the northern and central provinces.

“Swarms, if not controlled, could destroy crops and pastures and threaten the livelihood and food security of about 3.6 million people across the region and in Yemen, including 173,000 people in Kenya,” he said, noting that in response to this, the organization extended its plan. For the locust response through June 2021 however, more donor funding is urgently needed to contain the desert locust threat in the region.

How will the Expo 2020 pavilions in Dubai try to provide solutions to the world's challenges?