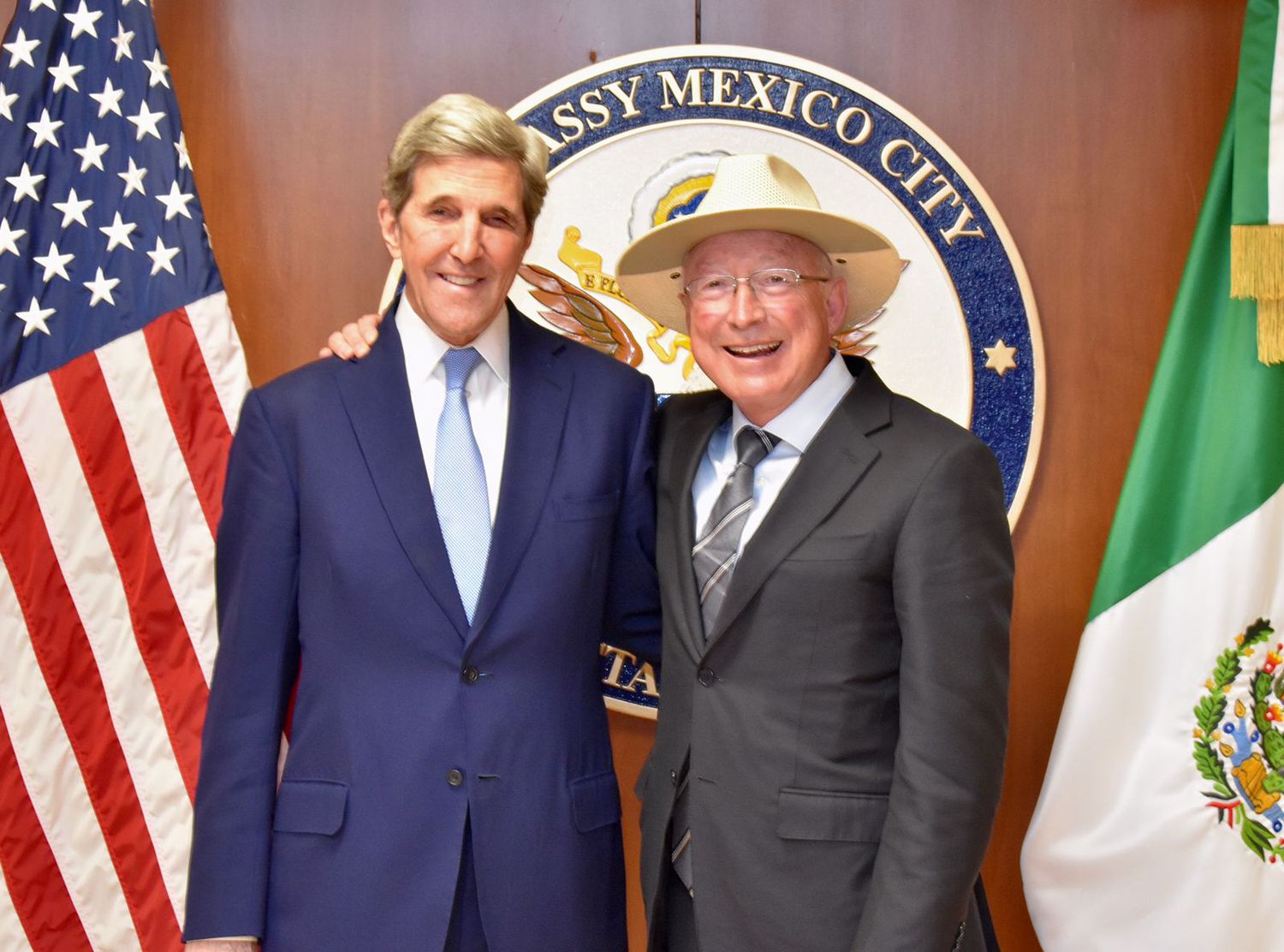 Good tone and courtesy typical of fluid diplomatic relations, but underlying discrepancies. The visit to Mexico of the White House Climate Envoy, John Kerry, ended without substantial progress, at least with respect to the main purpose of the trip. The United States made a series of requirements to President Andrés Manuel López Obrador so that the energy policy of his government and, specifically, the electrical reform that he proposes, does not harm the investments of the neighboring country, which focus on clean sources. This has made it clear that the initiative -whose vote is scheduled for Easter in the Chamber of Deputies- “remains as it is”. The Joe Biden Administration, however, is not giving up and this Friday afternoon has reiterated its concern about the review of the current model, which it leaves in the hands of a state company, the Federal Electricity Commission (CFE), the majority management of the sector.

Washington has spoken through a statement from the Embassy, ​​which indicates that “during their visit, Kerry and Ambassador Salazar reiterated the important concerns that the United States has raised about the changes in Mexico’s energy policy, both the constitutional amendment proposed as the changes to the Law of the Electricity Industry”. In the extensive meeting held with López Obrador and senior officials of the Mexican Executive, the US delegation insisted on “the possible violation of the fundamental obligations of the T-MEC.” The risks for the commitments of the trade agreement between both countries and Canada are not new. Both the White House and the Mexican opposition have stated this on several occasions, but the statement once again highlights that the electricity reform compromises “billions of dollars of potential investment in Mexico” and represents an increase “in greenhouse gas emissions. greenhouse”.

Ambassador Salazar opted at the beginning of the year to play the diplomacy card and held meetings with leaders of Morena, the party that supports the government, to explore the possibility of negotiating some change. Among them, Ricardo Monreal, head of the Political Coordination Board of the Senate. The reality is that the government sector does not have sufficient numbers to undertake a modification of the Constitution and López Obrador’s attempts to pressure the PRI have not yet borne fruit. But there is another way to change the electrical system and it is through the amendments to the current legislation. The law was already redesigned last year, but has not yet entered into force. It is paralyzed in the courts by a flood of resources and the Supreme Court of Justice of the Nation (SCJN), the highest constitutional court in the country, has the key to unlock it.

With these premises, Envoy Kerry and Ambassador Salazar discussed with López Obrador “the basic principles that should guide policy in the energy sector, including the rapid acceleration of renewable energy, the promotion of the economic integration of North America” The president “agreed that these are important principles”, however, during the morning press conference this Friday he was not open to listening to Washington’s requests. This was the third trip to Mexico in five months for Joe Biden’s Climate Envoy, reflecting the importance of the bilateral agenda. In this context, Kerry “reaffirmed that the renewable energy projects led by the United States in Mexico exemplify the rapid and significant deployment of renewable energy that can generate thousands of jobs in Mexico, reduce energy costs for the Mexican people and reduce emissions of greenhouse gases to help limit global warming.

The protection of American investments is, ultimately, the priority of these trips. “The existing projects and contracts that a large number of renewable energy providers in the United States have with the Mexican Government represent a solid foundation for the development of the future of clean energy in North America. Full implementation of and adherence to our trade agreements is necessary to promote our shared interests and regional competitiveness,” the statement said. “We are at a crucial moment. We must accelerate the fight against climate change, and to do so, we need to work together to seize the economic opportunity that clean energy development presents,” Kerry stressed.

Jen Psaki plans to leave the White House for MSNBC