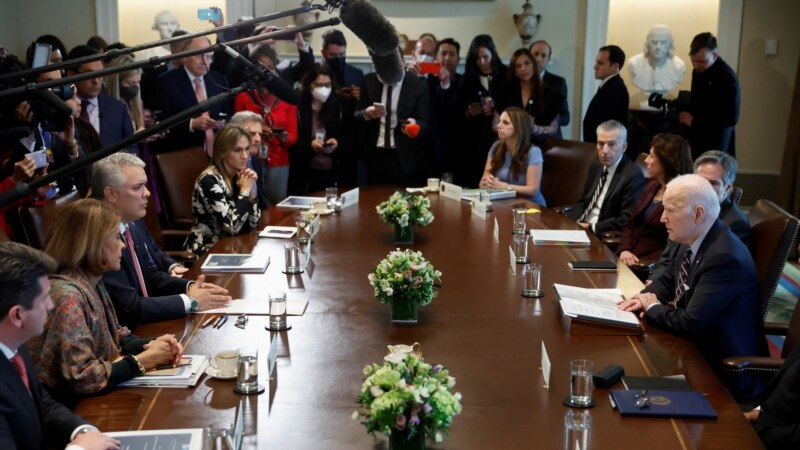 The United States will name Colombia as a “strategic ally” outside NATO, President Joe Biden announced Thursday at a meeting with his Colombian counterpart, Iván Duqueat the White House.

Colombia will be the third Latin American country to obtain this designation from the US, which allows it to obtain material and US military cooperation. “It is a recognition of the unique and close relationship that exists between our nations,” said President Biden in his meeting with the Colombian delegation in Washington DC

For his part, Duque thanked Biden for the measure and assured that it is a “recognition of the values ​​and principles” that governments share. The meeting marks the first time that the leaders have met since the American assumed the presidency in January of last year, and it takes place less than six months before the Colombian leaves the presidency.

The US president also announced during his meeting with Duque that he plans to sign a regional declaration on migration issues during the Summit of the Americasto be held in June in Los Angeles.

The declaration will include more aid “for countries like Colombia that host a large percentage of migrants” and ways to expand resettlement and other “legal pathways” into migration, the president said.

Colombia is the country that has welcomed the most Venezuelan migrants in the world, with more than 1.8 million people, according to UN figures.

US visit to Venezuela does not change Colombia’s position

After the meeting with Biden, President Duque did not want to answer questions from reporters about whether both leaders addressed the issue of Venezuela. an American delegation traveled to Venezuela for the weekend, breaking years of diplomatic silence between the two countries.

“I am not going to answer for the United States because I think that corresponds to the authorities of this country (…) for us Nicolás Maduro is a dictator,” Duque said when asked what he talked about with President Biden about the trip. US officials to Caracas.

Duque added that both countries agree that the solution to the situation in Venezuela “is through a return to democracy.”

Media reports have reported that the US raised with Venezuela the possibility of lifting oil sanctions to bring crude oil from the South American country to US refineries, as a result of the increase in oil prices due to the war in Ukraine. However, this extreme was rejected by the White House this very Thursday.

Duque said Monday, before his meeting with Biden, that the US “must reflect” on the possibility of lifting sanctions on Venezuela.