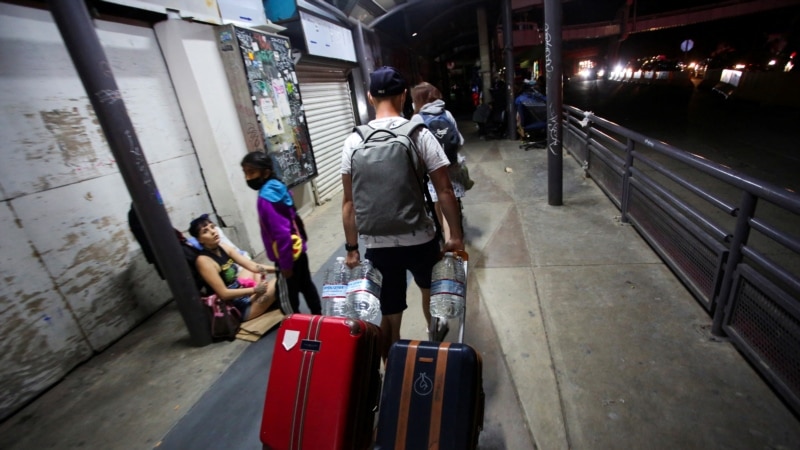 Despite the relaxation of health restrictions, the United States plans to maintain Title 42 in forcea provision that allows the automatic expulsion of undocumented migrants by invoking the coronavirus pandemic.

The validity of the guideline, assured the US Secretary of Health, Xavier Becerra, will depend on the scientific evidence.

“The moment science says that there is no use or that Title 42 should be lowered, it will be lifted,” the official explained at a press conference.

Becerra assured that, with the probable appearance of new variants, this law will protect the American people from new infections.

“This pandemic is not over, this pandemic can change at any time. Many of the people who are on the border do not qualify under the laws of this country, of the United States, to stay here,” assured the head of the Health portfolio.

The Biden Administration has not withdrawn the regulation, put in place by the government of former President Donald Trump, which de facto closed the border for asylum seekers and migrants, alleging public health reasons due to the pandemic.

At the time, the Trump administration’s decision to implement the order was met with criticism from organizations human rights defenders, who accused the administration of using the pretext of the pandemic to close the border.

However, unlike the thousands of immigrants who still remain at the border, Ukrainians fleeing the invasion Russian have been able to enter US territory due to a humanitarian exception.

Becerra explained that this is due to the conditions from which the Ukrainians are fleeing: “they have had to flee from a war, something that is recognized as something that is allowed for those who are refugees.”

The official said the Department of Health already has the resources to help Ukrainian families arriving as refugees settle in the United States under a quota of 100,000 people announced Thursday by President Joe Biden.

* With the collaboration of Alejandra Arredondo, VOA journalist, from Washington DC.