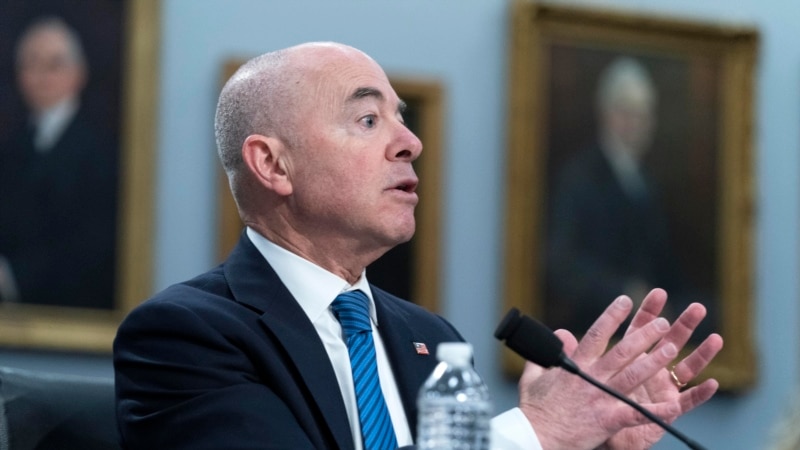 US Homeland Security Secretary Alejandro Mayorkas said Wednesday that the government is preparing for different scenarios regarding the possible suspension of a guideline that allows for the expedited expulsion of migrants at the southern border.

“We started extensive planning and preparation since September of last year. [y] we are preparing for different scenarios,” Secretary Mayorkas said at a House hearing.

The rule, known as Title 42, was implemented by the government of former President Donald Trump and allows immigration authorities to return migrants to Mexico without presenting their immigration cases, based on health arguments in relation to the COVID-19 pandemic. 19.

The administration of President Joe Biden planned to lift the restrictions on May 23, Mayorkas announced in early April. However, on Monday a federal judge in Louisiana temporarily blocked CDC order to end Title 42.

Asked about the possibility of the order extending beyond the deadline that the government had established, Mayorkas responded that the responsibility of the Department of Homeland Security (DHS) was to implement Title 42 “according to the law.”

“Our responsibility (…) is to implement it effectively and sensibly according to the law,” the secretary assured before the Appropriations Committee of the House of Representatives.

Mayorkas explained that the government “is aware” that the border restriction was not going to “be in place forever” and that is why they began preparing for its eventual end last year.

The official noted that although it is “very difficult to predict the level of migration” that the authorities will face once Title 42 is lifted, it will be greater proportions than seen so far.

“We expect migration levels to increase as human traffickers seek to take advantage of and benefit economically from vulnerable migrants,” he argued.

The Homeland Security secretary added that, among preparedness measures, his department has asked for a budget increase to hire 300 new Border Patrol agents and plans to vaccinate migrants arriving at the border.

“We are making progress towards the goal of vaccinating up to 6,000 migrants daily in more than 20 facilities across the border,” he stressed.

The US is facing one of the largest migratory waves of the last 20 years. According to dispatches from the Office of the Border Patrol (CBP), the authorities detained migrants 221,303 times on the border with Mexico during the month of March, an increase of 34% compared to the previous month.

Texas Governor Greg Abbott sent to Washington D.C. last week to more than a hundred migrants who were released from a detention center in that state.

“Undocumented immigrant arrested, accused of trafficking, prostitution and sexual assault on a teenager in San Antonio. We will not tolerate being invaded by dangerous criminals. It is time for speedy justice in Texas,” the governor tweeted on April 21.