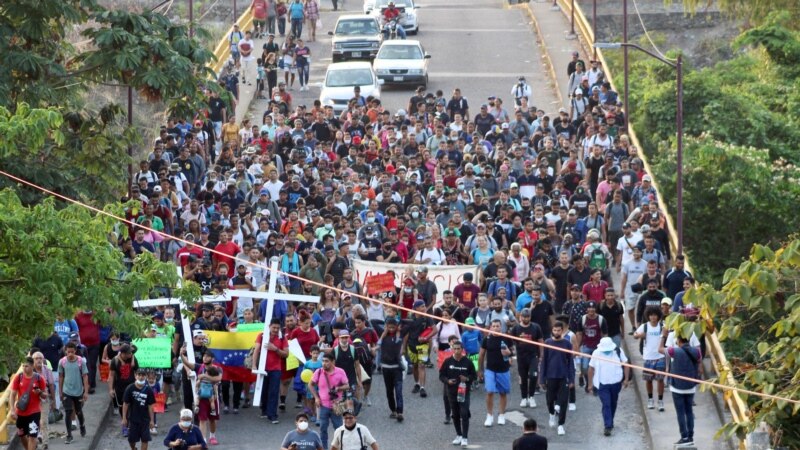 US border authorities intercepted 210,000 migrants trying to cross the border with Mexico in March, the highest number in two decades, underscoring the challenges for US President Joe Biden.

The data shows an increase of 24% compared to the same month of the previous year, when 169,000 migrants were located at the border.

Biden, a Democrat who took office in January 2021, he pledged to roll back many of the tough immigration policies of his Republican predecessor, former President Donald Trump, but She has had troubles both operational and political with a large number of crossing attempts.

While more than half of the migrants found at the US-Mexico border in recent months have come from countries such as Mexico, Guatemala, Honduras and El Salvador, a growing number are arriving from more remote places, like Russia and Ukraine.

The 210,000 migrants intercepted in March, a figure made public in a court filing late Friday, is the highest monthly total recorded since February 2000, according to U.S. Customs and Border Protection statistics dating back to this year.

Another 11,000 migrants tried to enter a legal crossing along the southwestern US border in March without a valid visa or permit, according to the court filing.

About half of the migrants found in March were expelled under a recently repealed order by the Biden Administration, known as Title 42, according to the document.

Washington: A next phase of the war will start soon.. Moscow shoots down a Ukrainian cargo plane and warns the West and Kiev denies Russia’s control of Mariupol | News

Washington: A next phase of the war will start soon.. Moscow shoots down a Ukrainian cargo plane and warns the West and Kiev denies Russia's control of Mariupol | News