The US processes documentation for “possible war crimes” in Ukraine 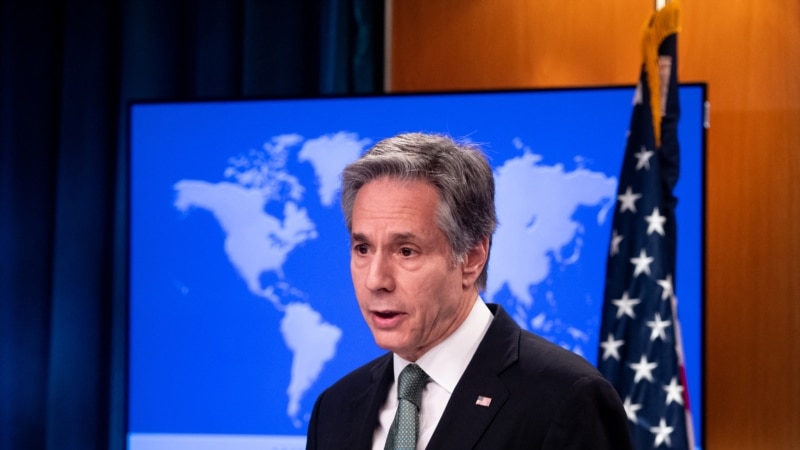 One day after President Joe Biden described Vladimir Putin as “a war criminal”, the State Department reported that it is working on the process of a formal declaration against the Russian president for the invasion of Ukraine.

“I personally agree that targeting civilians is a war crime. After all the destruction of the last three weeks, it is hard for me to conclude that the Russians are doing the opposite,” Blinken told a news conference on Thursday.

To questions from reporters, the Secretary of State added: “Our experts are in the process of documenting and evaluating possible war crimes that are being committed in Ukraine.”

In his arguments, Blinken linked several facts, including the bombing on tuesday of a theater in the city of Mariupol where hundreds of people were sheltering and the attacks on civilian hospitals and schools.

Responsible for the investigation

On Tuesday, the US Senate confirmed Beth Van Schaack as Washington’s ambassador for global criminal justice. Blinken reported that she will be in charge of leading the efforts of the State Department to “document and evaluate the possible war crimes that are being committed in Ukraine.”

White House spokeswoman Jen Psaki later told reporters that “a legal process at the State Department may take time,” referring to the investigation to declare President Putin a “war criminal.”

President Biden himself insisted on Thursday in denouncing the “brutality” of the Russian president during a conversation with the Irish Prime Minister, Micheál Martin. “Putin’s brutality and what his troops are doing in Ukraine is just inhumane,” he said.

For his part, Blinken concluded: “We will make sure that our findings help international efforts to investigate war crimes and point out those responsible.”

Both the Executive and the State Department have insisted, during the more than 20 days of Russian invasion, on the defense and care of US citizens, repeatedly encouraging them to leave Ukrainian soil. That has not prevented, however, the death of an American in the conflict.

Blinken confirmed that an American was killed in Ukraine on Thursday, without offering further details.

Later Thursday, the family of the deceased confirmed his identity. Jimmy Hill was killed in the northern Ukrainian city of Chernihiv while waiting in a bread line amid Russia’s ongoing invasion of Ukraine, his family reported Thursday afternoon in a Facebook post, quoted by Reuters.

“My brother Jimmy Hill was killed yesterday in Chernihiv, Ukraine. He was waiting in a bread line with other people when they were shot by Russian military snipers,” Hill’s sister wrote, adding: “His body was found in the street by the local police.”

Developments of Russia’s war on Ukraine today.. Russian forces are besieging Kyiv from the north, London and Washington confirm the slow progress of the military operation | Politics news

Developments of Russia's war on Ukraine today.. Russian forces are besieging Kyiv from the north, London and Washington confirm the slow progress of the military operation | Politics news