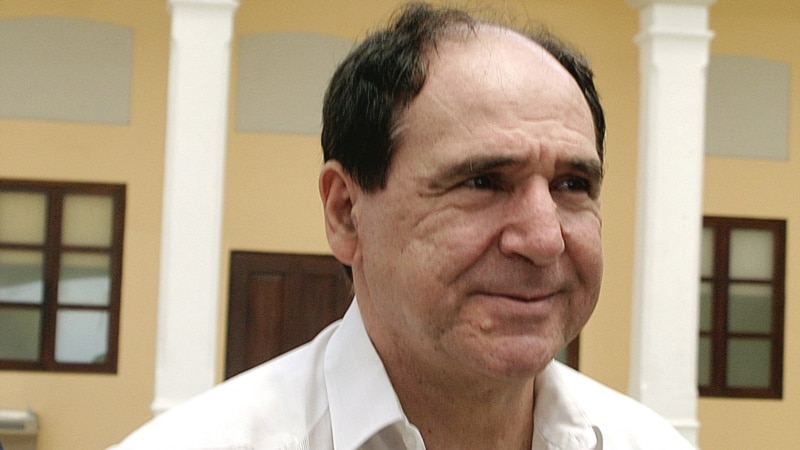 The United States banned former Ecuadorian President Abdalá Jaime Bucaram Ortiz (1996-1997) and his family from entering the country for their alleged “participation in significant acts of corruption,” the State Department reported in a statement on Wednesday.

The acceptance of bribes and the improper use of public funds and the interference in public processes would be the alleged acts of corruption.

“During his tenure as president of Ecuador, Bucaram engaged in multiple corrupt acts, including accepting bribes and stealing public funds. Former President Bucaram has yet to face accountability for his betrayal of public trust,” the text says.

In February 1997, the National Congress of Ecuador dismissed Bucaram, determining that he was not mentally capable of continuing to lead the country.

Later he received asylum in Panama and after 20 years, in 2017 he returned to the country because the charges of embezzlement against him have prescribed. However, in August 2020 he was arrested in connection with the murder of Israeli citizen Shy Dahan. An Ecuadorian judge ruled “house arrest with police surveillance“for the former president, in the framework of the investigation for alleged organized crime.

The West is turning to the dark web to reach Russian users.. What is it? How does it work? | technology

The West is turning to the dark web to reach Russian users.. What is it? How does it work? | technology