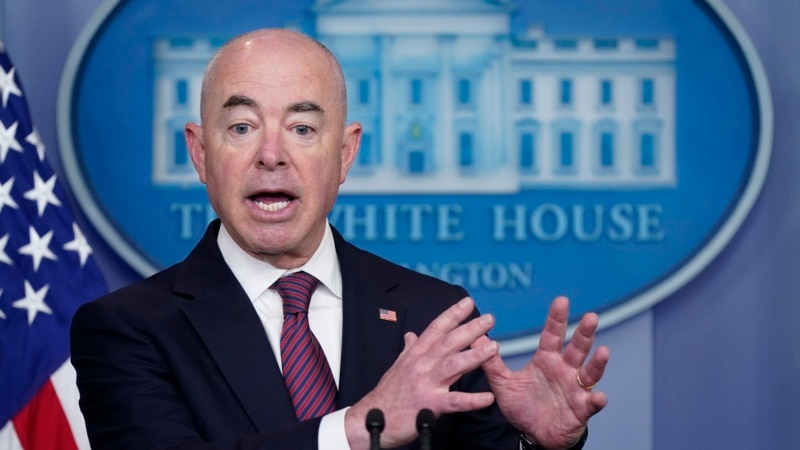 The US Secretary of Homeland Security, Alejandro Mayorkas, announced this Friday that Title 42, a rule that allows the automatic expulsion of undocumented migrants based on protection measures due to the coronavirus pandemic, will be without effect as of may 23.

The end of the measure, Mayorkas explained in a statement, is due to the decision of the Centers for Disease Control and Prevention (CDC) to lift the restriction for that date.

Title 42 was implemented by the previous administration of President Donald Trump and de facto closed the border for asylum seekers and migrants.

Thousands of immigrants remain stranded on the other side of the border with Mexico due to the provision, which was criticized by human rights organizations, which accused the administration of using the pretext of the pandemic to close the border.

Despite the recent relaxation of health restrictions, the United States had not raised Title 42claiming that he “waits for the science” before making a decision on the matter.

Mayorkas said that “Title 42 is not an immigration authority, but rather a public health authority used by the CDC against the spread of a communicable disease,” and warned that the measure “will continue to be in effect until May 23, and until then single adults and families found at the southeastern (US) border will continue to be expelled.

Expectations of the repeal of the rule had been growing among immigrants crowded into camps in Mexican cities near the border plagued by organized crime.

There, migrants have trouble finding work, worry about the debts they racked up to get to the border, and live in fear that their children could be kidnapped by drug cartels who prey on the most vulnerable.

The White House expect a tide of immigrants as soon as Title 42 is lifted, Communications Director Kate Bedingfield said Wednesday, and the Executive is working on multiple contingency plans to deal with that situation.

Mayorkas reported that once Title 42 is lifted, immigration authorities “will process individuals found at the border under Title 8, which is the regular procedure for placing those individuals in removal (deportation) proceedings.”

He added that “a broad strategy has been put in place to handle any potential increase in the number of migrants found at the border” and warned that “smugglers will spread information to prey on vulnerable migrants.”

In that sense, he warned that “those who are not able to establish a legal basis to remain in the United States will be removed.”

The document also outlines that “smugglers will be sent to certain border crossings for prosecution” and that “in the next two months, additional and appropriate protocols for COVID-19 will be put into force, including the expansion of our vaccination program ”.

They will reinforce strategy on the southern border

An official from the Department of Homeland Security (DHS) told the press this Friday afternoon that for the time being Title 42 will remain in force and that the federal agency will continue to apply the requirements of the rule to expel single adult immigrants and families, if the exceptions “case by case of those people who have particular vulnerabilities” are maintained.

As officials explained in a phone call, the DHS would be using this window of time until May 23 as a space to reinforce its work, expand the vaccination plan in detention centers and evaluate the behavior of the pandemic in the next two months.

When the date to end Title 42 arrives, border protection officials will process irregular migrants, whether they are individuals or family groups, who “will be expelled following the procedures if they cannot establish a legal basis to remain in the United States,” he said. one of the officials, who asked not to be identified.

In addition, immigration authorities are also working to contain misinformation, as they believe that ending the rule can be used by human traffickers to trick potential migrants into telling them that the border crossing is open and thus attracting them to the border.

“We know and are concerned that smugglers will spread misinformation to take advantage of vulnerable migrants. That is why we want to re-emphasize that as of May 23 we will be returning to the status quo,” the official pointed out.

Military developments in the Russian war on Ukraine | News reports

Military developments in the Russian war on Ukraine | News reports