The US will impose a new package of sanctions on Russia, advances the White House 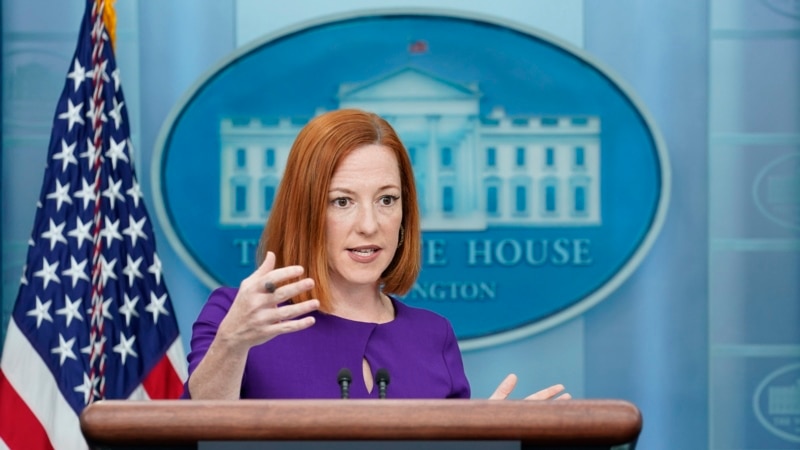 Following President Joe Biden’s recent accusations against his Russian counterpart, Vladimir Putin, for alleged war crimes In Ukraine, the White House announced that on Wednesday it will impose another package of sanctions on the Kremlin.

It will be “an additional package of measures, of radical sanctions that will impose costs on Russia and send it further down the path of economic, financial and technological isolation,” Executive spokeswoman Jen Psaki said on Tuesday.

Since the unprovoked invasion against Ukraine which started on February 24USA, the European Union and Canada, among others, have applied severe restrictive measures against Moscow in the financial and economic sphere.

The presidential spokeswoman explained that on this occasion “a ban on all new investments in Russia” will be included, as well as measures against the largest financial institutions and state-owned companies in Russia.

Also, Psaki said, the sanctions will affect Russian government officials and their relatives. “These measures will degrade key instruments of oppression, to state power, and will cause acute and immediate economic damage to Russia” for its war against Ukraine.

The coming out on Monday of disturbing images From the city of Bucha, near kyiv, the capital of Ukraine, various governments and international organizations such as the UN Security Council condemned the events that they describe as war crimes.

“Historically we have provided evidence to the international war crimes tribunal even though we are not participants in it,” Psaki said when asked by reporters about US actions regarding this fact.

Earlier on Tuesday, the Treasury Department’s Office of Foreign Assets Control (OFAC) sanctioned the powerful Hydra Market and Guarantex, the former recognized as “the market darknet largest and most prominent in the world”, in which they seek to stop the advance of “evil” online services such as drugs and other black market offers.

“The global threat of cybercrime and the ransomware originating in Russia, and the ability of criminal leaders to operate there with impunity, is of deep concern to the United States,” Treasury Secretary Janet Yellen said in a statement.

With the circulation ban, virtual currencies originating in Russia SUEX and CHATEX are thus affected, as part of the path taken by Washington to stifle Moscow’s power of movement.

Likewise, OFAC pointed to more than 100 virtual currency addresses that were associated with Guarantex operations.

Will The Bucha Massacre Be A Turning Point In The Ukraine War?