The US will send more military and humanitarian aid to Ukraine 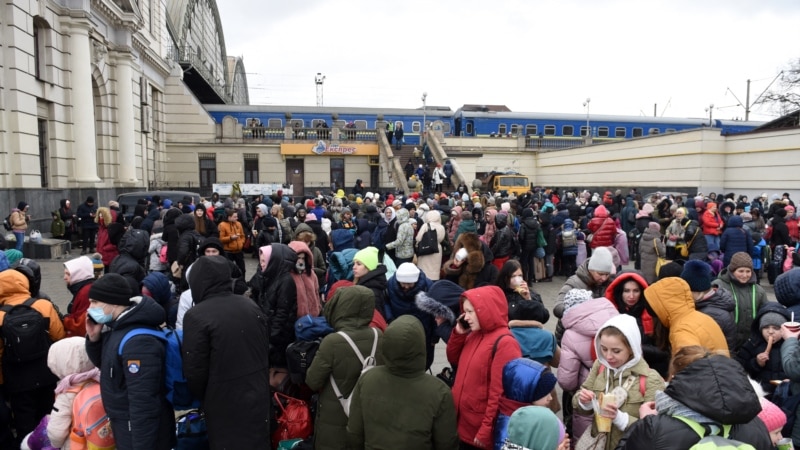 A day after many of them spoke with the president of Ukraine, the US lawmakers pledged to provide military aidr additional to Kiev as the government continues to fight for its survival amid the Russian invasion.

Congress will soon approve emergency funding, putting “$10 billion into both defensive equipment for Ukraine and humanitarian assistance to get civilians out,” Sen. Chris Murphy of Connecticut said on “Fox News Sunday.”

Despite generally strong bipartisan support for Kiev, members of the US Congress are drawing the line on another request from Ukraine: a no-fly zone for the country’s airspace to deter Russian air strikes.

That would mean “World War III,” Republican Sen. Marco Rubio of Florida told ABC’s “This Week” on Sunday. “I think there are a lot of things we can do to help Ukraine protect itself… but I think people need to understand what a no-fly zone means.”

Another senator, Joe Manchin of West Virginia, a Democrat, expressed a less strict position. “I wouldn’t take anything off the table,” he said on NBC’s “Meet the Press.”

Murphy, a Democrat, commented on Fox News: “If I were President Zelenskyy, I would be calling for a no-fly zone. The problem is that there is no no-fly zone over Ukraine.”

US President Joe Biden is in regular contact with his Ukrainian counterpart Volodymyr Zelenskyy about Ukraine’s request for more fighter jets, according to Secretary of State Antony Blinken.

“Yes, we are very actively talking about this, looking at what we could do to stuff Poland, if it chooses to send the MiGs and SU planes that it has to Ukraine, how we can help by stuffing what they are giving. Ukrainians,” Blinken, in Moldova, told “Meet the Press.”

Ukraine’s ambassador to the United States Oksana Markarova, in an interview with Fox News on Sunday, renewed her nation’s call for the United States to provide anti-aircraft weapons and other military aid, saying “we must treat Russia as a terrorist state.” . ”

Zelenskyy said that Russia plans to bomb the port city of Odessa. Zelenskyy said in a televised statement on Sunday that if that happens, “it will be a war crime… a historical crime.”

Zelenskyy spoke in Russian for part of the statement, urging Russians to choose between life and slavery at “the moment when it is still possible to defeat evil without irreparable loss.”

There must be an investigation into whether Russia is committing war crimes in Ukraine, European Commission President Ursula von der Leyen said in an interview with CNN on Sunday.

“Putin must be tried for war crimes, and I urge my colleagues to support my resolution to hold him accountable for the crimes he has committed against humanity,” Democratic Rep. Adriano Espaillat of New York tweeted. “History will remember.”

Russian President Vladimir Putin claimed on Sunday that his military campaign in Ukraine was proceeding as planned and will not end until the Ukrainians stop fighting.

In a phone call with Turkish President Tayyip Erdogan, who called for a ceasefire, Putin expressed his willingness to talk with Ukraine and foreign partners, but any attempt to drag out negotiations would fail, according to a Kremlin statement.

Putin’s comments came as evacuation efforts from the bombed-out port city of Mariupol failed for the second day in a row.

“Amid devastating scenes of human suffering in Mariupol, a second attempt to begin evacuating some 200,000 people out of the city was stopped today. The failed attempts yesterday and today highlight the absence of a detailed and functional agreement between the parties to the conflict,” the International Committee of the Red Cross said in a statement.

Pope Francis made his strongest statement yet on Sunday about the conflict.

“In Ukraine, rivers of blood and tears flow. This is not just a military operation, but a war that sows death, destruction and misery,” the pontiff said in his weekly address to a crowd in St. Peter’s Square in Vatican City.

Along with its European partners, Washington is considering a ban on Russian oil, the US secretary of state confirmed.

“We are now in very active talks with our European partners about banning the import of Russian oil to our countries and, of course, at the same time we will maintain a constant global supply of oil,” Blinken said in an interview with the network. NBC.

Some lawmakers want the White House to do more to increase domestic production as oil prices rise and Americans pay more for fuel for their vehicles.

“President Biden would rather import oil from our adversaries in Russia, Iran and Venezuela than increase US energy production,” tweeted Republican Rep. Greg Murphy of North Carolina.