The war of fireworks stops the confrontation of Marseille against Galatasaray 8 minutes.. Video

The fireworks caused a temporary suspension in the first half of the match between Olympique Marseille, its guest, Galatasaray, which was held at the “Veldrum” stadium in the second round of Group E of the group stage of the European League, and its first half ended in a goalless draw.

The fans of the two teams exchanged fireworks and shamrocks at each other, causing the match to stop for about 8 minutes, until things calmed down and the referee resumed the match again.

The Egyptian international, Mostafa Mohamed, was on the bench of the Turkish Galatasaray team in today’s match.

Galatasaray leads Group E with 3 points, then Olympique Marseille comes second with one point, then Lokomotiv Moscow third with one point, while Lazio is bottom of the group with no points.

Galatasaray beat Lazio in the previous match with a clean goal, to go directly to the top of the group with 3 points, as Galata Saray snatched a valuable victory over its Italian guest, Lazio, with a clean goal, in the meeting that brought the two teams together at the “Turk Telecom Arena”.

Galatasaray quartet Ryan Babel, Bayram, Buyuk and Luyindama are missing with injuries, and coach Fatih Terim is expected to rely on the following formation.…

As for the Marseille team, it tied in the first match with Spartak Moscow, becoming second in the group standings with one point..

And absent from participating with Marseille in today’s match, the duo Boubacar Kamara and Polish striker Arkadiusz Milik.

Lazio and Lokomotiv Moscow teams will meet in the same group at the same time at the “Olympico” stadium in the Italian capital. 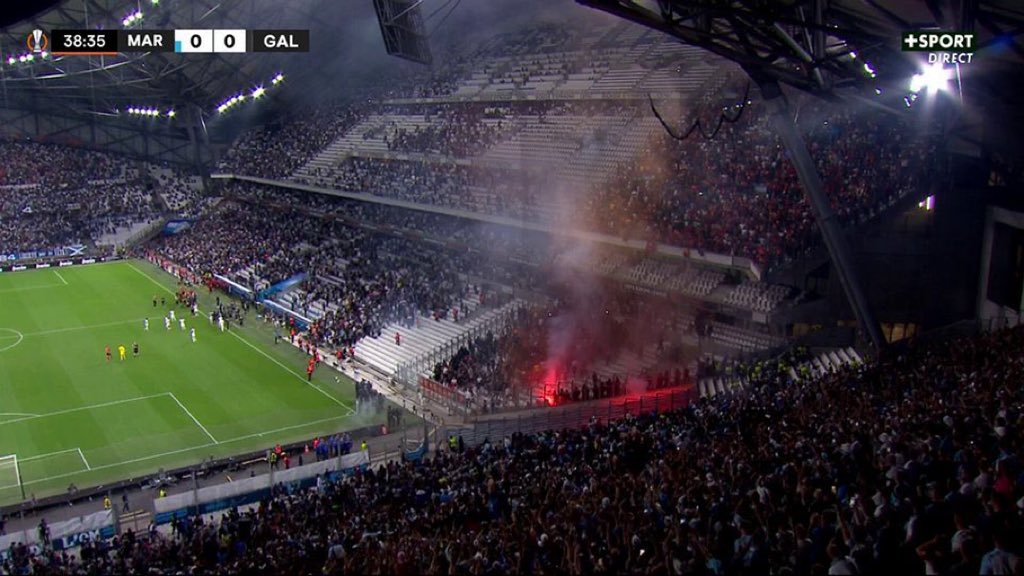