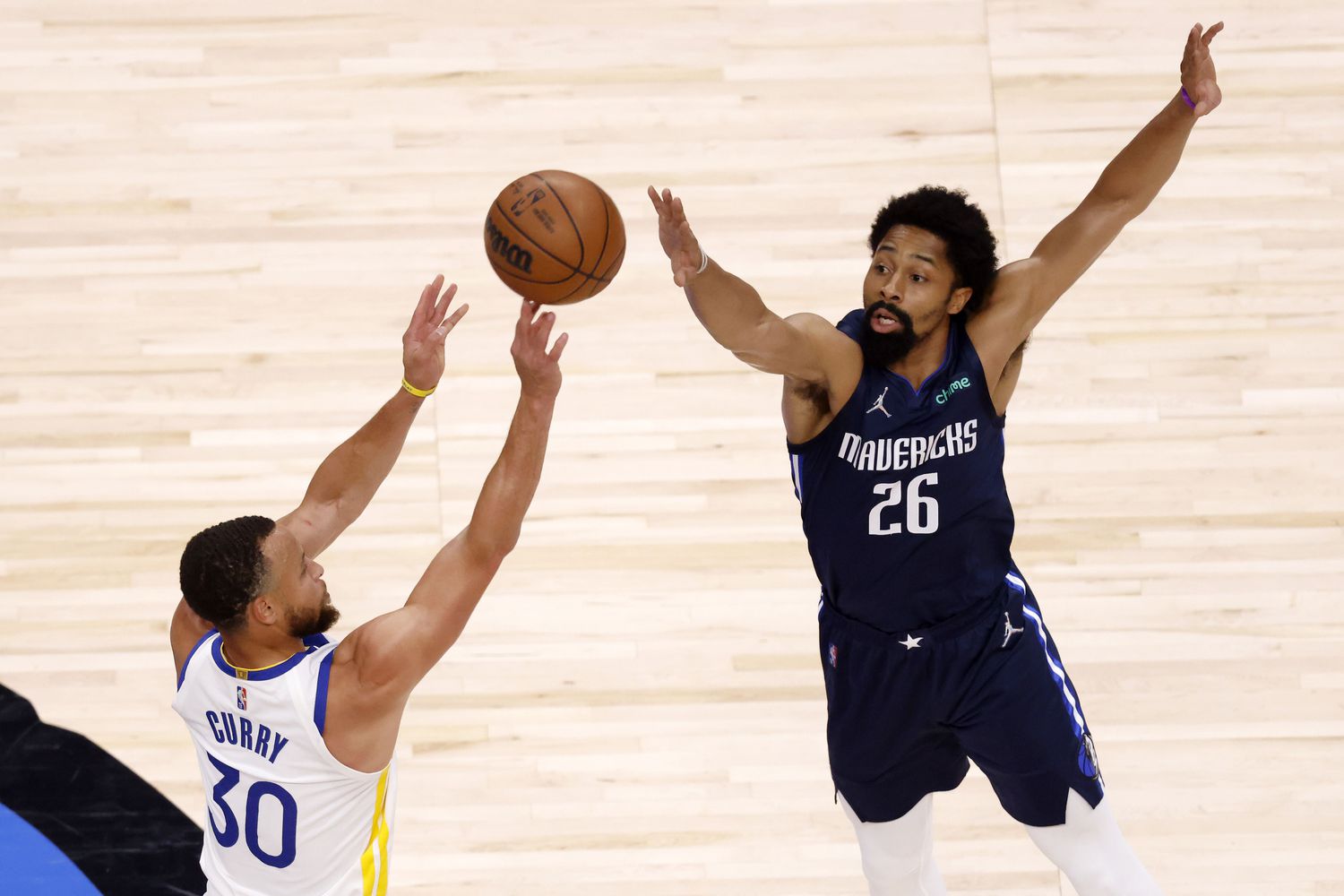 Never has an NBA team managed to overcome a deficit of three games to zero. Not in the final, not in the conference finals, not in the preliminary playoffs. So it would be almost miraculous if Luka Doncic’s Dallas Mavericks manage to eliminate the Golden State Warriors, who on Sunday night in the United States (early morning in Spain) have achieved 3-0 after beating Dallas 100-109.

Golden State Warriors is the most regular team in the NBA in the last decade. Stephen Curry, Draymond Green and Klay Thomson have won three rings together and reached two other finals, always with Steve Kerr as coach. If, as everything indicates, they manage to beat Dallas, this would be their sixth Western Conference title in eight years, the previous five won consecutively between 2015 and 2019. Of course, they have not won in their Conference for two years or, which is the same, without going to the NBA finals against the champion of the East.

In the first quarter, he missed the shot from the three-point line. There was an endless series of consecutive missed three-pointers on both hoops. And when the outside shot doesn’t work, the Warriors, with a much more powerful inside game, had the upper hand.

However, Luka Doncic supported the team, including one of his stratospheric triples at the buzzer that left the first quarter with a deficit of only three points (22-25). The 23-year-old Slovenian was already the top scorer with 10 points.

The second quarter began with the usual break for Doncic and Curry, the stars of both teams. Dallas took better advantage of it and when the two returned to the court midway through the second quarter, the Mavericks had placed themselves 5 points ahead with a very inspired Spencer Dinwiddie all game (he finished with 26 points) and a Brunson who was recovering his aim (He closed the night with 20 points). On the Warriors, Thompson was off the mark and Green seemed out of place. He even had a couple of clashes with the referees in which he seemed to be paying for the impotence of seeing that nothing was going well for him.

Up to that point, Curry wasn’t having his best day either, but a low-key day of his is better than a good day of just about anyone. He is the highest three-point player in NBA history, although the highest percentage of success is curiously kept by his own coach, Steve Kerr (NBA champion as a player five times, three with Michael Jordan’s Chicago Bulls and two with San Antonio Spurs) . Two of his three-pointers put his team ahead of him again and him with 16 points on his personal account. The break was reached with 47-48 in favor of those from San Francisco.

Doncic finished the first half with 15 points and 7 rebounds. He wasn’t comfortable either. The Warriors’ defense made it difficult for them with constant assists, knowing that he is always the Mavericks’ man to watch. And that seemed to affect his aim, as he also missed uncontested shots that he usually secures.

Things didn’t look too good for Dallas in the third quarter. Green and Curry were somewhat foul-loaded, but the Golden State Warriors began to function as that fast, unstoppable team that moves the ball on offense at full speed and perfectly combines outside shooting with zone play. Curry kept control of the game, Kevon Looney and Andrew Wiggins dominated the rebound and Wiggins himself (27 points at the end of the game) and Thompson (19) added in attack.

Jason Kidd, coach of the Mavericks, could not find solutions. His hometown team was running away. Desperately, he even sat down Doncic, in case the dynamic of the second quarter was repeated, but to no avail.

The last quarter of the game was reached with a difference of 10 points in favor of the visitor. If you add to that the fact that the Warriors are the team that finishes games the best, there was no reason for optimism. In the second game, it was enough for the Californians to play well in the last quarter to win. This time it was enough for them not to spoil it. And they didn’t. Kerr even allowed himself to give Curry some rest. Doncic took pride out of him, he fought until the end, he scored (he finished with 41 points), he assisted, he rebounded, he drew fouls in attack, but it wasn’t enough. Curry, back on the court, was in charge of setting the pace that interested him. He ended up giving a recital.

The San Francisco team caresses the NBA final. He has to win one more match. Never has a team 3-0 down been able to string together four wins to turn a tie around. It seems like an impossible mission even for Luka Doncic. Everything indicates that those from Dallas will have to continue waiting. They have not reached an NBA final since 2011, when they won the ring with their now coach, Jason Kidd, as point guard and German Dirk Nowitzki as star. On Sunday, with his 31 points, the 33-year-old Curry has surpassed Nowitzki as the 11th player to score 30-plus points in most playoff games in NBA history. He has done it 46 times. Nowitzki lost another record yesterday: Luka Dončić is already the Dallas player who has exceeded 40 points the most times in a tie.

The Eastern Conference final (or what is the same, the other NBA semifinal) lives its fourth game this Monday night, after the heavy defeat suffered this Saturday by the Boston Celtics on their parquet against Miami Heat, led by a powerful Bam Adebayo. The tie is 2-1 in favor of Florida. This Tuesday comes the fourth game of the Western final. We’ll see if the last.

El Hormiguero: Juancho Hernangmez, when he makes a mate, to the rival that covers him: "A cone defends more than you"