The White House acknowledges talks on “energy security” with Venezuela 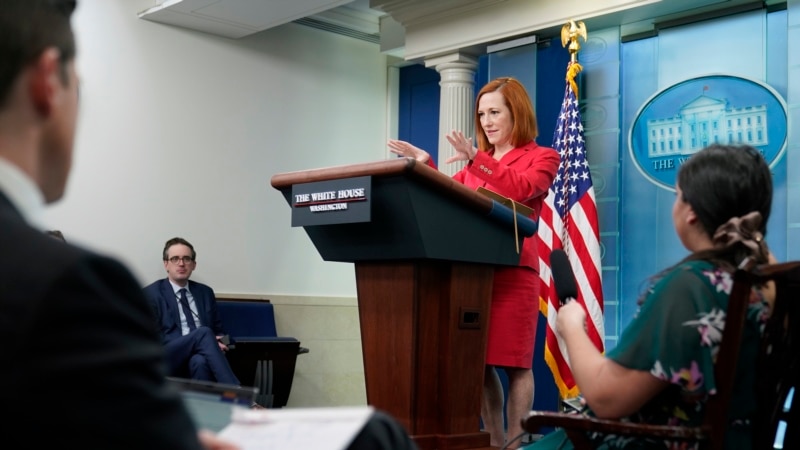 The White House confirmed on Monday that the recent visit of officials from the Administration of President Joe Biden to Venezuela was related to, among other issues, “energy security” in the framework of possible sanctions on Russian crude oil exports, as reported by the White House. spokeswoman Jen Psaki.

“With respect to Venezuela, the purpose of the Administration officials’ trip was to discuss a variety of issues, including energy security, but also to address the status and health of American detainees,” the spokeswoman said at a press conference Monday. press. “We’re never going to miss an opportunity to do just that. They’re separate paths, they’re separate conversations.”

The visit of US officials to Caracas this past weekend It comes at a time when the United States and its main allies are weighing the possibility of imposing sanctions on Russia’s energy sector in response to the invasion of Ukraine. This decision could trigger fuel prices around the world, which is why the West is considering increasing production.

According to various sources, the United States might be looking to reactivate the importation of Venezuelan oil in order to alleviate, at least in part, the possible shortage that would occur worldwide if the Russian crude tap is cut.

In this sense, Psaki also confirmed that there have been talks with two other oil powers whose reputation on the international scene is in question: Saudi Arabia and Iran. “Those discussions are also ongoing.”

To do so, it would have to dismantle the sanctions on the Venezuelan state oil company PDVSA, sanctioned by the United States government since 2019. In doing so, it would also have to restructure its foreign policy towards that country.

But according to oil expert Francisco Monaldi, Venezuela would not be in a position to replace Russian production.

“In the short term, Venezuela can only increase production by about 200,000 barrels per day, which compared to the 7 million barrels that Russia exports and the 11 million in total that Russia produces, is a very small amount,” Monaldi observed. voice of america.

Likewise, Psaki stressed that, although another of the points on the agenda in the talks in Caracas was the situation of the American prisoners in Venezuela, among them those known as the six of citgo, that is an issue that has nothing to do with energy. “They are all part of the talks with Venezuela, but not at the same time,” he insisted.

However, Psaki specified that the Biden Administration will continue “doing everything possible to bring home any person detained in Venezuela or anywhere else in the world.”

A court in Venezuela ratified at the beginning of February the sentences of between eight and 13 years in prison against six former US directors of the Citgo company arrested for alleged corruption.

Chamber nine of the Court of Appeals of the criminal circuit of Caracas, capital of Venezuela, confirmed a previous sentence from another court that sentenced the former president of the company, José Ángel Pereira, to 13 years and seven months in prison.

* Jorge Agobián, a VOA journalist based in Washington DC, contributed to this report.

Tunisia.. The Ministry of the Interior ends the house arrest decision against Al-Buhairi | Politics news

Tunisia.. The Ministry of the Interior ends the house arrest decision against Al-Buhairi | Politics news