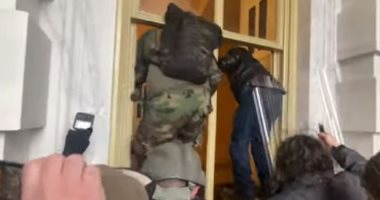 The White House flew the flag in mourning for the policeman who was killed during the storming of supporters of outgoing Turkish President Donald to Congress, according to media sources.

A funeral ceremony was held for the policeman who was killed when Donald Trump supporters stormed the Congress building.

Earlier, the leader of the Democratic majority in the House of Representatives told Fox News: We may vote on the trial of the outgoing US President Donald Trump on Tuesday or Wednesday, and the leader of the Democrats in the House of Representatives said: The trial of Donald Trump for his actions last Wednesday and before the Georgia elections.

And the leader of the Democratic majority in the House of Representatives continued: We have prepared a draft of the indictment against the outgoing US President.

New mutant strain of coronavirus is discovered in Japan

Emirates: We want normal relations with Turkey and there are encouraging signs