People from all over the world have been gleefully sharing the terrible wildlife pictures of animals they have taken.

From a raccoon stuck in a hole to a frog in a sink in Michigan, amateur photographers have delighted with their mishaps.

The pictures were shared on Facebook group C*** Wildlife Photography, which celebrates bad snaps taken from the wild, and resurfaced on Bored Panda.

Snaps include a close up of a common fly stuck in a fence and a parrot can be seen spreading its legs on a fence. 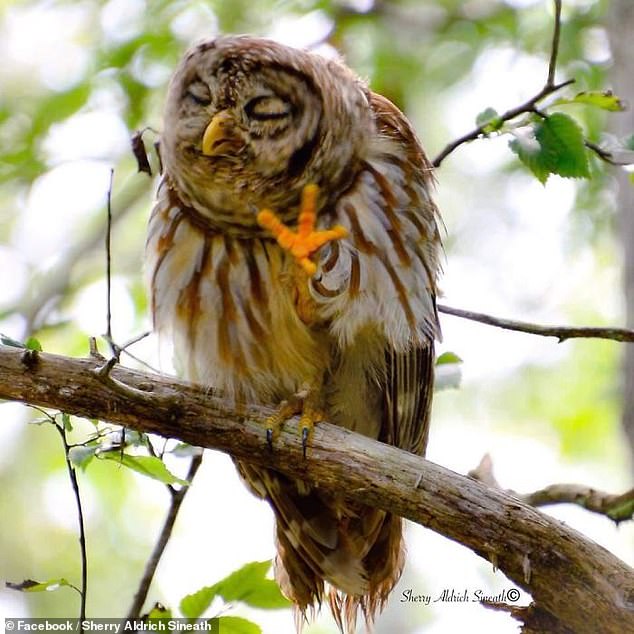 Fending off the fans! A woman from Florida snapped this funny picture of an exasperated-looking owl 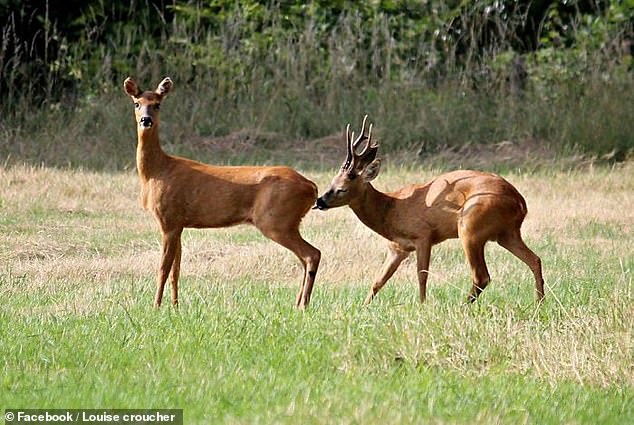 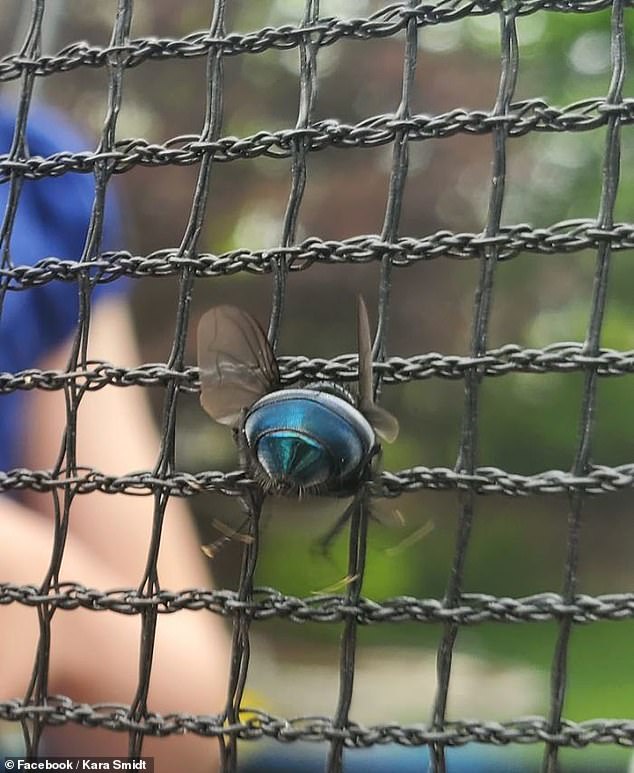 In Idaho, a mother explained she photographed this poor fly after it got caught in her kids’ trampoline. She then helped it free itself 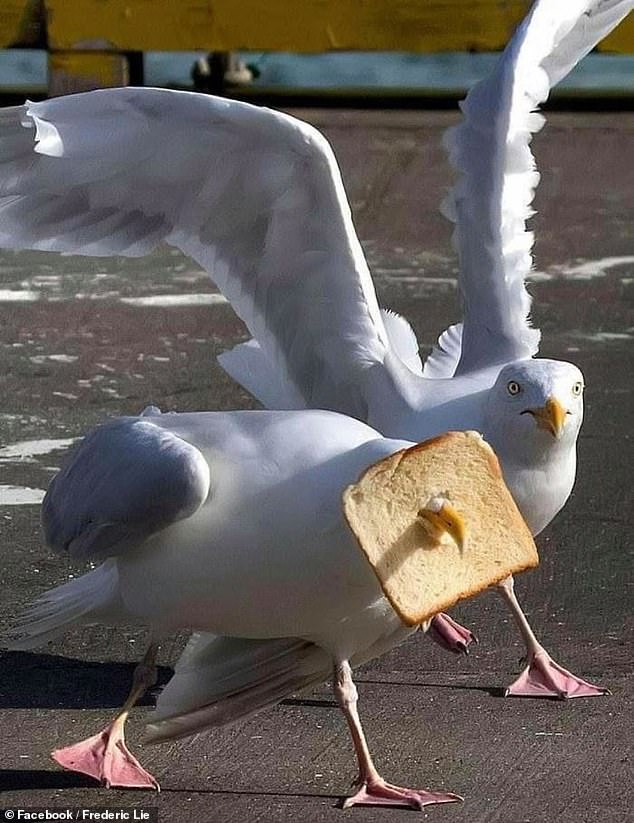 In Belgium, a seagull was spotted walking around the seafront with a piece of toast stuck around her beak 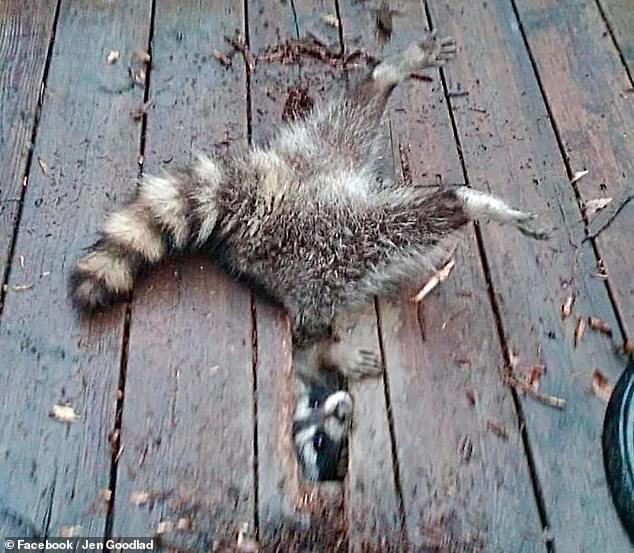 A woman, believed to be from the US, helped this raccoon free himself from this hole but could not resist snapping his picture beforehand 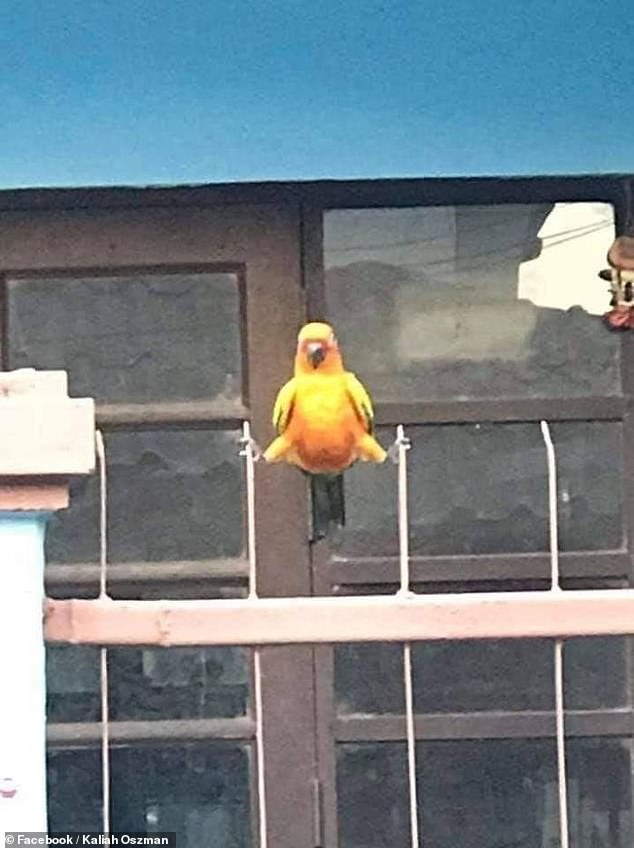 In Spokane, Washington, a yellow exotic bird was photographed with his legs stretched on a fence, much like action movies legend Jean Claude Van Damme 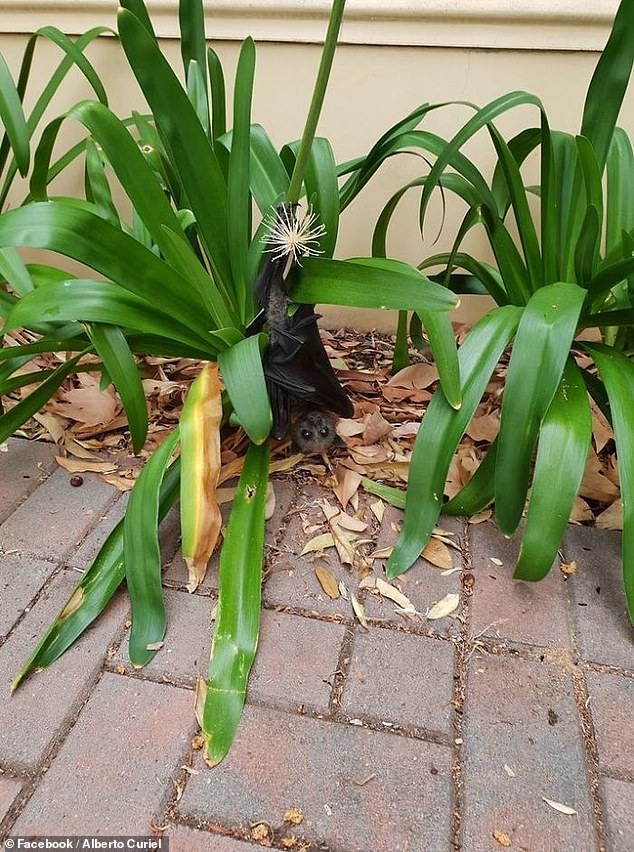 Spot the bat?  A Sydney-based man was surprised to find the little creature hanging from a  plant by his house 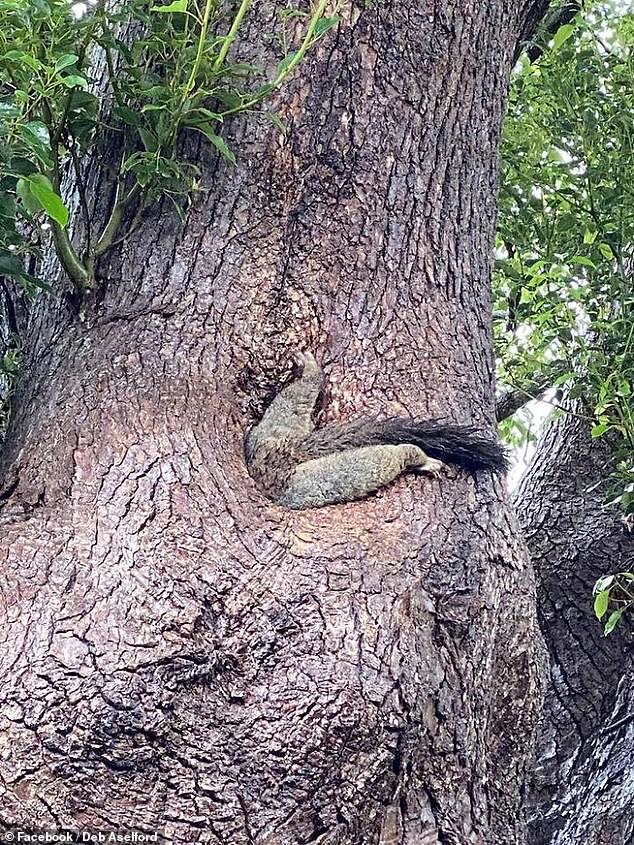 In Sydney, a woman tried to take a picture  of a cute squirrel, but was too slow and only managed to capture his tail 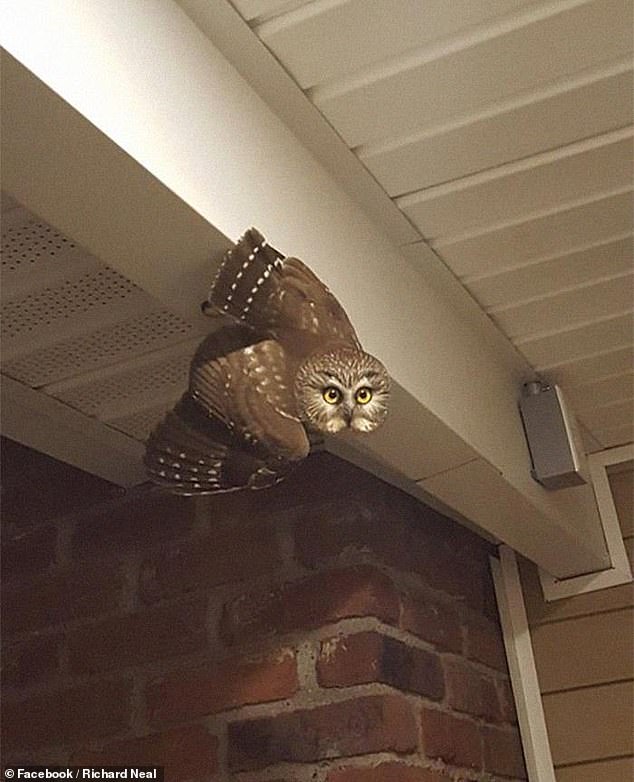 A man, whose location is unknown, has revealed how he heard someone knock on his door and went out to find out it was this sociable owl that had been calling on him 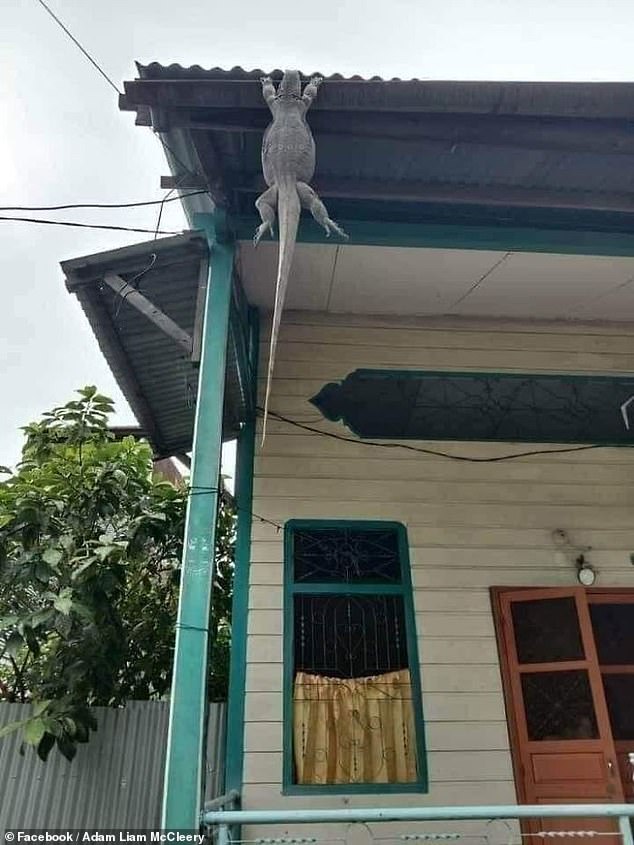 Defying gravity! In Thailand, a passer-by was shocked when he spotted this crocodile hanging from a roof 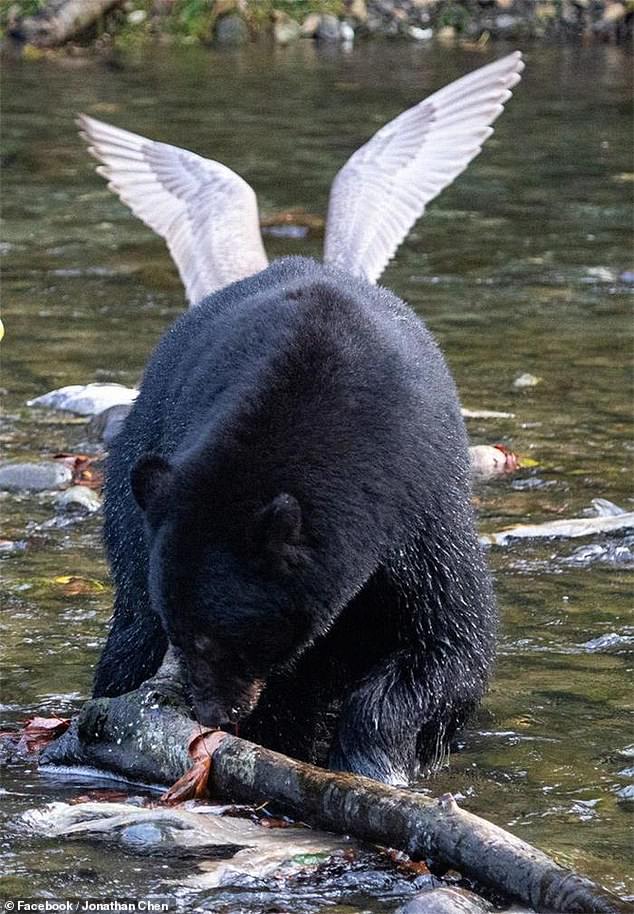 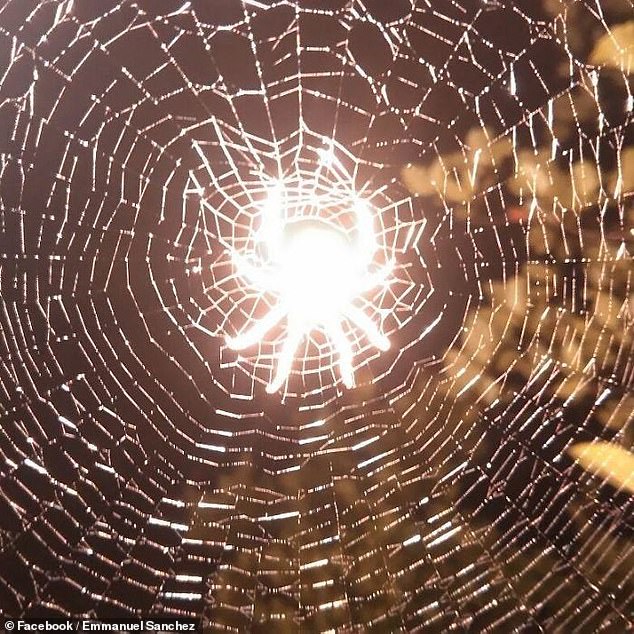 Its spidey senses are tingling! One man’s flash camera made it look like this spider was glowing in the dark in the Philippines 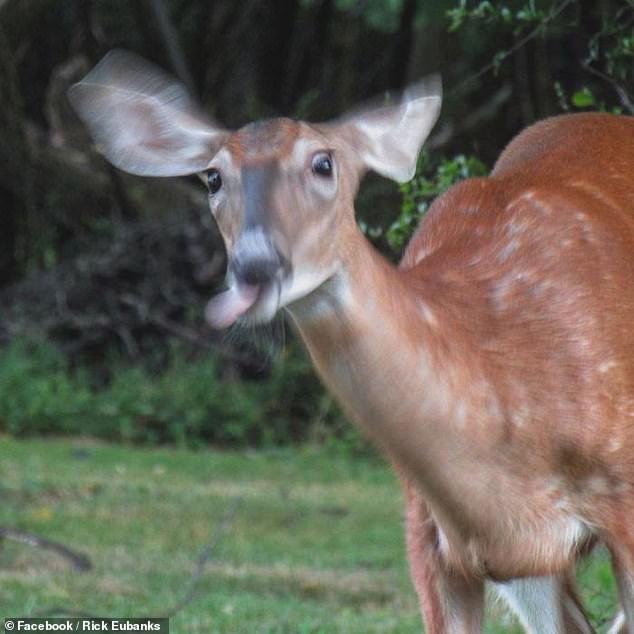 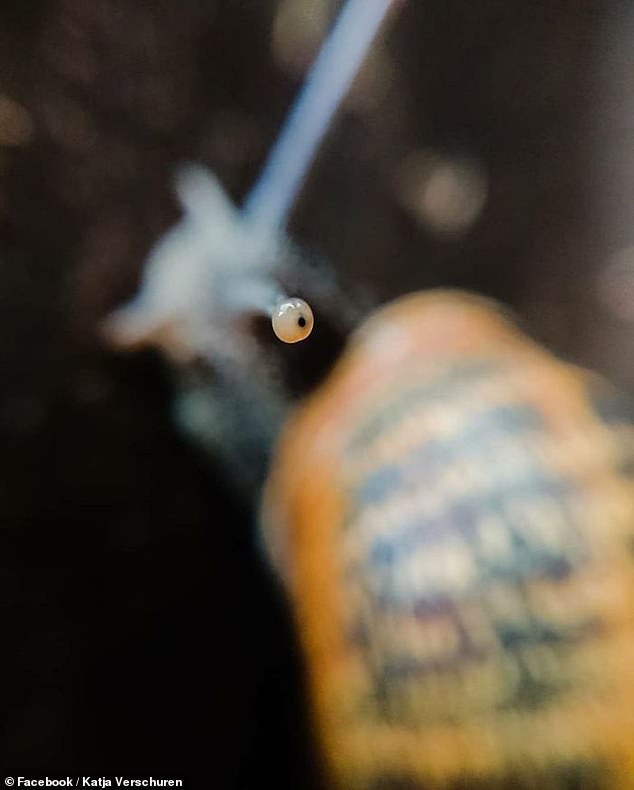 Out of focus! A woman from the Netherlands was trying to take a picture of a snail but struggled with the settings on her camera and, instead, only captured his  eye 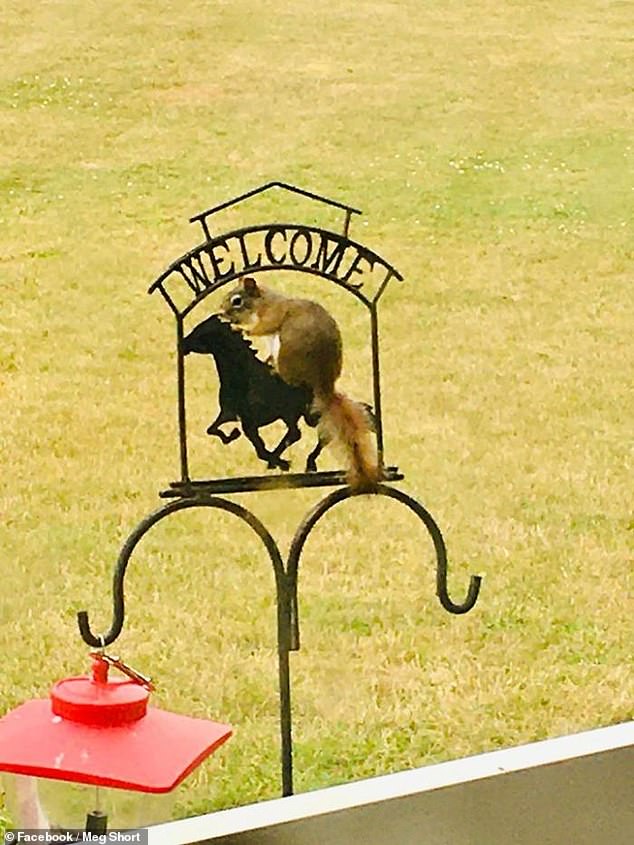 In Michigan, one mother explained her daughter had managed to take this picture of a squirrel, which looked as if it was riding the horse on their welcome sign 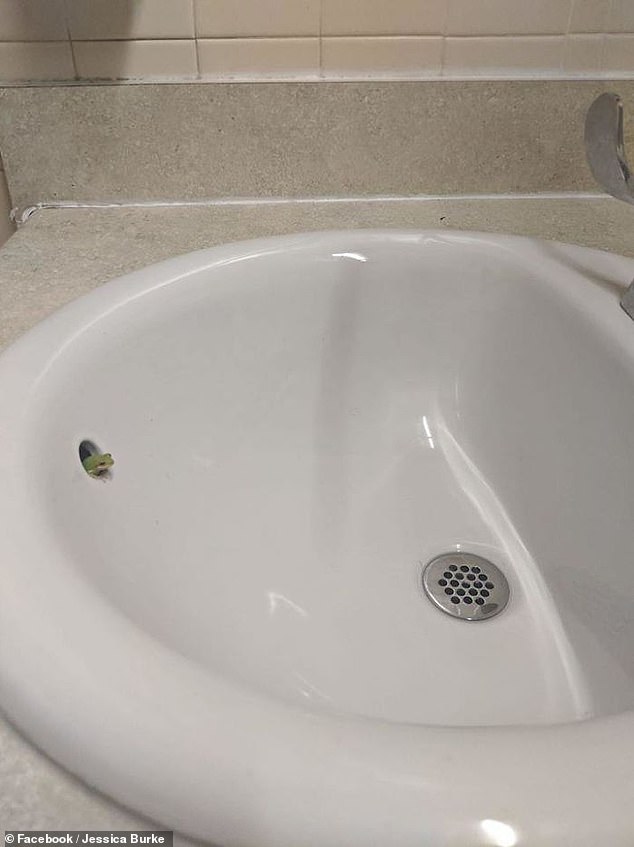 In Hartland, Michigan, one person managed to take a picture of this tiny frog cosying it up in the family’s sink

New Zealand will not travel to England for Wembley friendly

‘Haunted’ mansion once home to businessman who fled due to paranormal activity is on sale for £2.7m

No 10’s ‘web zero’ carbon goal is in disarray as Rishi Sunak baulks on the £1.4trillion value