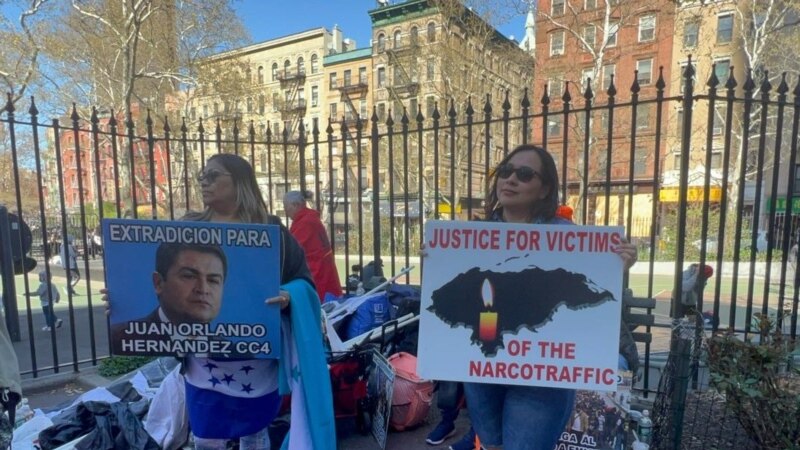 The virtual hearing headed by federal judge Stewart Aaron of the Southern District Court of New York agreed this Friday that charges will be filed on May 10 against former Honduran president Juan Orlando Hernández, extradited this April 21, date on which the United States Department of Justice reports his capture.

During the opening process, in which Hernández’s lawyers and federal prosecutors also participated, the president only had two interventions to address the judge with a “yes, your honor” when asked if he was aware of the circumstances for which is implicated in the open case in New York.

The initial procedure could be followed in the room and through a telephone call to the media. The short hearing consisted of a procedure on the organization of the case, but the judge outlined to the defendant a summary of the accusation presented by federal prosecutors on behalf of the United States government.

The prosecution team is made up of Jacob Gutwillig, Michael Lockard, Jason Richman and Elinor Tarlow, who will attend on May 10 with their arguments.

The defense of the former president by lawyers Raymond Colón and Daniel Pérez in New York, both with extensive experience in criminal litigation in the United States, approved the agreed schedule.

Although the hearing was held in a virtual format outside the court in Manhattan a small group of protesters showed up opponents of former President Hernández who said they arrived “to celebrate justice.”

Activist Lida Perdomo told the voice of america that “ask for justice” as a community but also “we are celebrating justice, which we have never been able to have in Honduras.”

Defense will ask for the right to bail

The defenders have advanced that they will request in the presentation of charges in May the right to bail for the president, so that he can respond to the accusation on probation.

In a conversation between attorneys Colón and Pérez with the Honduran newspaper The Heraldthe lawyers outlined part of the defense plan and how they intend to counter the arguments of the US Department of Justice.

“It is the right of everyone accused of one and in the case of the former president we will seek his release, especially with all the exculpatory evidence we have,” the defenders told the Honduran media.

The defense also says that they are betting on the “dismissal of the case” at the initial stage to avoid going to trial because they trust the advanced work that shows them “solid evidence” about the fabrication of evidence against the former president by convicted drug traffickers who frame him on which the accusation is based. “We do not believe that once our investigations have been shown, the prosecutors have the desire or the will to make a trial,” the defenders opined.

The Department of Justice has assured at the hearing that it is ready to present its first allegations based on the accusation that includes the alleged crimes of drug trafficking, possession of weapons and conspiracy in transnational crime.

When filing charges against Hernández on Thursday night, the Secretary of Justice of the United States, Merrick Garland, said that the then president took advantage of the position in the first magistracy of the Honduran State.

And that among his actions they believe that “he corrupted the country’s public institutions, including parts of the national police, the army and Congress (…) He protected drug traffickers and drug shipments in Honduras”, as part of the role played.

The attorney general’s office said the prosecution is part of an operation by the Organized Crime Enforcement Task Force, which among its powers “identifies, disrupts, and dismantles the highest-level criminal organizations that threaten the United States.” .

The accusatory document indicates that this “high profile” case is handled by the International Narcotics and National Security Unit with close supervision of the attorney general’s office.

The charging document also clarifies that: “the charges in the superseding indictment are mere accusations, and the defendant is presumed innocent unless and until proven guilty.”

A girl was killed and dozens rescued in a migrant boat sinking in Tripoli, Lebanon | Politics news

A girl was killed and dozens rescued in a migrant boat sinking in Tripoli, Lebanon | Politics news