‘If anything happens to Neymar, you will pay with your life’: Thiago Mendes and his FAMILY are subjected to death threats on social media after tackle which left PSG star with an ankle injury

Thiago Mendes and his family have been subjected to death threats on social media after his tackle left Paris Saint-Germain star Neymar with an ankle injury.

Despite confirmation that Neymar hasn’t broken any bones and the injury isn’t as bad as first feared, his countryman Mendes has received vitriolic abuse from fans of both PSG and the Brazil international online.

Mendes’ wife Kelly spoke to CNEWS this week, reciting some of the abuse that she and her partner have received. One read: ‘For your boyfriend’s actions, if anything happens to Neymar, you will pay with your life. You and your family, one by one.’ 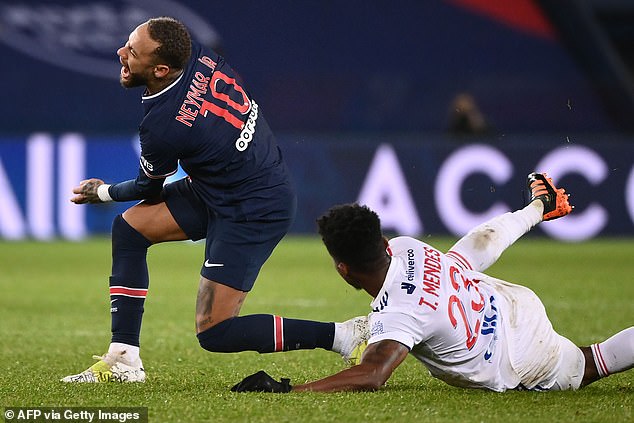 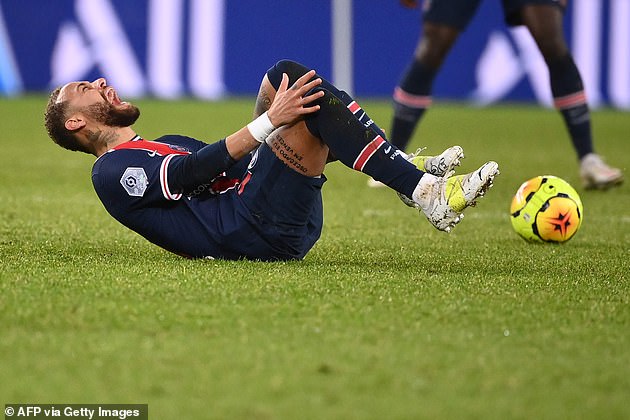 In the aftermath of the tackle, which saw a VAR review resulting in a red card for Mendes, Neymar went straight for scans and it has since been confirmed that he has suffered a sprain and could be back after the Ligue 1 winter break.

Mendes, meanwhile, has been left fearing for his family’s safety after the match, with his partner confirming that they have called in police to help assist with the threats.

Comments from Neymar’s father have done little to quell the outrage, after he posted on social media in the aftermath of the tackle.

Writing on Instagram, he said: ‘F***… how much longer? We have spoken about this so much, we have so underlined the excess of violence. 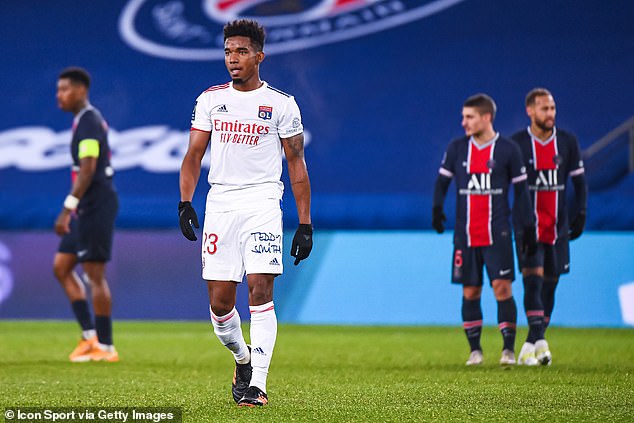 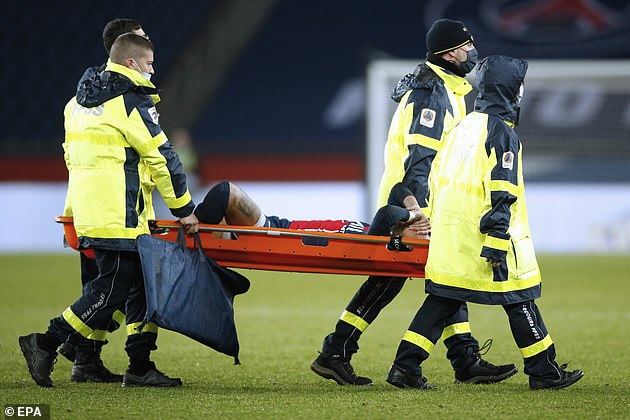 ‘We are not taking the necessary measures throughout the entire match, during which Neymar was the victim of a dozen fouls, always violent ones.

‘This encourages these type of players and attitudes.’

Neymar, meanwhile, took to Instagram himself at the start of the week to reassure his fans that it ‘could have been worse’, and it is hoped that he will not miss many PSG matches, if any.

His manager Thomas Tuchel even hinted that he could be ready to face Lille at the weekend in PSG’s penultimate match before the break. 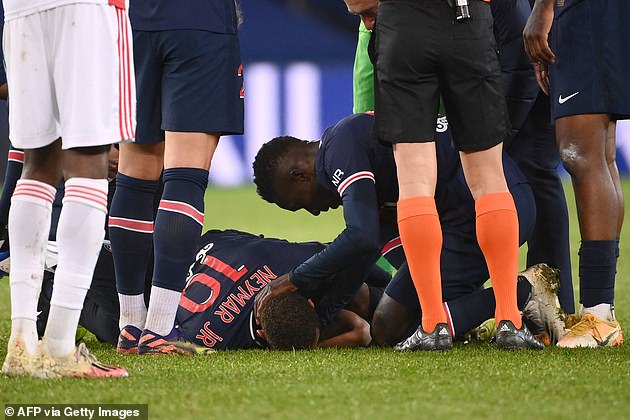 However, preliminary tests have confirmed that the PSG star has not broken his ankle 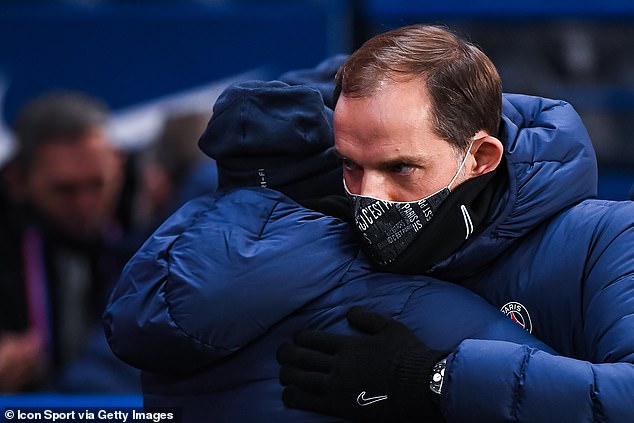