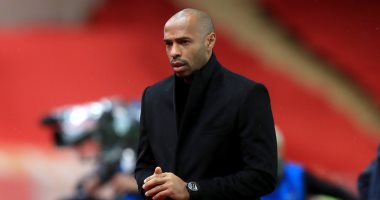 Press reports revealed the entry of a new name among the names nominated to lead the Spanish team Barcelona in the coming period, in the event of the dismissal of the Dutch coach, Ronald Koeman..

The Catalan club is experiencing an unstable period in football after the defeat in the European Champions League against Bayern Munich, and a draw in the Spanish League competition against Granada, positively with a goal for each..

And the Spanish newspaper, “Mundo Deportivo”, confirmed that Koeman’s career was nearing its end with Barcelona due to the bad results achieved by the team at the beginning of the current season 2021-2022, and he appeared yesterday during the presentation press conference for the Cadiz match, and surprised everyone, as he appeared in the press room, but he did not accept Questions from reporters and then read a statement he wrote, then gave it to the audience and left immediately.

The newspaper reported that the former Barcelona and Arsenal striker, and Roberto Martinez’s assistant currently in the Belgian national team, Thierry Henry is among the names nominated to lead the Blaugrana..

Henry worked as a second assistant to coach Roberto Martinez during Belgium’s march in the 2018 World Cup, and was contracted by the Belgian Federation on May 30, to work as an assistant coach for the Red Devils team, before the start of the Euro 2020 competition..

The newspaper stressed that Xavi is one of the main options that Barcelona is considering, and that his name is the most unanimous among the members of the board of directors, despite Laporta’s reluctance at the present time..

Xavi began his third season at the helm of the technical leadership of Al Sadd, and despite the fact that he is fully aware of everything that is happening in Barcelona, ​​he is now focusing on his team, and previously confirmed his full respect for Ronald Koeman..

The former Barcelona captain, who has a valid contract with Al Sadd until 2023, signed it last summer, and in that contract there is no so-called “Barcelona clause”, which allows him to unilaterally terminate the contract to return to the Blaugrana..

This condition was in his previous contract, but he did not put it during the renewal in the summer, which means that if Barcelona wants the return of his former captain, he must negotiate with his club..

The Spanish newspaper indicates that due to the excellent relations that Xavi maintains with the leaders of Al-Sadd, no one will stand in his way and they will allow him to return to Camp Nou and leave Doha through the big door, after 4 seasons as a player and coach..

Xavi, since his arrival on the Al Sadd bench, won 6 titles out of 7 he competed for, and achieved 3 victories in the league this season, and the Emir Cup final awaits him on October 22 next..

Barcelona will face Cadiz, today, Thursday, in the sixth round of the Spanish League, at exactly ten in the evening Cairo time.