Thieves use BLOWTORCH to break into home and steal vehicles including £33,000 Audi


Burglars’ new trick to break into your home: Thieves use a BLOWTORCH to enter house before stealing £33,500 worth of cars – including an Audi S1 – while family slept upstairs

Thieves used a blowtorch to break into a home and steal vehicles including an Audi S1 and an Ebike worth £33,000 as the unaware owners slept upstairs.

The criminals used the appliance to burn a hole through the PVC in the front door to gain entry. 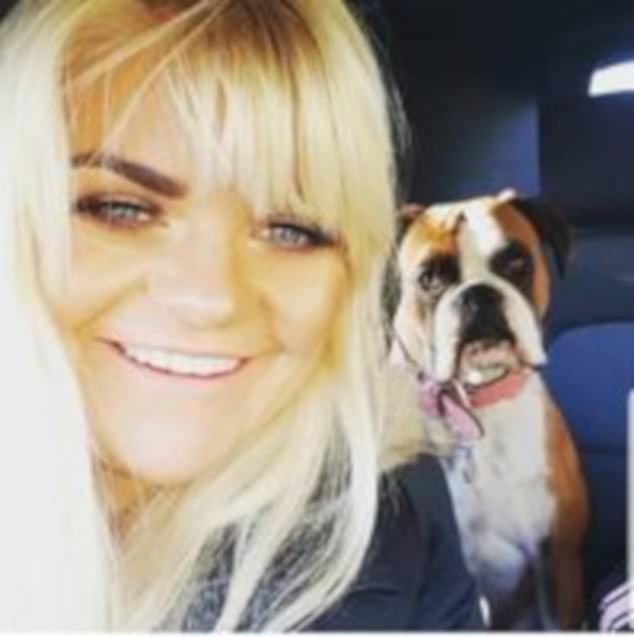 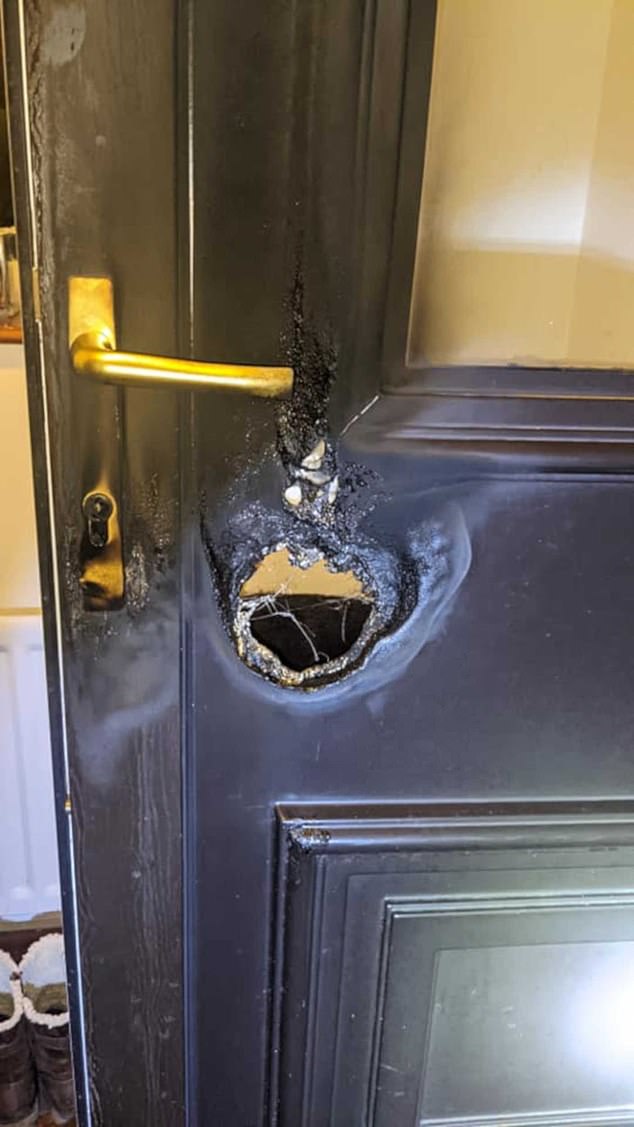 Kerrie West, from Tideswell, Derbyshire, was woken at about 2am on Tuesday and spotted the pair loading some of the stolen items in the back of a van.

But before the family were able to confront the robbers, the duo managed to speed off with the expensive items.

Ms West, a bodybuilder who owns her own fitness business, shared pictures of her ruined front door on Facebook as she appealed for help.

She wrote: “Stolen. Please share asap. My absolute pride and joy has been nicked. 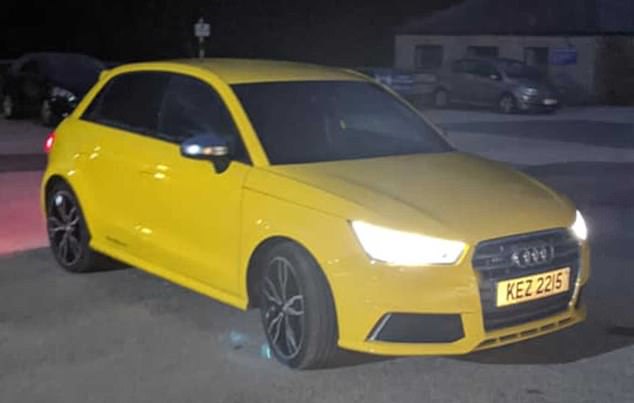 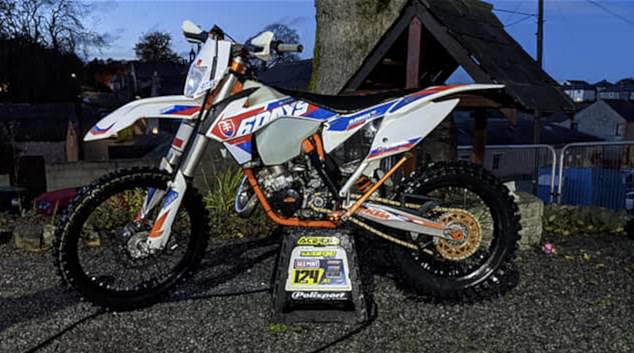 The limited edition 2016 KTM 125 motorbike was also stolen during the crime, which police are linking to others in the local area 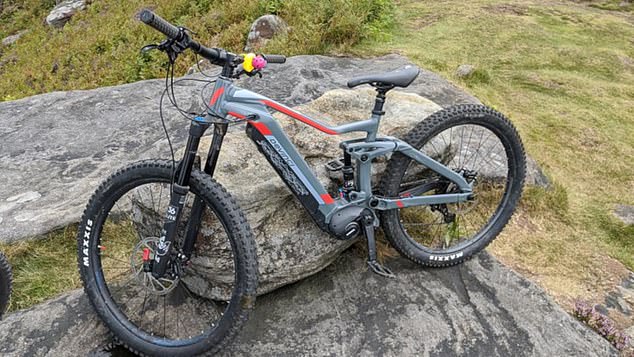 “Around 2am in the morning two lads in a dark transit van broke into the house and took the keys. Not only this they have taken my purse, my dad’s wallet and other things.

Derbyshire Constabulary has confirmed they were investigating the theft and said they believed it was linked to other break-ins in the area.

One user wrote under the post: “Absolute b******s. Hope they’re found very quickly and given their karma. Sorry that low life scum have done this.”

Another said: “Never heard of a blowtorch being used…you’re lucky you’re still here to write this post.

One user wrote: “The audacity of using a blowtorch now to force entry.”

Another commented: “Wow, they could have burned the house down and killed people.” 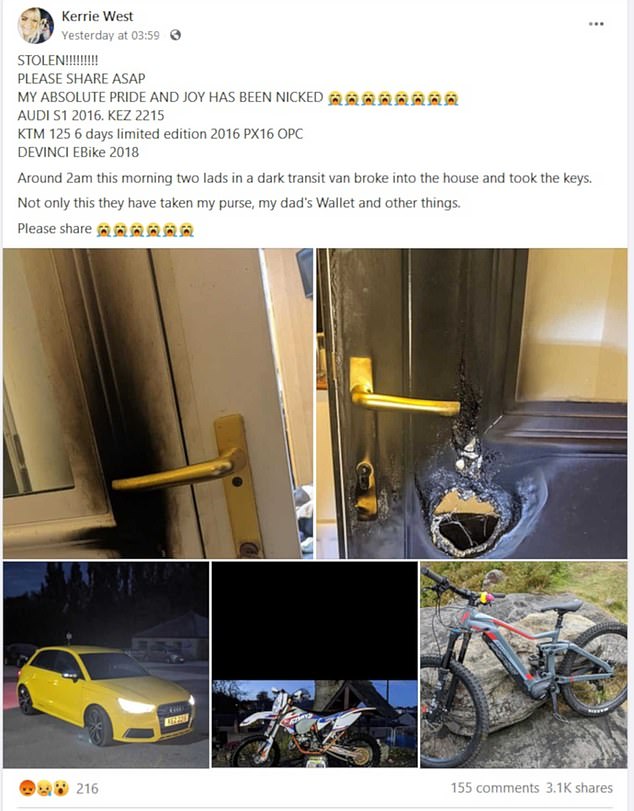 A spokeswoman for Derbyshire Constabulary said: “At 3.15am on December 15, a house in Church Lane, Tideswell, was broken into.

“The thieves took a wallet and a set of keys, which they used to steal the victim’s yellow Audi S1. They also took a motocross trail bike and an electric Devinci bike.

“We are linking the theft to a similar crime that took place in the village that morning. At 3.50am, two men broke into a house in Tithe Barn Close.

They searched the house but didn’t steal anything.

“In both cases, a blow torch was used to break in through the door.

“This is an unusual crime and the victim’s were understandably left very upset. We are investigating and have been speaking to villagers to gather CCTV from the area.