How a futuristic ‘third city’ is set to be built in Sydney’s west around huge 100-hectare second airport – fuelling a jobs boom in tech, science and education

Sydney’s third city – to be built around the western Sydney airport – will be named after John Bradfield, the engineer who designed and oversaw construction of the Sydney Harbour Bridge and the city’s railway network.

Premier Gladys Berejiklian said Bradfield would be Australia’s ‘first 22nd century city’, that would deliver up to 200,000 jobs across the western parkland precinct.

‘I’m very pleased that at this core of the city we are building will be called Bradfield in honour of that outstanding engineer who shaped much of Sydney’s transport network, who had the vision … of the Sydney Harbour Bridge and who’s inspired generations of engineers,’ she said on Tuesday.

The name was chosen after extensive community consultation and endorsement by a government panel. 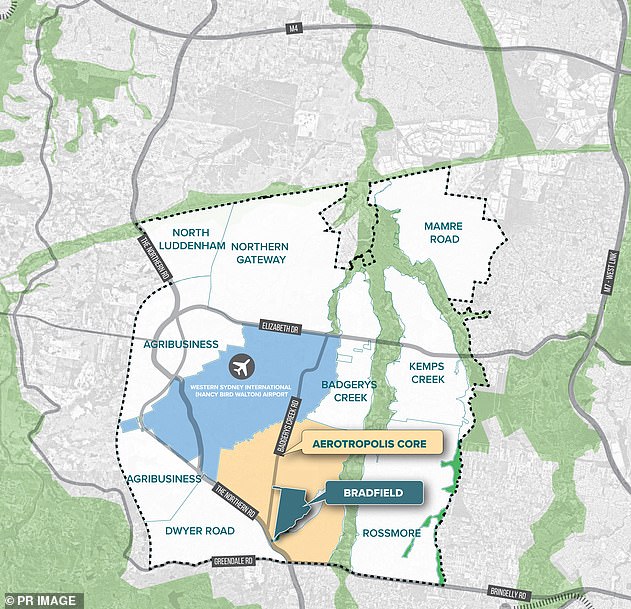 Sydney’s third city (pictured), which is being built around the western Sydney airport, will be named after engineer John Bradfield who created the Sydney Harbour Bridge and the city’s railway network 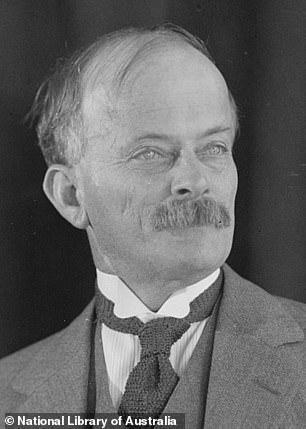 Located north of Bringelly, Bradfield will cover more than 100 hectares which will incorporate advanced manufacturing and be a centre for research, science and education.

The precinct will be adjacent to the Nancy Bird Walton Airport that’s now under construction, that’s due to begin operations in 2026.

Standing in the paddock where the new city will be built, the premier said the area would create great economic opportunities with blossoming industries incorporating advanced manufacturing, logistics, agribusiness, research and development as well as a myriad of industries creating jobs for the future.

‘As we’re going through a difficult time for our state it’s important to plan for us… to plan for our future,’ she said. 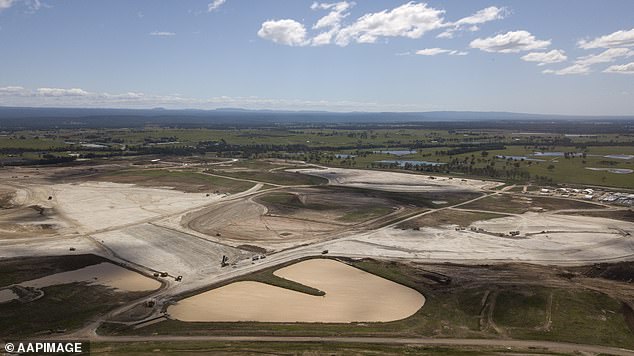 Memorandums of understanding had already been signed with nearly 20 organisations, locally and globally, which were interested in establishing enterprises in the future city.

People living in Sydney’s second city Parramatta would in the future be looking west to Bradfield, rather than Sydney for jobs.

‘And I couldn’t be more pleased about that,’ the premier said.

‘We will be competing around the world for the best jobs.’ 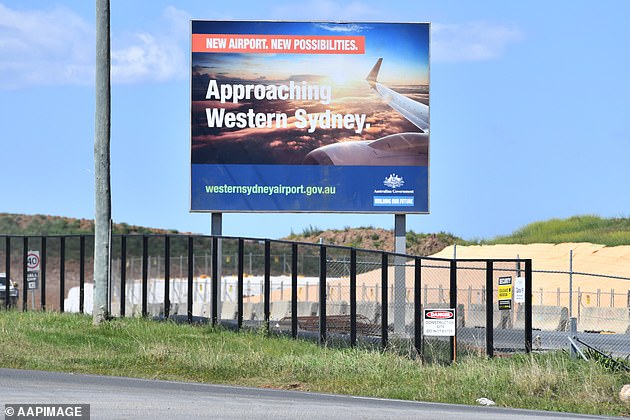 Located north of Bringelly, Bradfield will cover more than 100 hectares which will incorporate advanced manufacturing and be a centre for research, science and education. Pictured A sign near the new international airport

Plans were already well under way for roads and transport networks for the community.

John Bradfield’s grandson Jim Bradfield said his grandfather would have been amazed to have his name associated with such a great infrastructure project.

‘This is a great place for his vision, his drive and his enthusiasm to again flourish,’ he said.

Western Sydney Minister Stuart Ayres said the first building for the city would be under construction by the end of this term of the government in 2023.

The entire project which includes a rail link to the airport had been allocated $11billion and there had already been extensive rezoning of land in the area from rural to enterprise, he said.

He promised that the required infrastructure of roads, parks and public transport would be in place before houses and industries were built.

WHAT IS THE NEW WESTERN SYDNEY AIRPORT AND ‘THIRD’ CITY?

The new Nancy-Bird Walton Airport at Badgerys Creek in Western Sydney – dubbed the ‘Aerotropolis’ is due to open in 2026.

The 1780-hectare airport site will include a modern terminal surrounded by dozens of airline gates, with two large runways.

Passengers will be able to enjoy landscaped gardens and a giant public plaza with retail shopping, dining and entertainment.

By the early 2060s the airport is expected to accommodate up to 80 million passengers annually.

The ‘third city’ is expected to resemble the Sydney CBD and Parramatta as a hub of commercial activity.