This is Savannah’s most underrated neighborhood for food 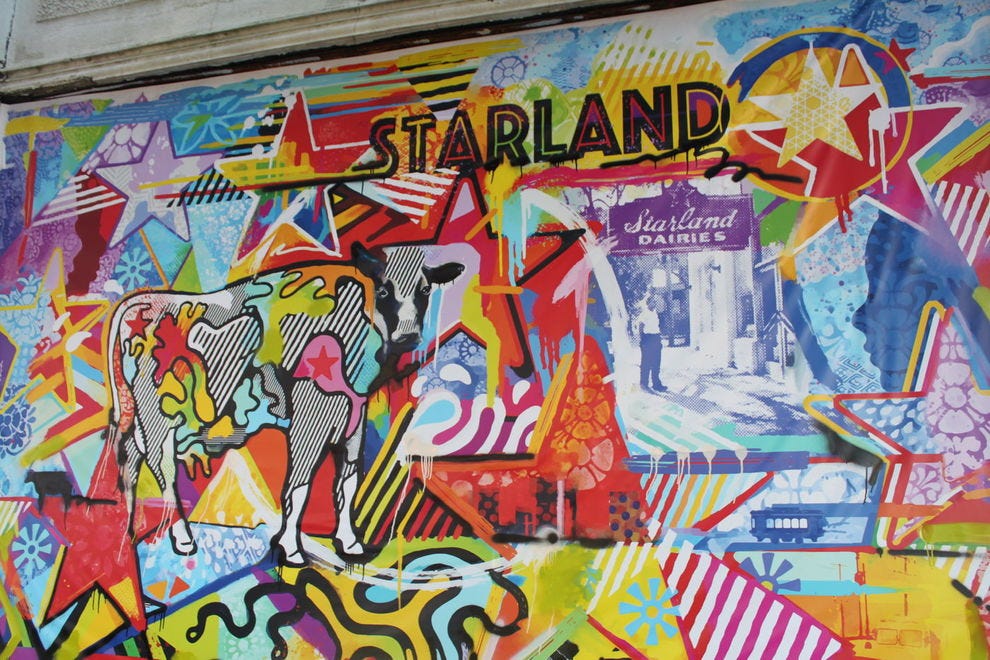 Note from 10Best: Due to the ongoing pandemic, several restaurants are operating as takeout or delivery only. Contact individual businesses for the latest updates.

Savannah, Georgia is one of the most charming Southern cities, known for its Spanish moss-draped trees in the lovely squares, the iconic historic homes, and, of course, the food. It’s where you’ll find incredible restaurants like the family-style Mrs. Wilkes Boarding House or the award-winning The Grey. But there’s so much to eat beyond the Historic District.

Originally a streetcar suburb, the area south of Forsyth Park was lively until the 1950s when suburbanization caused it to fall into disrepair. But in the 1990s, two enterprising students from Savannah College of Art and Design implemented their vision for the neighborhood that became the Starland District, named for the defunct Starland Dairy.

Today, it’s where you’ll find funky vintage shops and record stores, along with some of the best eateries in the city.

Back in the Day Bakery 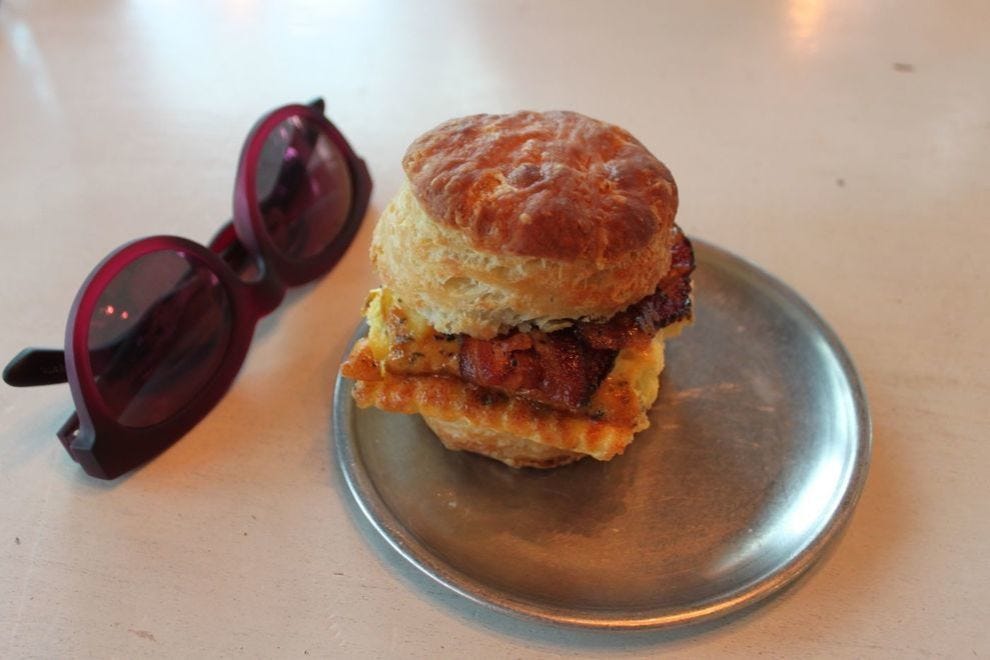 Back in the Day Bakery biscuit — Photo courtesy of Caroline Eubanks

Before the Starland District became what it is today, this local bakery gained popularity for its pastries and James Beard-nominated cookbook. Back in the Day Bakery is a teal tile-covered building run by couple Cheryl and Griffith Day, opened in 2002.

Their Southern-style biscuits are often sold out, so head over there early. 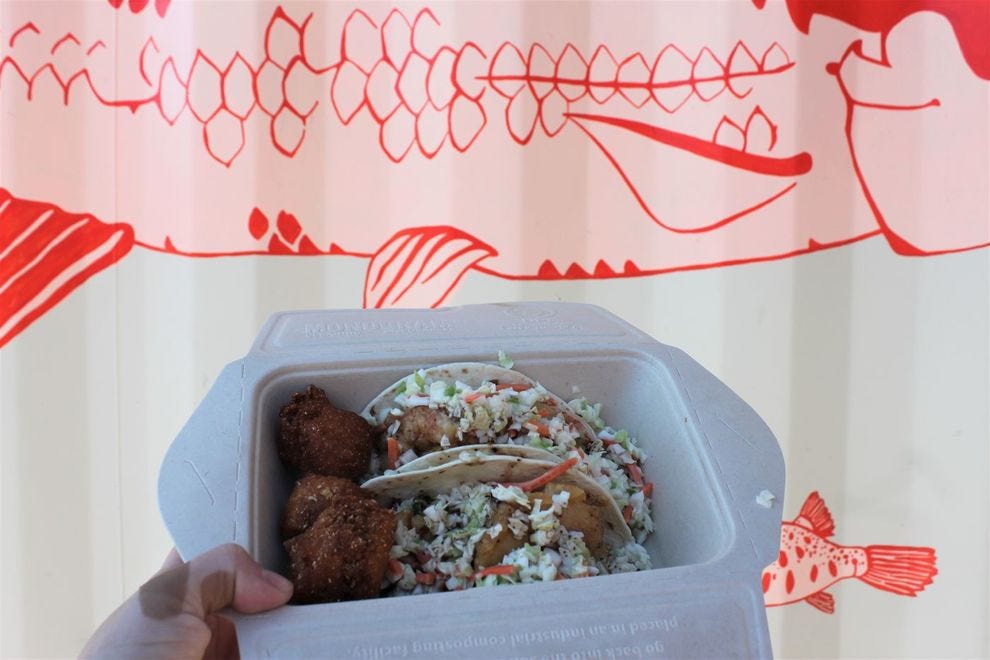 The neighborhood centers around Starland Yard, a shipping container park that makes for the perfect Sunday Funday. It has Vittoria Pizzeria Napoletana, an authentic Neapolitan pizzeria that is open daily, from Chef Kyle Jacovino, an alum of the local restaurant scene.

You’ll also find a rotating selection of food trucks and the Yard Bar, which offers local beer on tap and craft cocktails. There’s also a rooftop courtyard and a faux grass lawn where you can play games like bocce.

The yard operates on a tab system, so you charge food and drinks before paying when you leave. 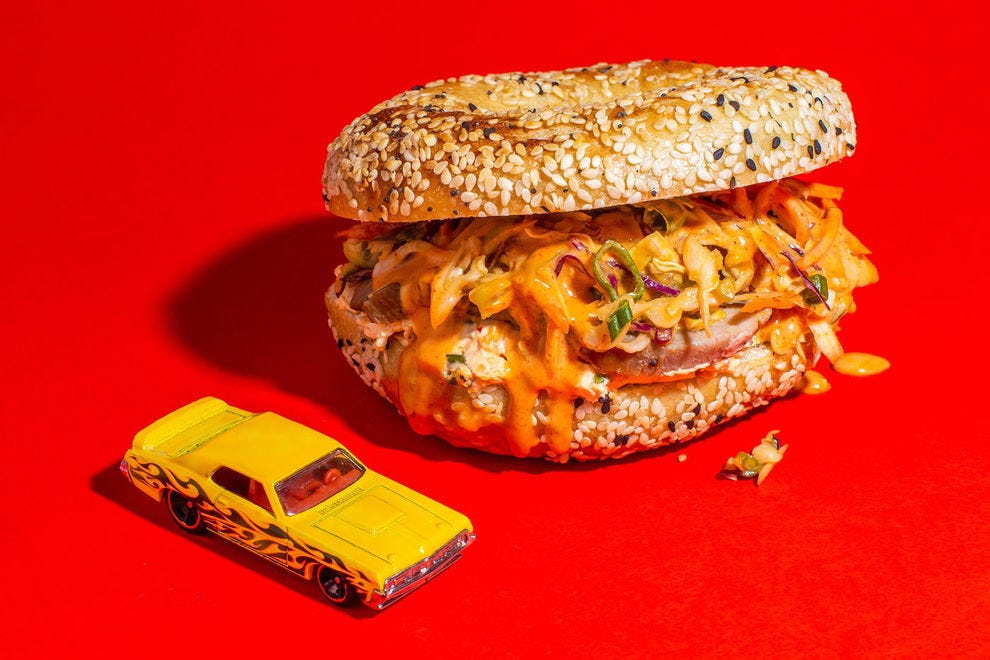 What started as a pizza food truck in 2016 has now expanded into Big Bon Bodega, a neighborhood corner store inspired by Korean shops. Set in an Art Deco building, the bodega sells its version of Montreal-style bagels, boiled in malt and honey water. They’re then filled with delicious schmears like kimchi and lemon caper spreads.

You can also make your own bagel sandwich with pimento cheese or lox. The store also sells cold drinks, local art, and essentials like toothpaste. The bodega is just down the street from the Gingerbread House, one of Savannah’s most photographed homes, so grab your bagel to eat as you walk. 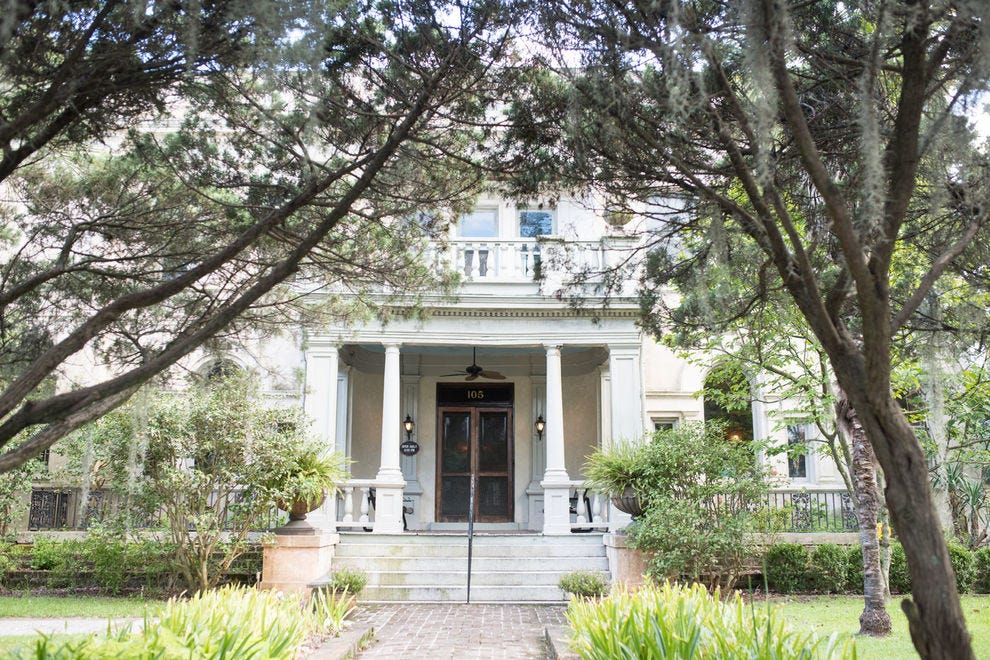 Set in a 1900 mansion, Elizabeth on 37th has won awards for its coastal Southern cuisine. The restaurant opened in 1981 when the Starland District wasn’t yet dreamed up. It’s remained one of Savannah’s best restaurants throughout the neighborhood’s changes.

Menu favorites include the Savannah red rice with local Georgia shrimp and Half Moon River clams with Vidalia onions. The seven-course chef’s tasting menu is the best way to enjoy everything the restaurant has to offer. They also have a carefully curated wine list. 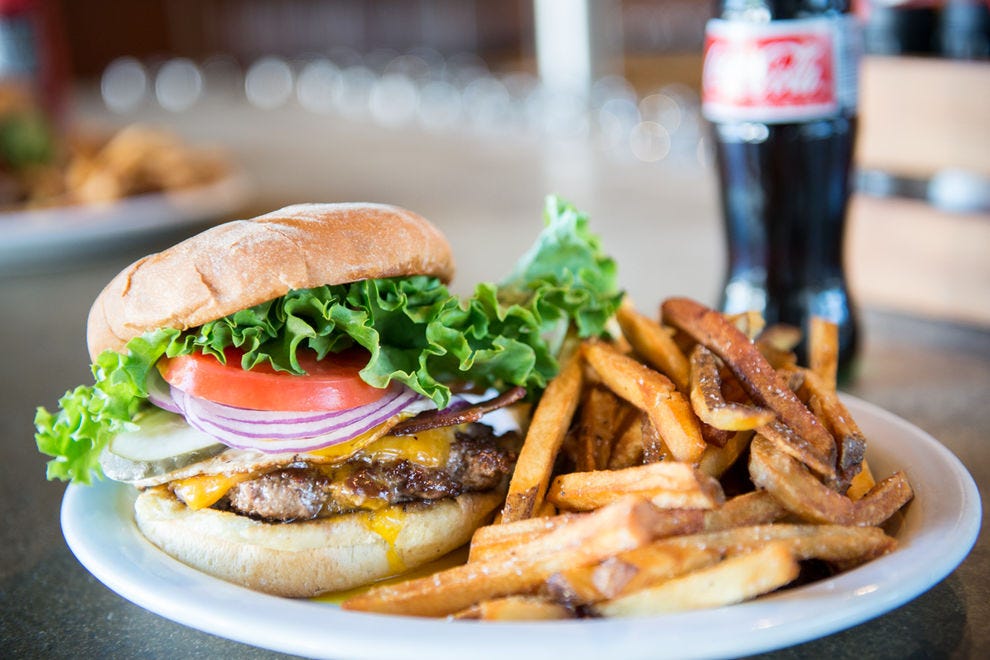 A few blocks away is Green Truck Neighborhood Pub, a beloved neighborhood hangout. Opened by a husband-and-wife team in 2010, the namesake truck is a 1965 Chevy Stepside that sits in front of the restaurant.

Just about everything in the restaurant is made in-house from the ketchup to salad dressing. Ingredients are sourced locally so it’s no wonder their grass-fed burgers have won awards. Even the booths and other decor items are salvaged to cut down on waste. 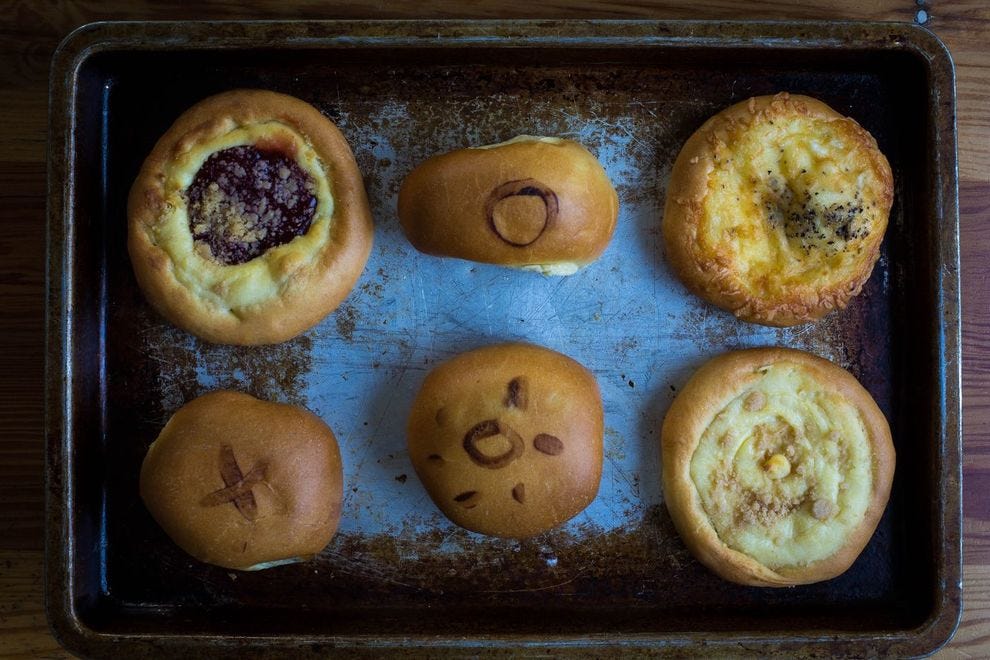 The team behind Foxy Loxy Cafe has a handful of cafes around town, but the Starland District outpost is a local favorite. The eclectic eatery feels straight out of Austin. It’s somewhere you can find lattes with freshly roasted beans from nearby Perc Coffee, in addition to Texas-style kolaches and tacos.

By night, it takes on a different atmosphere with wine and cheese plates alongside live music and cozy fire pits. Weekend brunch offers favorites like shrimp and grits, as well as breakfast burritos.