Thousands of activists took to the streets across the country in ‘Kill the Bill’ protests today, calling on the House of Lords to reject the police, crime, sentencing and courts bill.

The action comes ahead of a crucial vote on the bill by peers on Monday.

Protesters describe it as a draconian crackdown on the right to assembly, freedom of expression and other civil liberties.

In London, many hundreds marched from Holborn towards Parliament Square in Westminster, chanting ‘kill the bill’ and carrying banners reading ‘defend the right to protest’ and ‘we will not be silenced’.

Members of a wide range of social, racial and environmental justice groups joined the rally, demanding that peers stop the bill from becoming law. 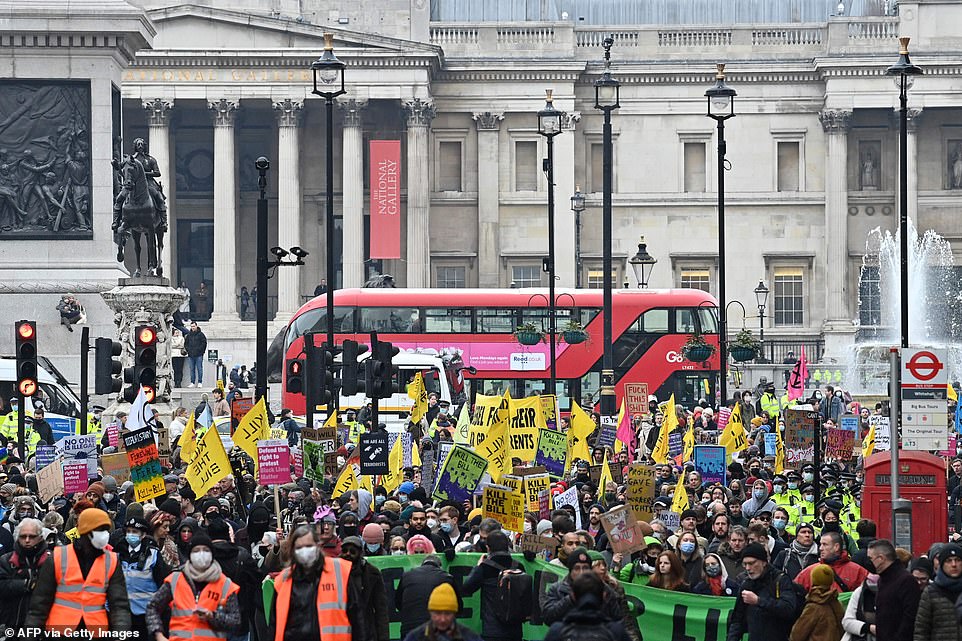 Demonstrators hold up placards as they take part in a march to protest against the Police, Crime, Sentencing and Courts Bill in central London 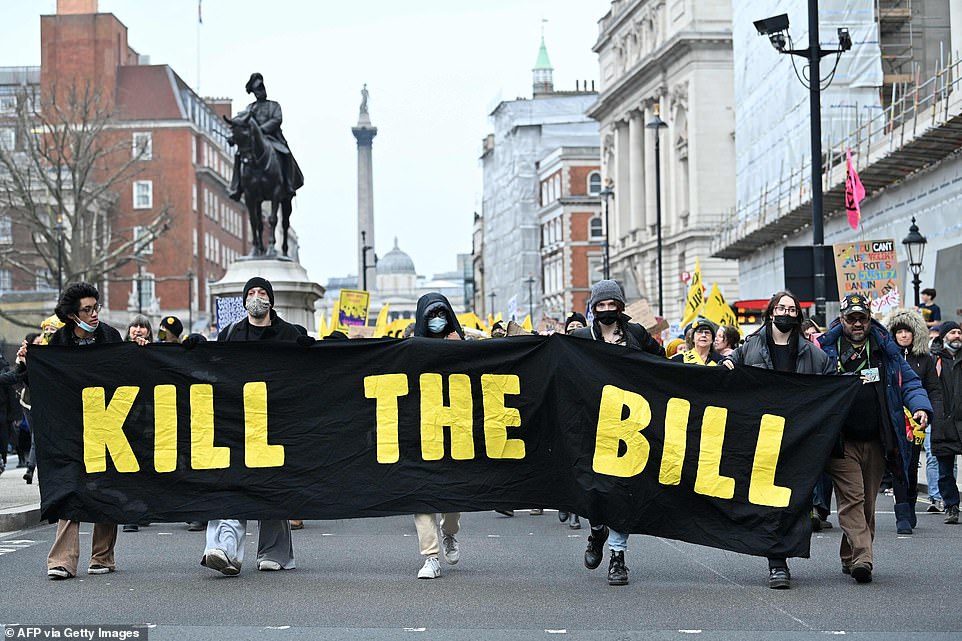 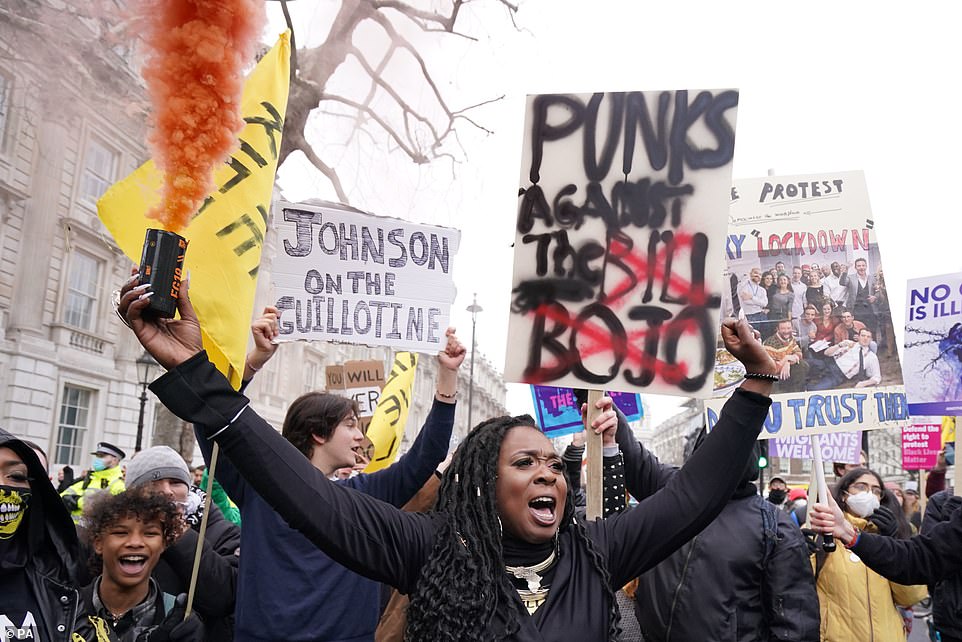 Demonstrators with flares and placards outside Downing Street during a ‘Kill The Bill’ protest. Many were also aimed at Boris Johnson 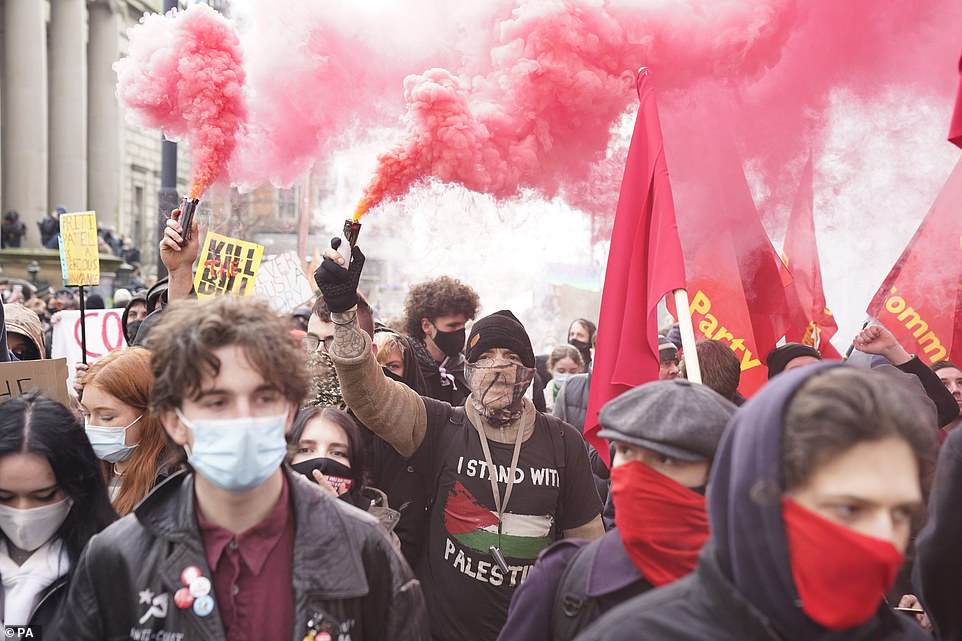 Many of the protesters wore masks as they demonstrated on the streets of London. Pictured: A man holding a red flare in Manchester city centre 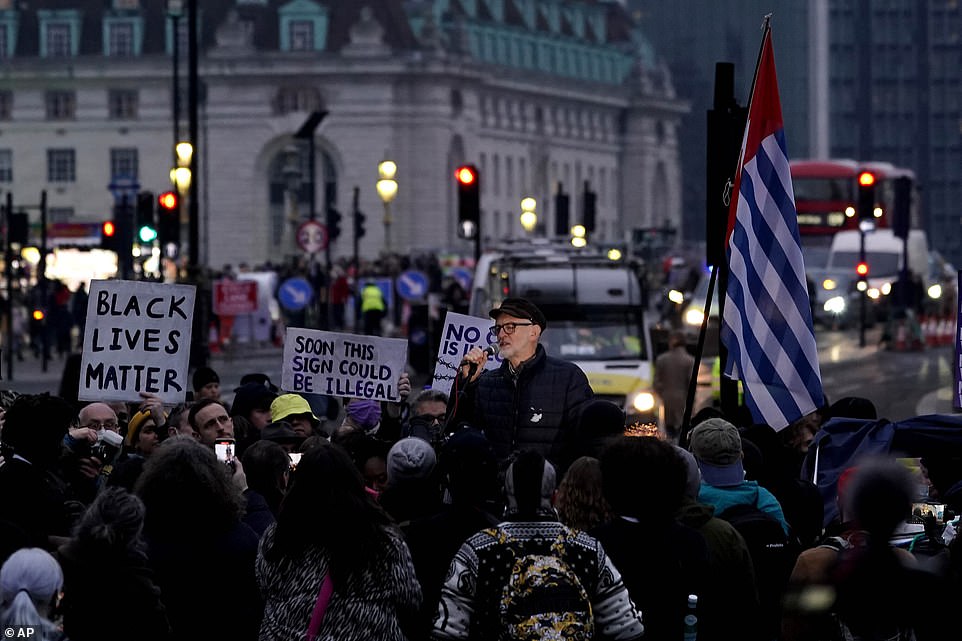 Ben Hancock, 70, from London, said: ‘The measures are completely draconian really, basically rights will be taken away from anybody to protest.’

‘I mean, effectively we’re going to be reduced to a state similar to Russia.’

Sue, a 62-year-old who would only give her first name and who had travelled to the protest as part of Extinction Rebellion from Godalming, Surrey, said: ‘And I believe that some of the provisions in that bill will severely limit the sorts of things that we’re able to do to protest.’

Tied to a fellow protester, she went on to say: ‘So we won’t, for instance, be able to be together like this holding hands, or, or even tying ourselves together.

‘There are many, many things that we won’t be able to do and really, protests will just be a thing of the past. 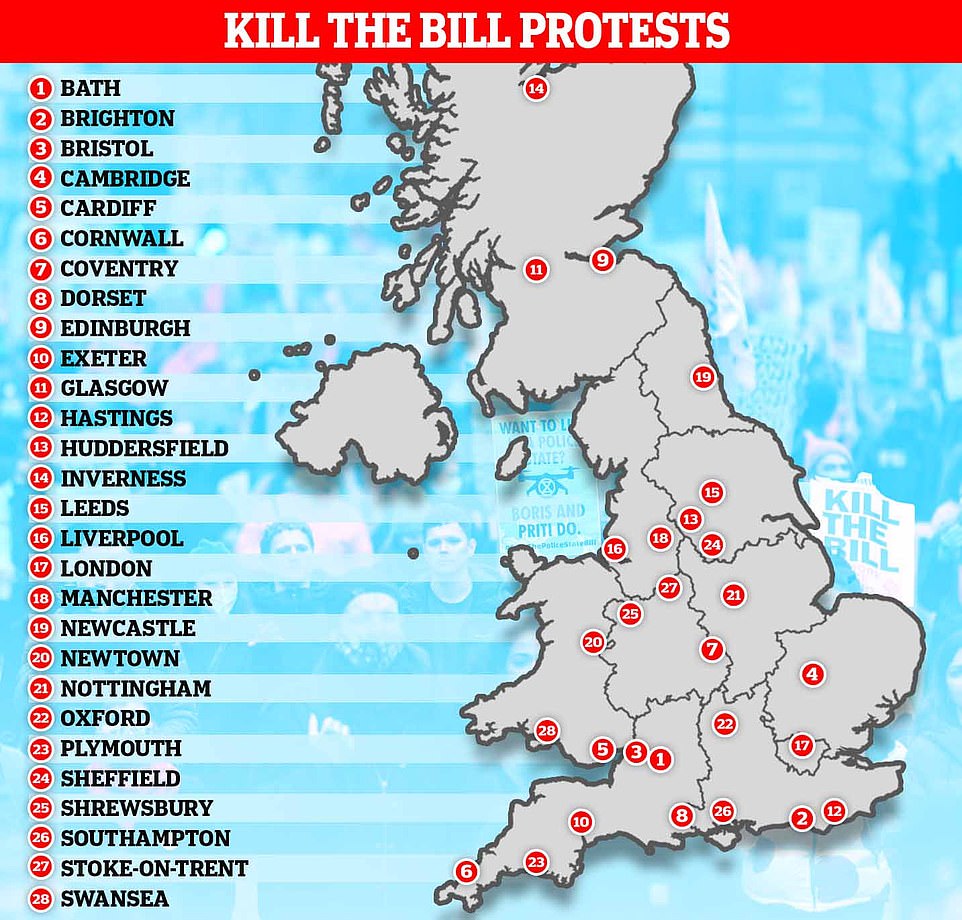 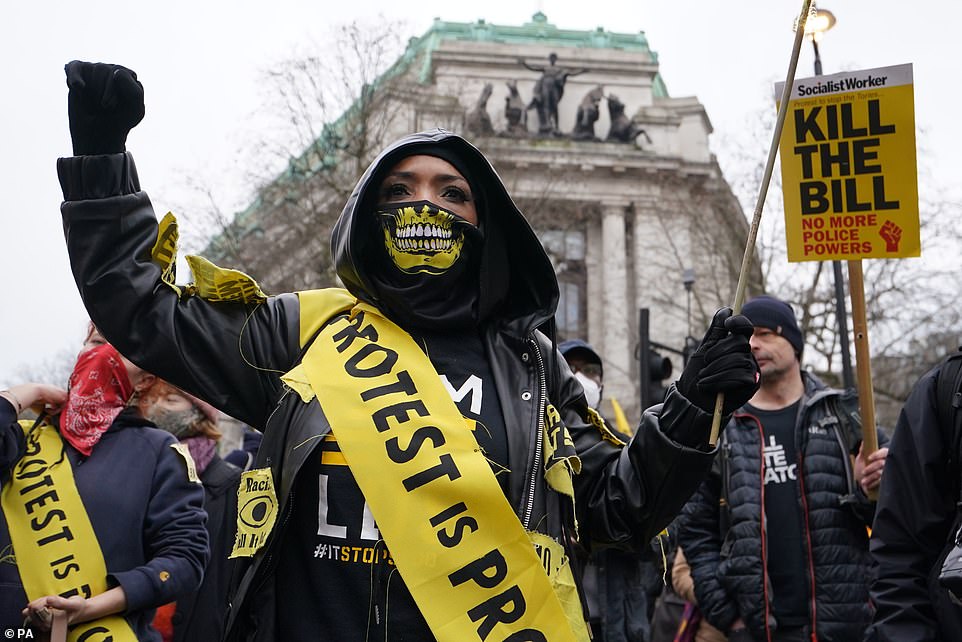 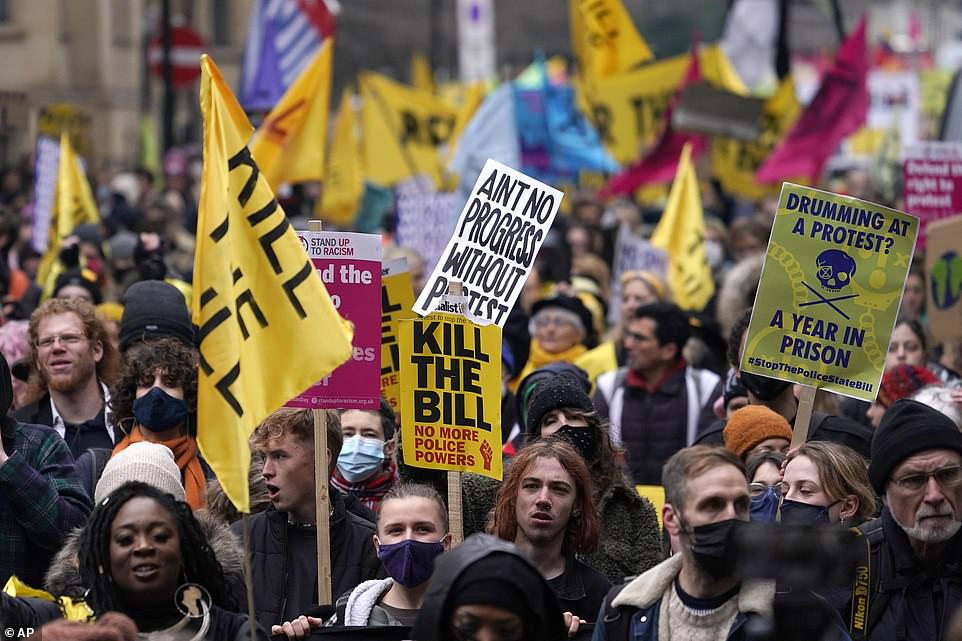 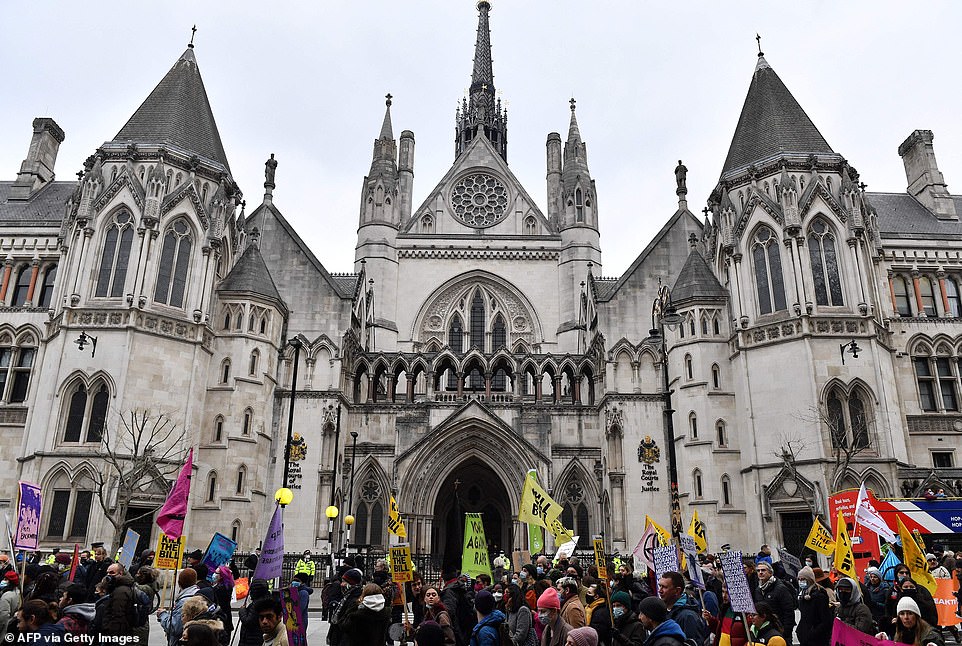 Demonstrators hold up placards as they take part in a march, past The Royal Courts of Justice, Britain’s High Court 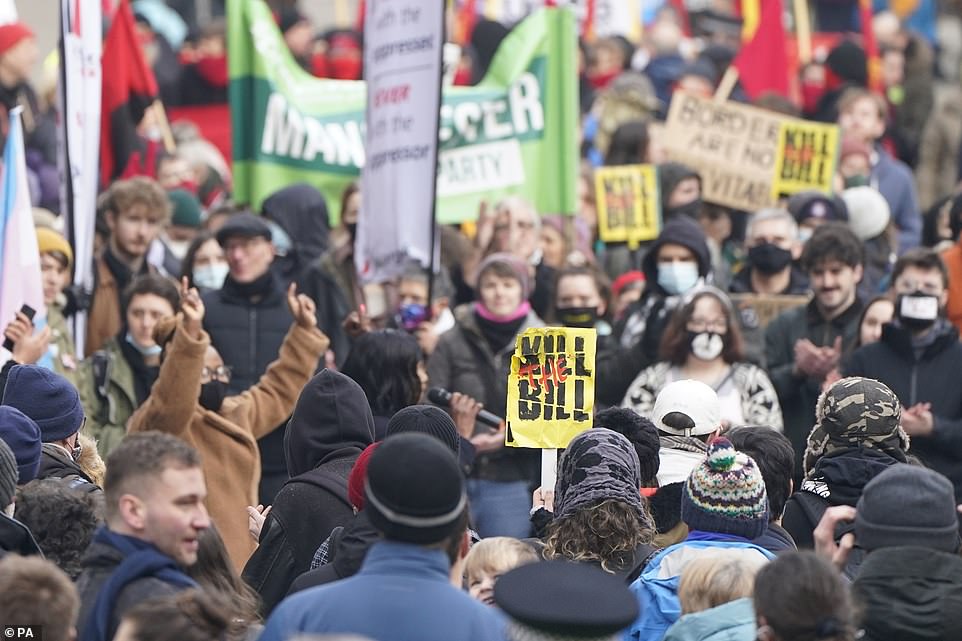 Across Britain thousands of people took to the streets to show their displeasure at the Police, Crime, Sentencing and Courts Bill 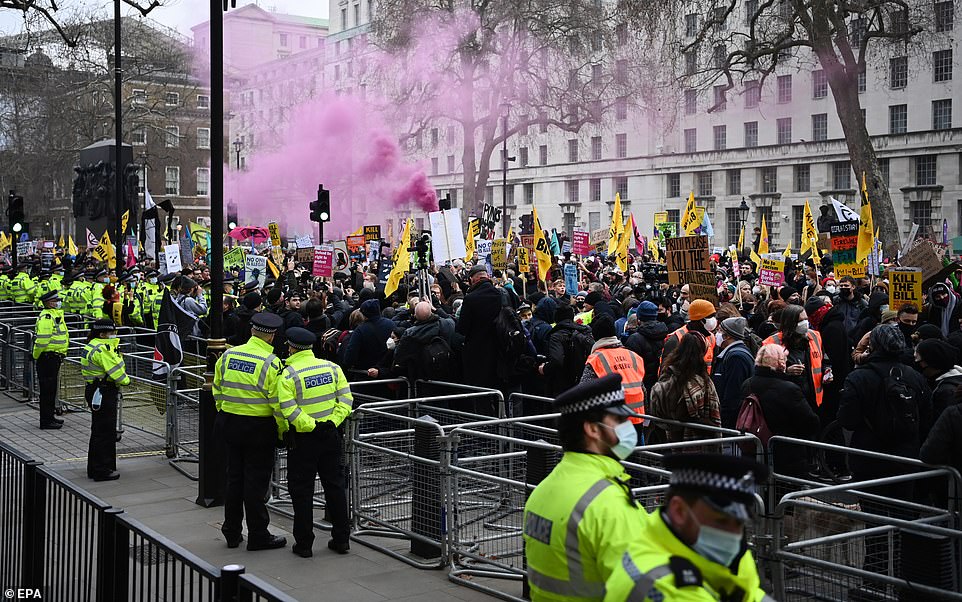 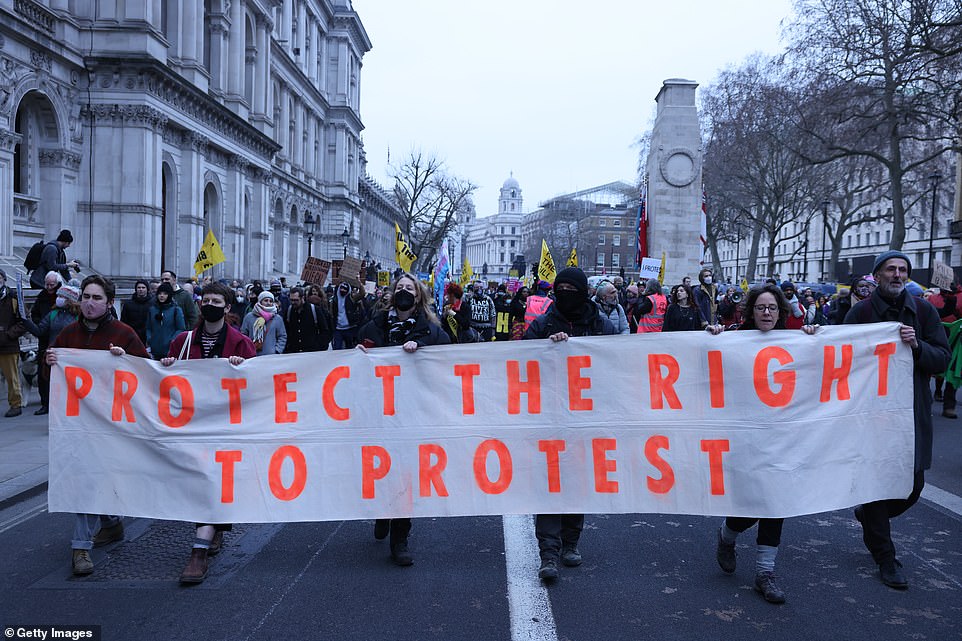 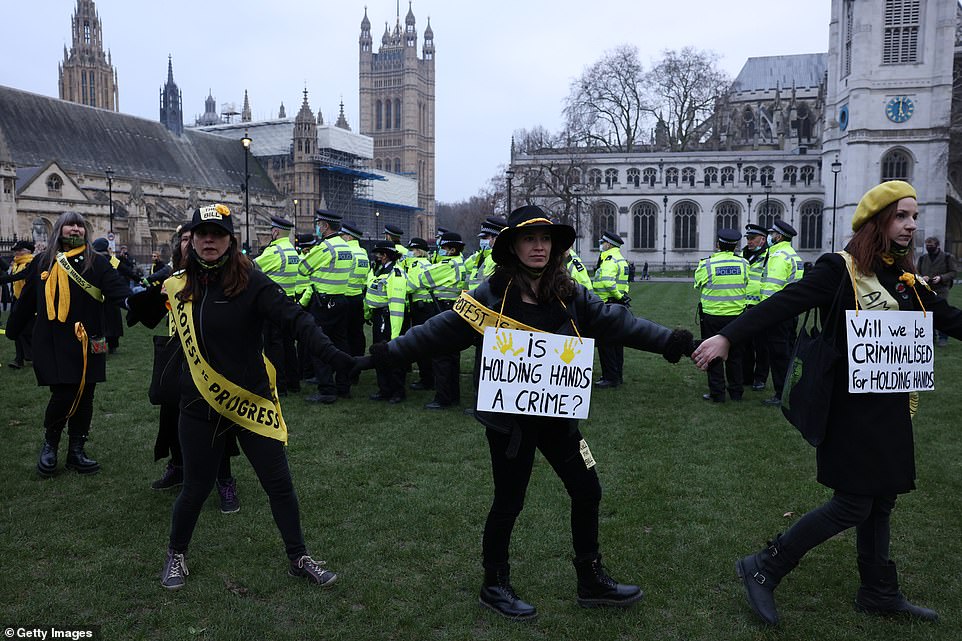 ‘And so many of the the freedoms that we have in this country have been gained through protest.

‘Not through just people being quiet about it, and people in power deciding that they’ll give freedoms to people, but because people have come out on the streets and made a noise and made a protest.

Terry Matthews, 69, from south London said: ‘I think we’re facing a really vitriolic attack on our rights to protest and our freedoms to show our dissatisfaction with the status of the Government and the country. 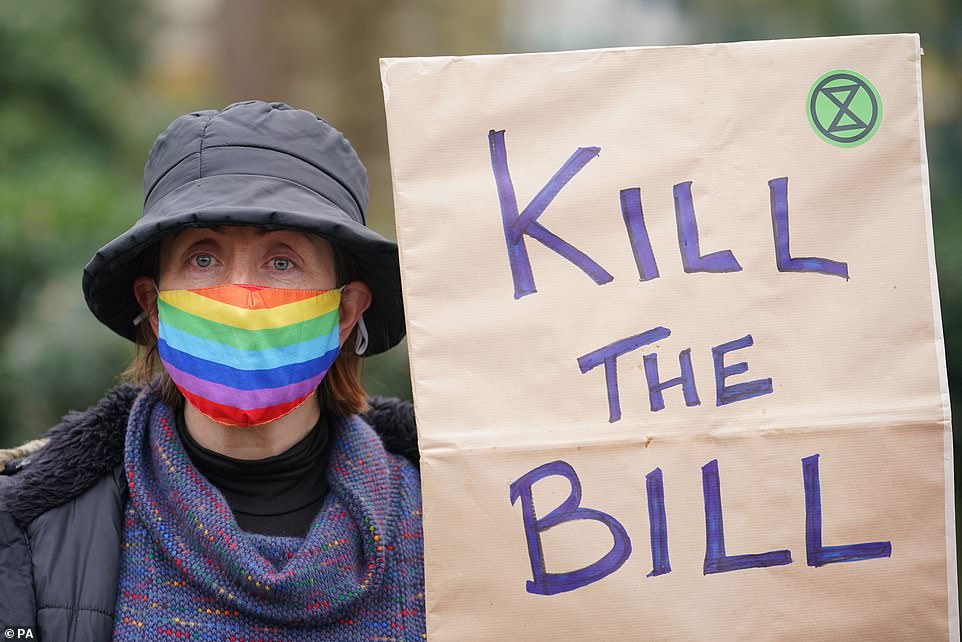 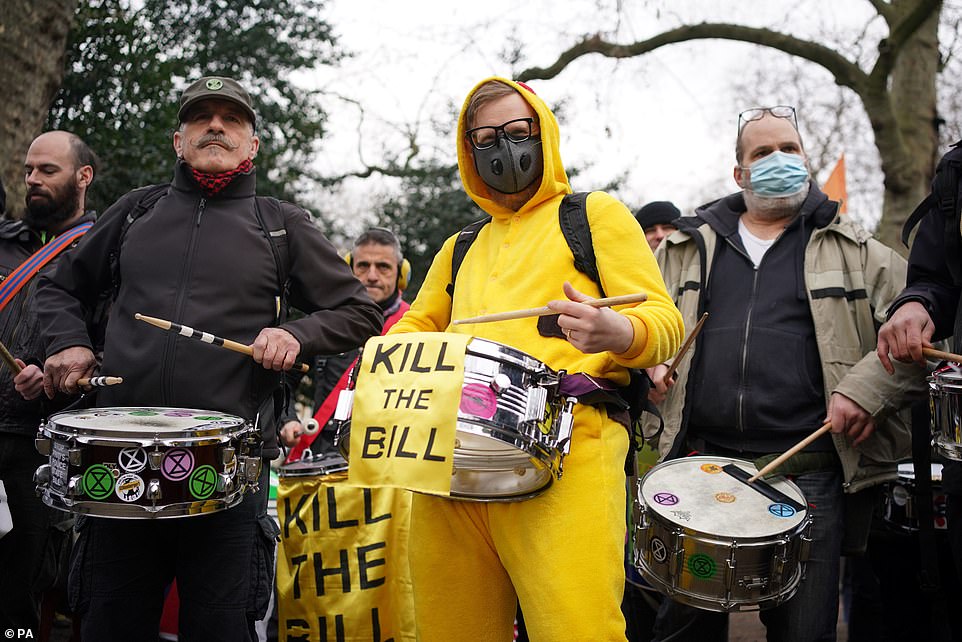 Drummers joined protesters in London to demonstrate against the bill. The drums they used were plastered in Extinction Rebellion stickers 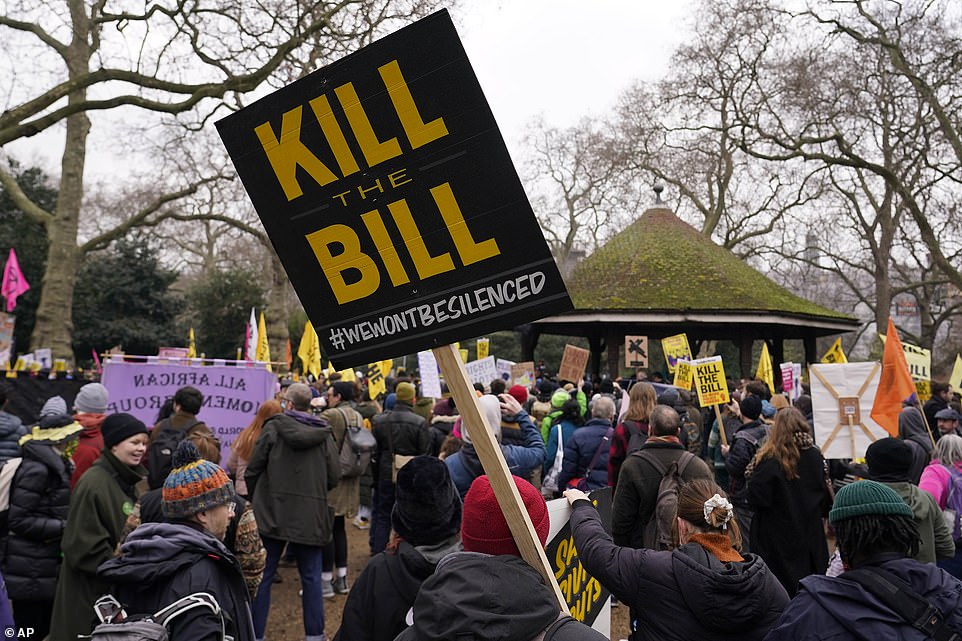 One sign included the hashtag ‘we won’t be silenced’ underneath a call to kill the Police, Crime, Sentencing and Courts Bill 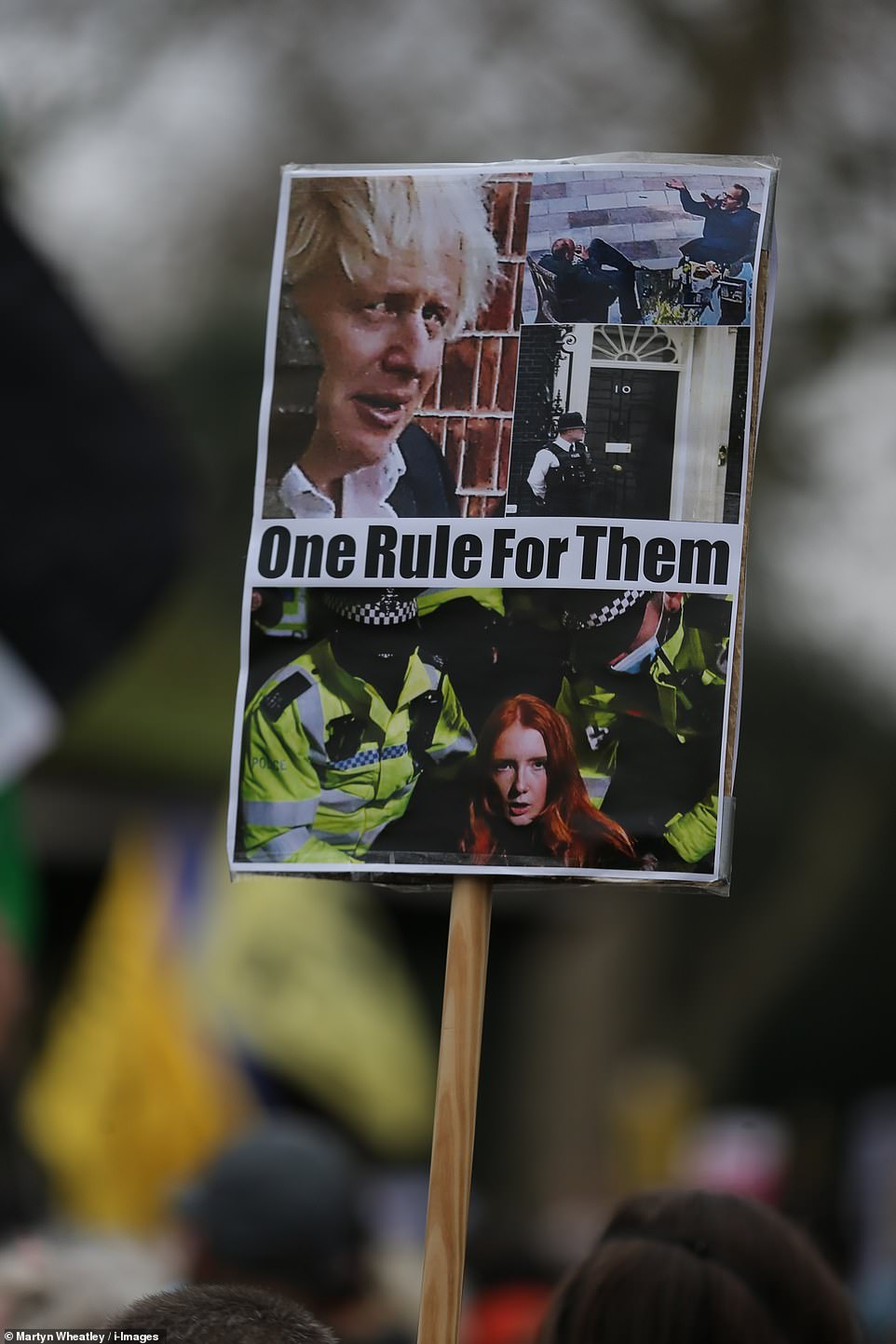 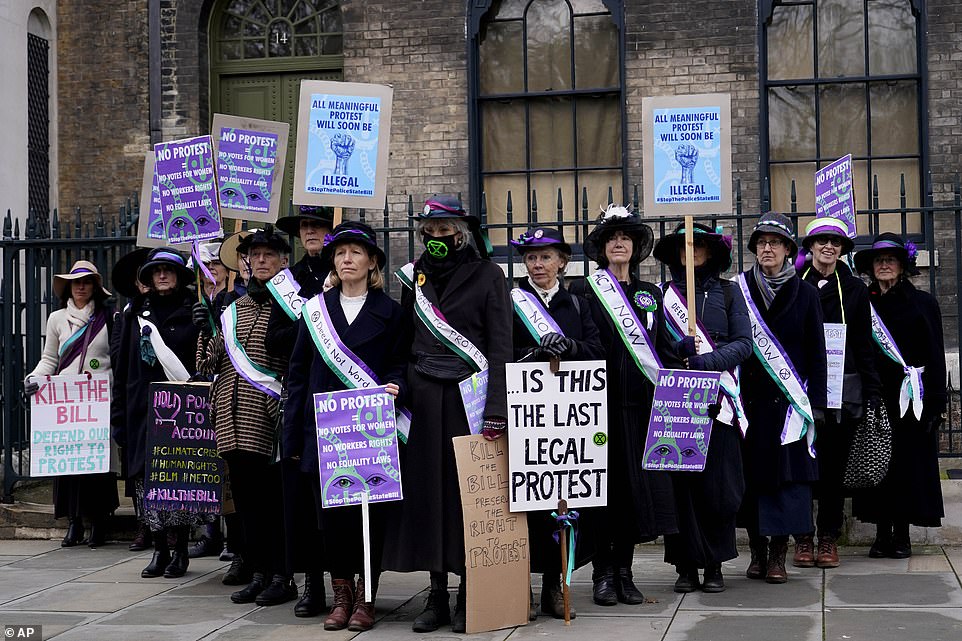 The Police, Crime, Sentencing and Courts Bill is set to be discussed by peers in the House of Lords tomorrow when it comes before them 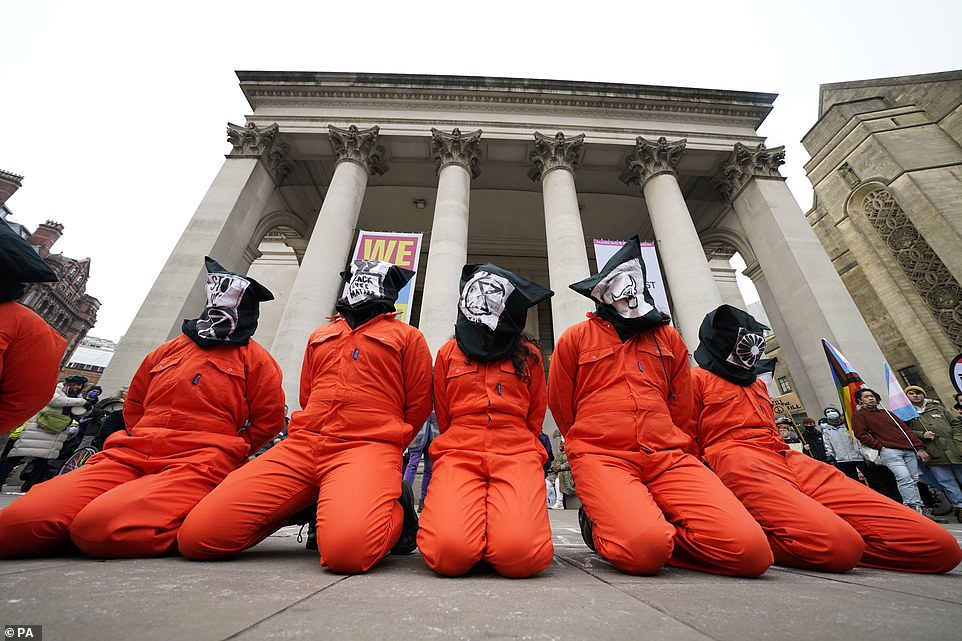 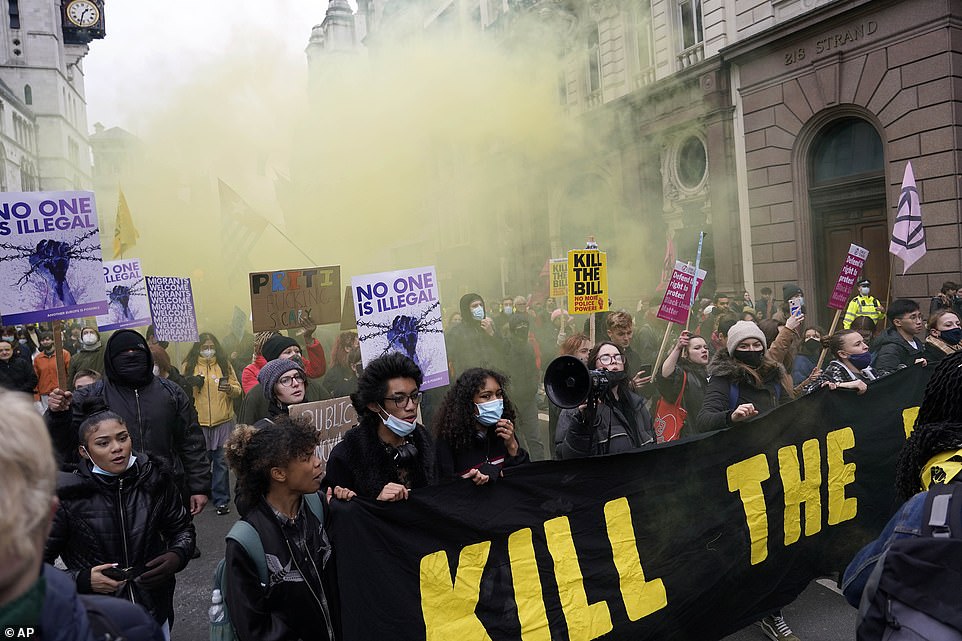 Members of a wide range of social, racial and environmental justice groups joined the rally, demanding that peers stop the bill from becoming law

‘And it’s a really dangerous step to try to take.’

The Bill would put protesters at risk of lengthy prison sentences and hefty fines for actions that cause ‘serious annoyance’, which could be done just by making noise.

It would expand stop and search powers, and new laws against residing on land without authorisation with a vehicle would effectively criminalise gypsy, Roma and traveller communities.

Amendments added to the bill by the Government in the House of Lords in November make obstructing major transport works a criminal offence and would equip police with the power to ban named people from demonstrating. 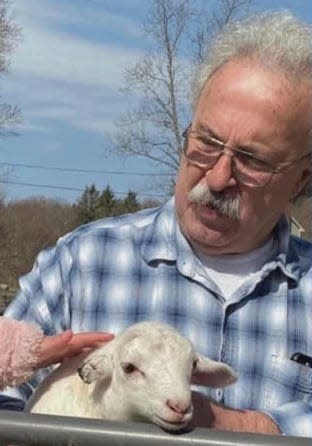