By Associated Press and Joe Pinkstone For Mailonline 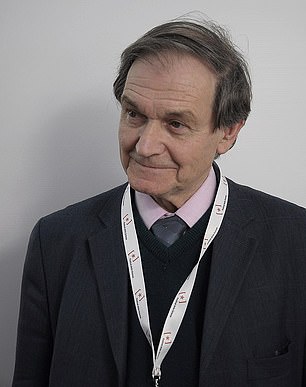 Pictured, Professor Roger Penrose from the University of Oxford

The 2020 Nobel Prize for physics has been awarded to Sir Roger Penrose for a black hole discovery and Reinhard Genzel and Andrea Ghez for discovering ‘a supermassive compact object at the centre of our galaxy.’

It is common for several scientists who worked in related fields to share the prize.

Professor Penrose, 89, from the University of Oxford, was awarded half of the prestigious prize ‘for the discovery that black hole formation is a robust prediction of the general theory of relativity’.

Professor Genzel, 68, from the Max Planck Institute for Extraterrestrial Physics in Germany, and Professor Ghez, 55, from UCLA will share half the prize ‘for the discovery of a supermassive compact object at the centre of our galaxy’. 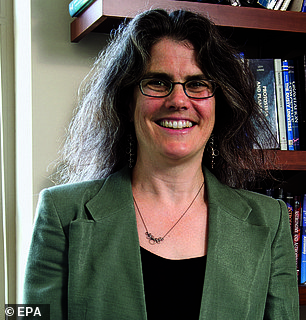 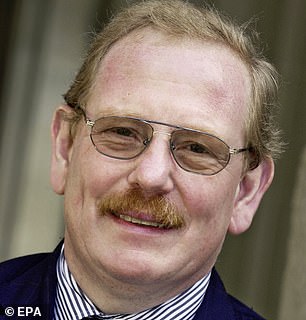 Among the Nobel prizes, physics has often dominated the spotlight with past awards going to scientific superstars such as Albert Einstein for fundamental discoveries about the make-up of the universe, including the general theory of relativity.

‘The discoveries of this year’s Laureates have broken new ground in the study of compact and supermassive objects,’ David Haviland, chair of the Nobel Committee for Physics, said.

‘But these exotic objects still pose many questions that beg for answers and motivate future research.’

Sir Roger’s work proved that the general theory of relativity, first proposed by Albert EInstein in 1905, leads to the formation of black holes.

Professors Genzel and Ghez discovered that an invisible and extremely heavy object governs the orbits of stars at the centre of our galaxy.

Although exactly what this is remains unknown,  a supermassive black hole is the only currently known explanation. 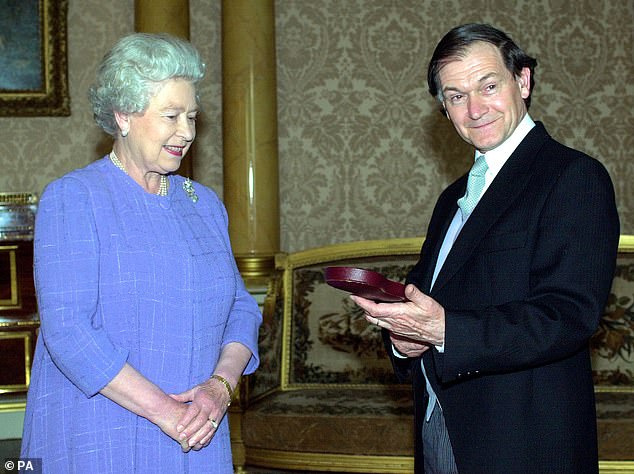 Sir Roger Penrose is a highly decorated scientist. In 1994, he was knighted by Queen Elizabeth II (pictured), for services to science 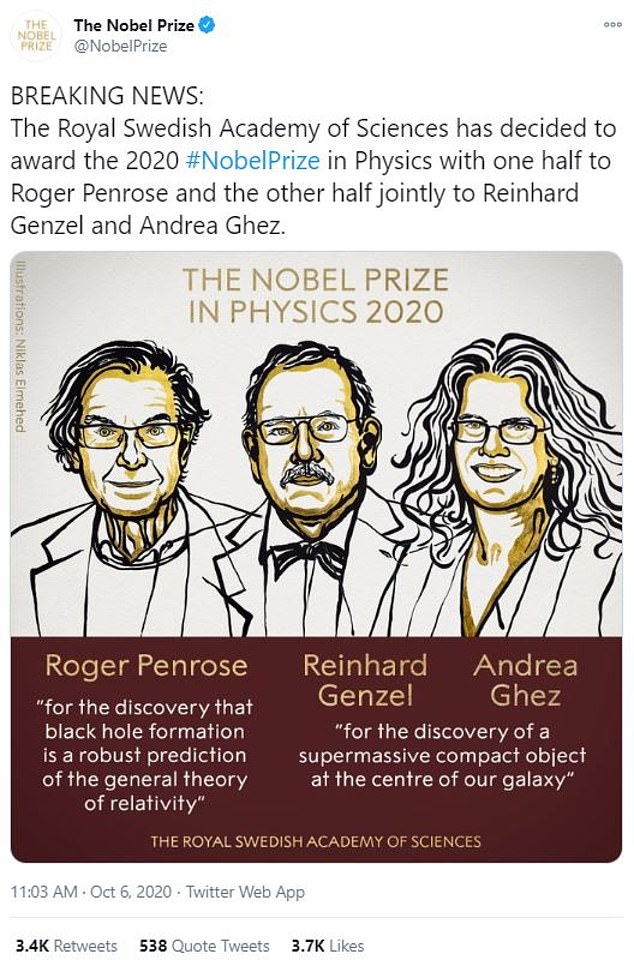 Professor Ghez is only the fourth woman to win the physics prize, after Marie Curie in 1903, Maria Goeppert Mayer in 1963 and Donna Strickland in 2018.

Last year’s prize went to Canadian-born cosmologist James Peebles for theoretical work about the early moments after the Big Bang, and Swiss astronomers Michel Mayor and Didier Queloz for discovering a planet outside our solar system.

The famed award comes with a gold medal and a share of the prize money, which stands at 10 million Swedish kronor (more than $1.1 million/£864,200).

The award and funds come courtesy of a bequest left 124 years ago by the prize’s creator, Swedish inventor Alfred Nobel.

The amount was increased recently to adjust for inflation.

The other prizes are for outstanding work in the fields of chemistry, literature, peace and economics. 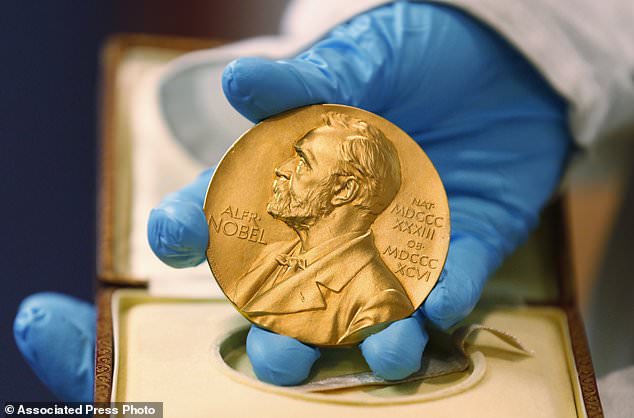 Lakers vs. Heat: Three keys to watch in Game 4 of the NBA Finals

Lakers vs. Heat: Three keys to watch in Game 4 of the NBA Finals