The last time the US Open was at Winged Foot, Tiger Woods arrived utterly bereft following the recent loss of father and mentor, Earl.

Tiger had not played, had not practised, and looked like he would rather be anywhere else. He was still the 5-1 tournament favourite. Fourteen years on, even the bookies have lost faith in him.

After Serena Williams came up short in her pursuit of the all-time mark in her sport at Flushing Meadows last week, they see no prospect of one of the few comparable athletes over the last 20 years getting closer to his, just an hour or so up the road in metropolitan New York. 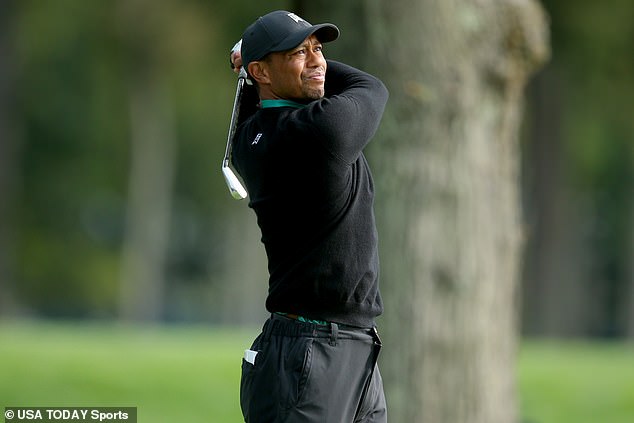 Whoever thought we would see Tiger at America’s national championship with odds of 40-1 against his name?

He is even a holder of one of the four grand slam titles. Is there any prospect the bookies have got it hopelessly wrong?

Well, after a bit of experimentation that proved a dead loss, Tiger has wisely stuck his old Scotty Cameron putter back in the bag, the one with which he won 14 of his 15 majors.

There is also the curious case of the Zozo Championship, staged in Japan late last year on a tight, tree-lined layout where, amid similar scepticism, he waltzed away from the field to achieve his record-equalling 82nd PGA Tour triumph. 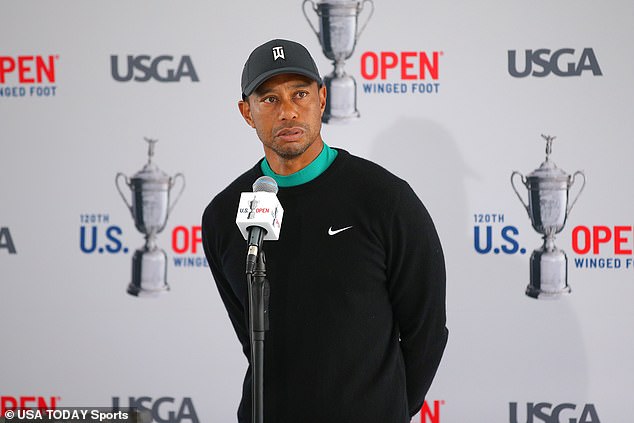 ‘It wasn’t what you’d call a typical venue that would fit his eye. It was more a US Open set-up,’ Ian Poulter revealed to Sportsmail recently. ‘But his ball-striking and putting were off the charts.’

Woods will certainly need both in good order this week, simply to improve on the inevitable missed cut — his first in a major as a professional — that followed in 2006.

‘I’d place Winged Foot alongside Oakmont (another US Open venue) and Carnoustie as the three hardest courses I’ve played, and that’s before they do anything with the set-up,’ said Woods.

‘The winning score has never been low here and I don’t see that changing this week.’

Asked if he could go one better than Serena, Woods was philosophical. ‘One thing Serena and Rafa Nadal, Roger Federer and myself all know is that it gets harder to win as we age,’ said the 44-year-old. 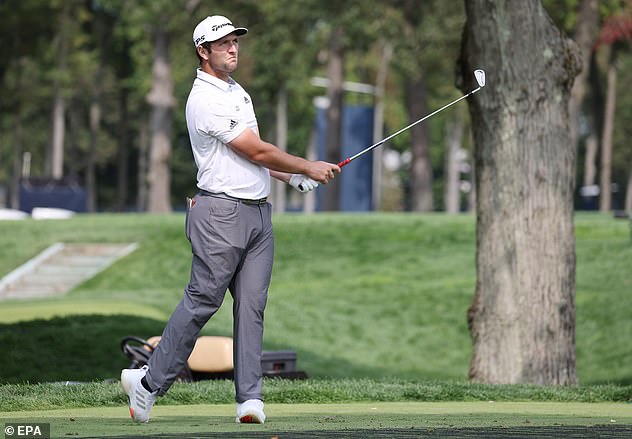 It is a statistical curio that Tiger’s three victories in the US Open have all come on public courses where the energy of the considerable blue-collar element of the audience helped his quest.

Now, he is playing on a forbidding, very private course without the presence of any spectators at all. Still, 10-1 to finish in the top eight? There are worse US Open bets.

Dustin Johnson is less than that to win, which is hardly surprising after following his runner-up finish in the season’s first major with a 1-2-1 run in the three FedEx Cup events. Johnson, admitted, however, that he will not be able to call upon his most formidable weapon — his driver — as much as he would like.

‘There are holes where I can hit a driver but there are a lot where I’ll be taking an iron off the tee, because you just have to find the fairways,’ said the 36-year-old American, who has duly added a two iron to his armoury.

World No 2 Jon Rahm concurred, opining that the winning score will be over par once more, just as it was at four of the five previous US Opens at Winged Foot.

Setting the scene nicely for four days of drama and spills, world No 3 Justin Thomas said: ‘The green complexes are so difficult. If you’re into pros looking a bit silly after some chips and putts go wrong, you are going to love it.’

Yuengling, America's oldest brewer, is expanding west thanks to a partnership with Molson Coors

Yuengling, America's oldest brewer, is expanding west thanks to a partnership with Molson Coors

US wildfires: What are the health risks of smoke pollution?

The ‘selfish waster’ who now runs a monastery

Frustrated viewers have slammed the Scottish government's anti-Covid advert and accused it of 'scaremongering' after it...