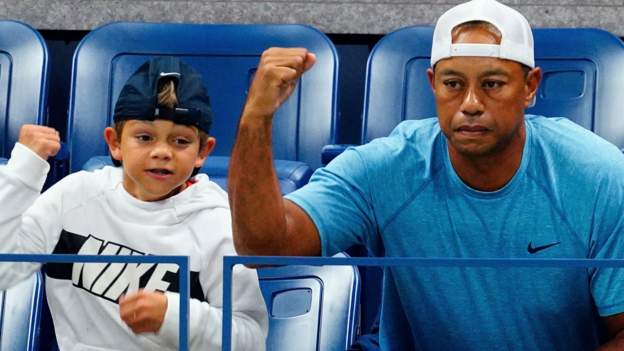 
Tiger Woods will team up with his 11-year-old son Charlie in next month’s PNC Championship at the Ritz-Carlton Golf Club in Orlando.

Formerly known as the Father/Son Challenge, the event sees PGA Tour and LPGA major winners joined by a family member to compete as a team.

Woods, 44, who has won 15 majors, will make his debut in the tournament.

“He’s starting to get into it,” said Tiger, who has won 82 PGA Tour events and has been spotted at various junior tournaments acting as Charlie’s caddie.

“He’s starting to understand how to play. He’s asking me the right questions. I’ve kept it competitive with his par, so it’s been just an absolute blast to go out there and just be with him. It reminds me so much of me and my dad.”

This year’s tournament will also feature former FedExCup champion Justin Thomas and his father Mike for the first time, with Bernhard Langer and his son Jason also in the field to defend their title.

The tournament will be played behind closed doors from 17-20 December because of coronavirus restrictions.