A U.S. judge in Washington has temporarily blocked a Trump administration order banning TikTok, hours before it was due to go in to effect.

He declined, however, ‘at this time’ to block additional Commerce Department restrictions that are set to take effect on November 12, which the Beijing-based company has said would have the impact of making the app impossible to use in the United States.

Donald Trump has for months been pressing for TikTok to either pass into U.S. ownership, and ordered that TikTok be blocked at midnight on Sunday unless a buyer was found. 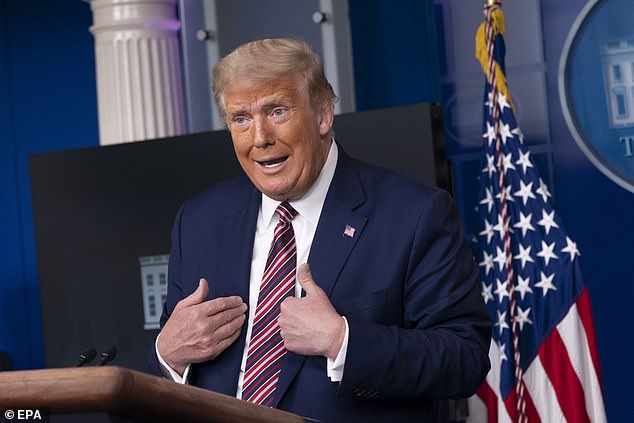 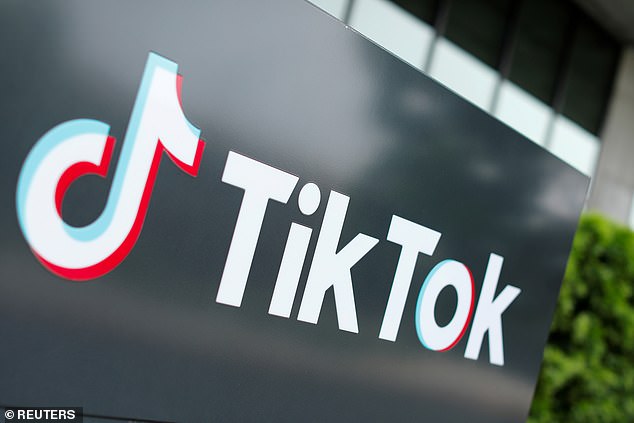 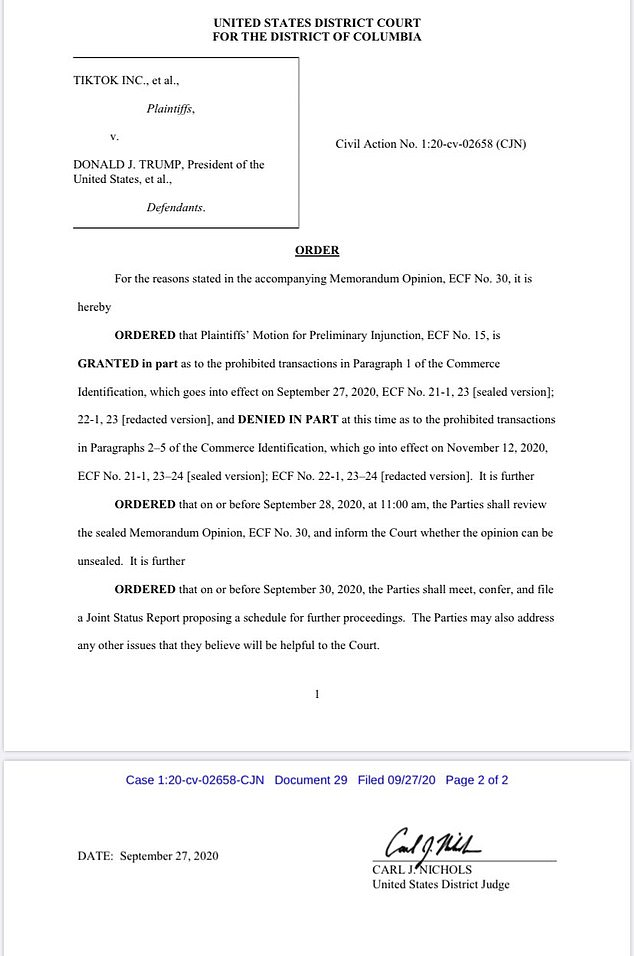 Judge Carl J. Nichols’s ruling was issued hours before the ban was due to be implemented

Last week he said he has given his blessing for a deal between TikTok and a coalition of Oracle and Walmart, but the deal still needs approval by the Chinese government, meaning the deadline remained in place.

But because ByteDance is 40% owned by US investors, the new TikTok Global will technically have a majority American ownership.

Any deal would still need to be signed off by Beijing. Chinese authorities have said they would not allow ByteDance to sell the algorithms used by TikTok, which are believed to hold much of the value for the app.

Trump said that Oracle and Walmart are planning to set up a $5 billion fund ‘for the education of American youth’, as part of the deal.

The New York Times’ 1619 Project is a  Pulitzer-Prize winning collection of essays, photo essays, poems, and short fiction pieces published last year that seeks to reframe American history as starting on 1619, when the first slaves from Africa arrived to Virginia, rather than 1776, when the founding fathers declared independence from Britain.

The title of the project refers to the year a ship arrived on American soil carrying the first enslaved Africans.

Donald Trump has branded the project ‘toxic propaganda’ and threatened to defund California schools that used the project in the public school curriculum.

During his speech marking the 233rd anniversary of the signing of the Constitution, Trump announced he will soon sign an order to promote patriotic education through an initiative dubbed the ‘1776 Commission’.

The panel, he said, would be tasked with encouraging educators to teach students ‘about the miracle of American history’ and plan for the commemoration of the 250th anniversary of the signing of the Declaration of Independence.

He argued that America’s founding ‘set in motion the unstoppable chain of events that abolished slavery’, but he did not mention how it went on for 246 years, including the 89 years after the 13 colonies declared independence from England.

At a rally in North Carolina last week he said he had told company leaders: ‘do me a favor, could you put up $5 billion into a fund for education, so we can educate people as to real history of our country – the real history, not the fake history.’

Sources told Bloomberg that the grant money would come from a public offering in about a years time.

Trump has previously railed against the The New York Times Magazine’s ‘1619 project’ which seeks to reframe US history around the consequences of slavery, and announced he will sign an order to promote patriotic education through an initiative dubbed the ‘1776 Commission’.

The panel, he said, would be tasked with encouraging educators to teach students ‘about the miracle of American history’ and plan for the commemoration of the 250th anniversary of the signing of the Declaration of Independence.

It is unclear if the TikTok billions will be allocated to that order.

In a joint statement on September 19, Oracle and Walmart said that they and other companies involved in the deal plan to create an educational initiative to provide an online video curriculum teaching a range of subjects.

Four of the new company’s five board members will be American, according to Oracle and Walmart.

Walmart’s CEO Doug McMillon will be one of the American board members, the retail chain said, but the other members have not been announced.

The company will push for more American ownership with a public shares offering next year.

‘In addition, we would work toward an initial public offering of the company in the United States within the next year to bring even more ownership to American citizens,’ Walmart said.

In their statement, Oracle and Walmart said TikTok Global would ‘pay more than $5billion in new tax dollars to the US Treasury’.

Larry Ellison, chief technology officer for Oracle, said that TikTok was won over partly by the fact that Zoom had recently moved a large portion of its video conferencing infrastructure to Oracle.

He described Oracle’s technology as ‘much faster, more reliable, and more secure’ than its rivals.

TikTok said in a statement: ‘We are pleased that the proposal by TikTok, Oracle, and Walmart will resolve the security concerns of the U.S. Administration and settle questions around TikTok’s future in the U.S.’

TikTok said both Oracle and Walmart will take part in a financing round before an initial public offering of stock, where they can take up to a 20 per cent cumulative stake in the company.

TikTok said it’s also working with Walmart on a ‘commercial partnership’ but gave no other details.

ByteDance had been racing to clinch a deal with the White House that would stave off a U.S. ban on TikTok.

Concern had been mounting that a deal might see China retain some control of the company.

While a deal is being negotiated, Chinese President Xi Jinping said that ‘innovation is the most important quality of business management, and it is also what we must overcome obstacles to do in the future.’

‘Key core technology must be firmly kept in our own hands,’ he added, according to China’s official Xinhua news agency.

TikTok is a Chinese social media app where users can live stream, create short videos and music videos and Gifs with a host of functions.

In 2019, it became the second-most downloaded app globally behind Whatsapp.

TikTok is known in China as Douyin where it was launched in 2016 and then made more widely available around the world in 2017.

Douyin is still the version of the app used in China, available to download separately to TikTok.

Most children use the app to film themselves lip-syncing to chart hits.

The Beijing based social network has more than 500 million active users and the company is now worth more than $75 billion (£58 billion).

How to profit from investing in green energy and reducing waste

How to profit from investing in green energy and reducing waste