TikTok is more popular than Google: Chinese-owned video-sharing app clocked up more visits after surge in popularity during pandemic

TikTok has knocked Google off the top spot as the most popular web address in the world due to a surge in popularity during the Covid pandemic.

The Chinese-owned video sharing app received more visits than Google for the first time, according to annual rankings by Cloudflare, an IT security company.

Tiktok gained the top spot in February, March and May but it was after August 10 that the app took the lead from the American site.

The surge is quite a feat given that Tiktok was ranked seventh last year behind Facebook, Microsoft, Apple, Netflix, Amazon and Google, which was ranked first. 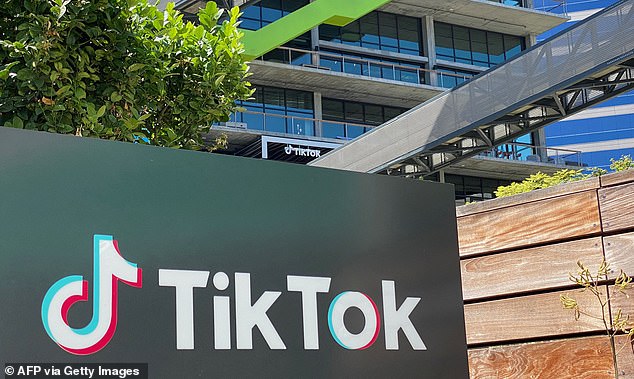 TikTok is used by more than 1 billion people worldwide on a monthly basis and provides a space for a wide range of activities.

The app is most popular among children and young people who use it to film themselves dancing and lip-syncing to chart hits.

There has been a 180 per cent increase in American users aged between 15 and 25 last year, according to data website Statista.

Tiktok ranking the most popular web address in the world comes just days after the app announced it  is taking on Deliveroo with a new food delivery service called TikTok Kitchen that has menu items based on viral videos.

Set to launch in the US in March 2022, TikTok Kitchen will let customers order dishes that were originally created by TikTok users in their short video posts.

TikTok Kitchen will be a ‘virtual restaurant’ that serves customers exclusively by delivery and pick-up from orders placed online and over the phone.

It’s unclear if TikTok Kitchen will be separate from (or feature as an option within) the standard TikTok app, which lets users make clips to share with their followers.

TikTok has teamed up with Virtual Dining Concepts, an Orlando, Florida based marketing firm, for the service.

After 93 years in power, the PRI may lose Hidalgo

Settings in Morena | The Economist

Settings in Morena | The Economist