A young single woman who went viral on TikTok after trying to find a husband in a Bunnings Warehouse says she won’t give up on her unusual quest for love.

Leesh Cunningham, 26, who lives on New South Wales‘s Central Coast, shared a two-part video to the social media platform trying her luck at finding a husband at the hardware store.

In the hilarious clips she is seen wandering through each aisle and even asking a Bunnings employee if they have any men left in stock.

Despite having no luck finding a partner, Ms Cunningham, who works as a branch manager for a car rental company, was flooded with Instagram messages from some very interested fans. 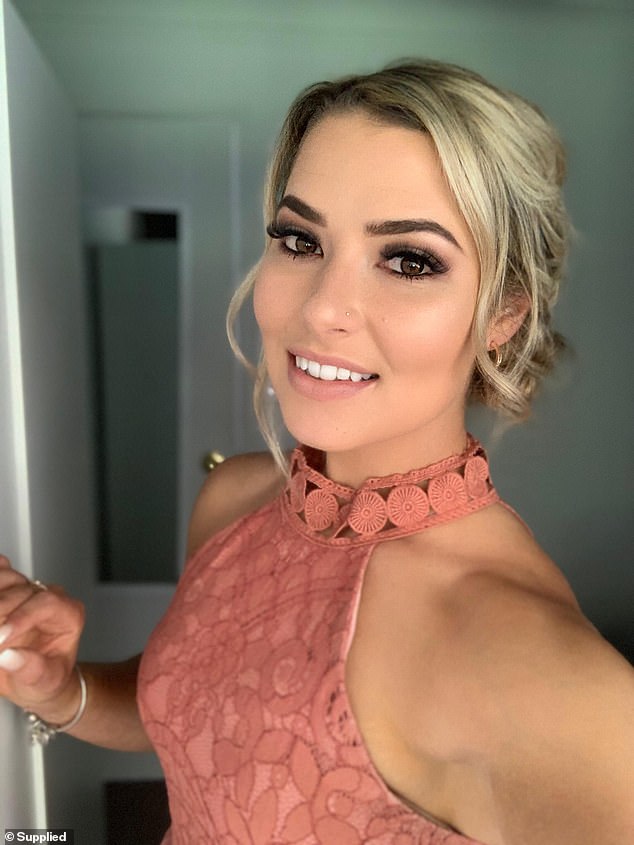 Leesh Cunningham, 26, who lives on New South Wales’s Central Coast, shared a two-part video to the social media platform trying her luck at finding a husband in the popular department store 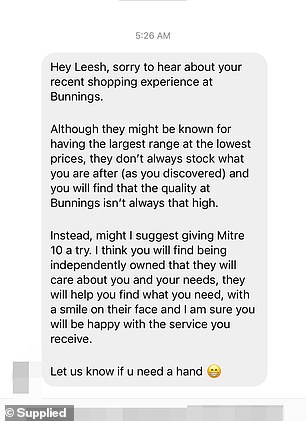 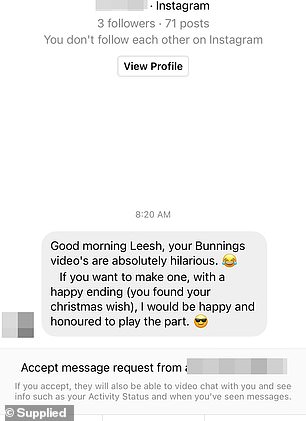 Despite having no luck finding a partner, Ms Cunningham, was flooded with messages from some very interested fans

‘My DMs (direct messages on Instagram) have absolutely been blowing up,’ she told Daily Mail Australia.

‘The ones that have all the confidence are like 50-year-old men though, so still no real prospect there but you never know.’

Some of those messages even featured some cringeworthy, x-rated comments from Aussie men impressed with her efforts in finding a partner.

‘Your Bunnings videos are hilarious. If you want to make one with a happy ending (you found your Christmas wish), I would be happy and honoured to play the part,’ one bachelor said.

‘Instead, might I suggest giving Mitre 10 a try. I think you will find being independently owned that they will care about you and your needs, they will help you find what you need with a smile on their face and I am sure you will be happy with the service you receive,’ another said. 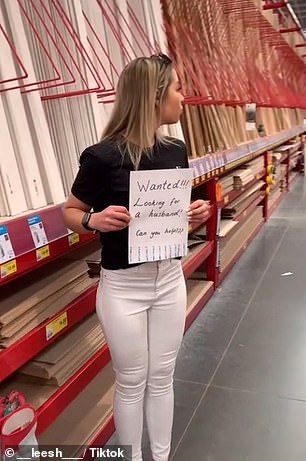 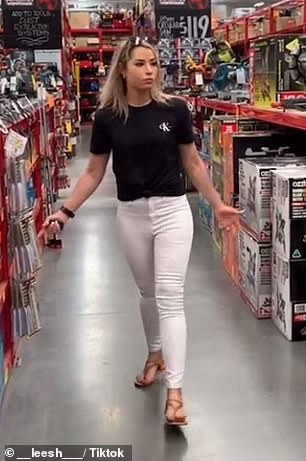 During Ms Cunningham’s TikToks, she filmed herself checking out each aisle in the department store, in the hopes she’d find her one true love

During Ms Cunningham’s TikToks, she filmed herself checking out each aisle in the department store, in the hopes she’d find her one true love.

With no immediate luck she turned to a shop assistant for help.

‘I’m just looking for a husband and was told you guys had them here,’ she is seen saying to a staff member.

‘They’re flying off the shelf, if we have any they’ll be in the back corner on the left,’ the employee replied.

Ms Cunningham ran to the back corner only to find herself alone again.

At one point she was even seen holding up flyers with a series of phone numbers attached to them.

Not actually listing her own number, one man messaged Ms Cunningham to inform her he’d been inundated with texts after she unknowingly listed his phone number.

The videos garnered more than 180,000 views with the 26-year-old overwhelmed at the support she received. 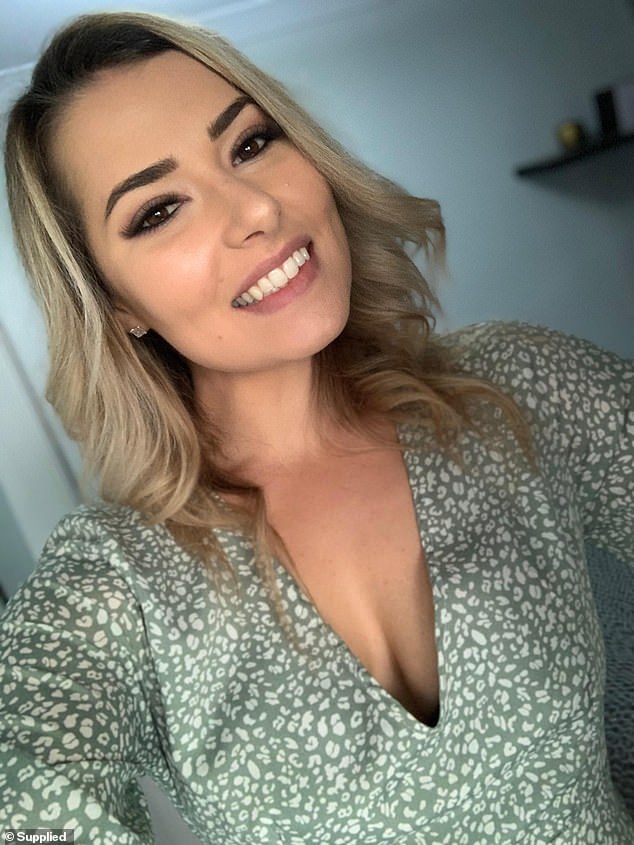 ‘What you see is what you get, I have no shame,’ she laughed.

‘I saw an opportunity and thought this could be my avenue on TikTok, taking the p**s out of myself being single, so I thought what better place to go than a male dominated hardware store.

‘Dating apps only attract one type of guy and I’m not about that.’

She said she was amazed at how supportive everyone had been on social media, with many suggesting she try service stations or other hardware stores.

‘I think that will be my next series, replying to the comments and doing what they say,’ Ms Cunningham said.

After sharing the clips, several others offered her some dating advice.

‘Got to be there between 6-8am and 5-9pm, that’s when the tradies get their supplies,’ one commented.

‘So my friends and I go to Bunnings and just lift the hood of our car and just stand against the car… thank us later,’ another wrote.

‘Honestly servos in the early morning are where the tradies are at. Met my partner there,’ one commented. 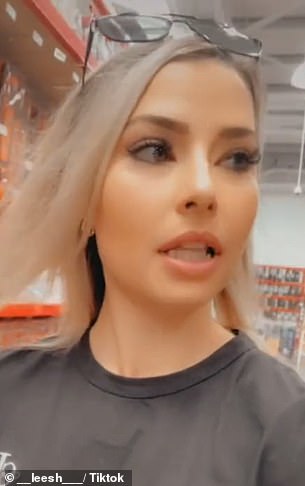 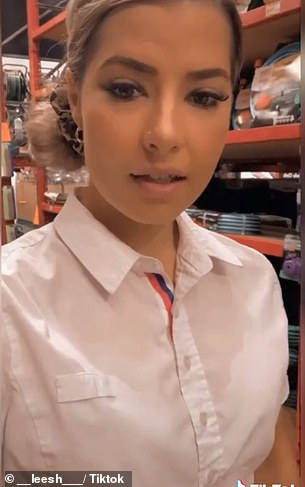 The videos have garnered more than 180,000 views with many other single women giving her some dating advice

Skeletal remains of young female chef, 28, are found in dense bushland in a NSW forest