A nursing home worker has melted the hearts of millions on social media after sharing a video of one of her patients receiving a Christmas gift.

In a recent video posted on TikTok by @bekarir, an elderly woman, believed to have dementia, is seen cuddling a large cuddly tiger toy, given to her by a carer.

The video begins with the woman, named Freda, who is believed to live in America, already wrapping her arms around the plush tiger toy.

However, it’s the final comment made by Freda which has left many on social media heartbroken. as she says: ‘You see how much we miss loving somebody?’

It’s not clear from the video if Freda has family, or whether she’s been kept apart from loved ones due to the pandemic. 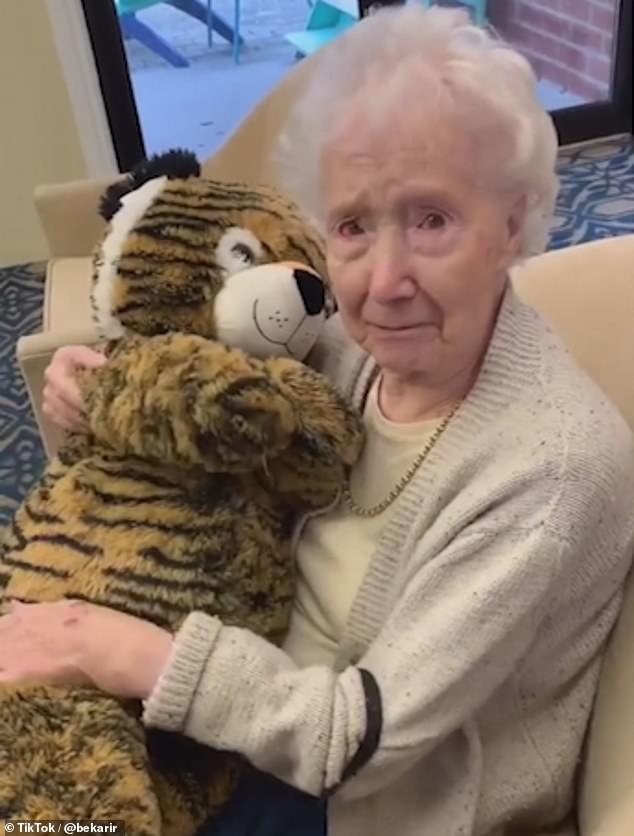 Freda, believed to be from America, melted the hearts of millions on social media recently after they saw her reaction to receiving a soft tiger toy for Christmas

Since September, nursing homes where there’s no active outbreak of Covid-19 have been encouraged to welcome visitors, but policies vary widely from state to state, and even within states.

Homes with a lack of outdoor space or limited supplies of PPE may struggle to provide safe conditions for visiting.

As the video clip starts, Freda notices her carer approach with the camera and can be heard saying: ‘Beautiful! Where did he come from?’

‘I found him at the store!’ the carer is heard saying back before explaining that she purchased the tiger for her as a Christmas present. 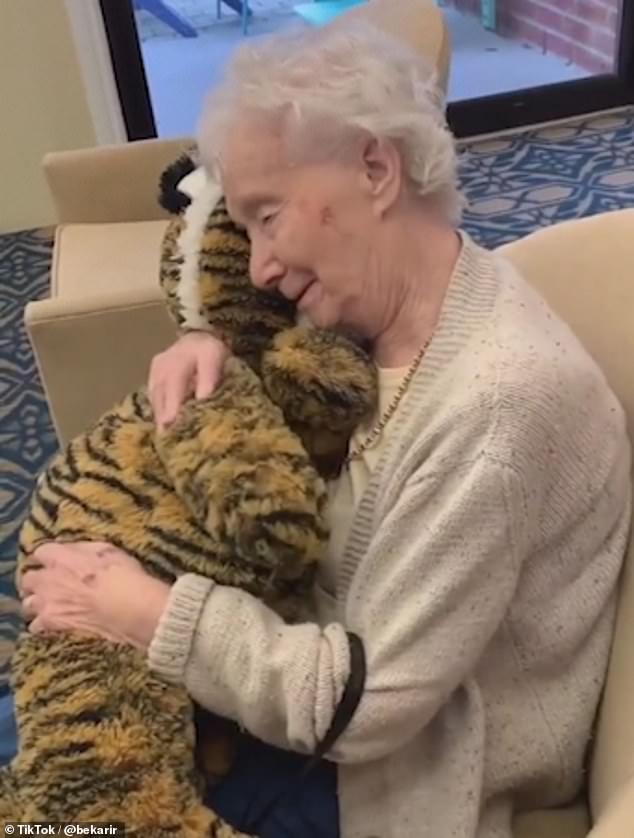 The woman, who is believed to have dementia, cuddled the toy before heartbreakingly saying: ‘You see how much we miss loving somebody?’

‘Well thank you,’ Freda said. ‘I’ll never get anything like this, ever. He’s beautiful!’

The video, which was originally uploaded on December 14 has been viewed by more than 4.8million people.

Social media users on TikTok were quick to display their love for Freda, with one person saying that her voice was so pure she should be given a role as a Disney princess.

Another said: ‘Freda may have dementia but she’s with it enough to know she misses loving somebody.’

A third TikTok user commented: ‘This touched my heart, thank you so much for sharing her happiness.’

And a fourth responded to the video by saying: ‘This is the sweetest lady ever.’

Social media users were quick to show their love for Freda, with one person suggesting her voice was so ‘magical’ that she should be considered as a Disney princess

The Magic (The Secret Book 3)