TikTok video shows how to choose the freshest supermarket bread

A resurfaced viral video has revealed how to pick the freshest bread off the supermarket shelf in a split second, without searching for the use-by date.

The clip, uploaded to TikTok by user Tony Zakharia, shows rows of loaves stacked in a Woolworths bread aisle, with coloured tags clipped to the plastic packaging.

The coloured tags represent the day the bread was baked, with blue for Monday, green for Tuesday, red for Thursday, white for Friday and so on. 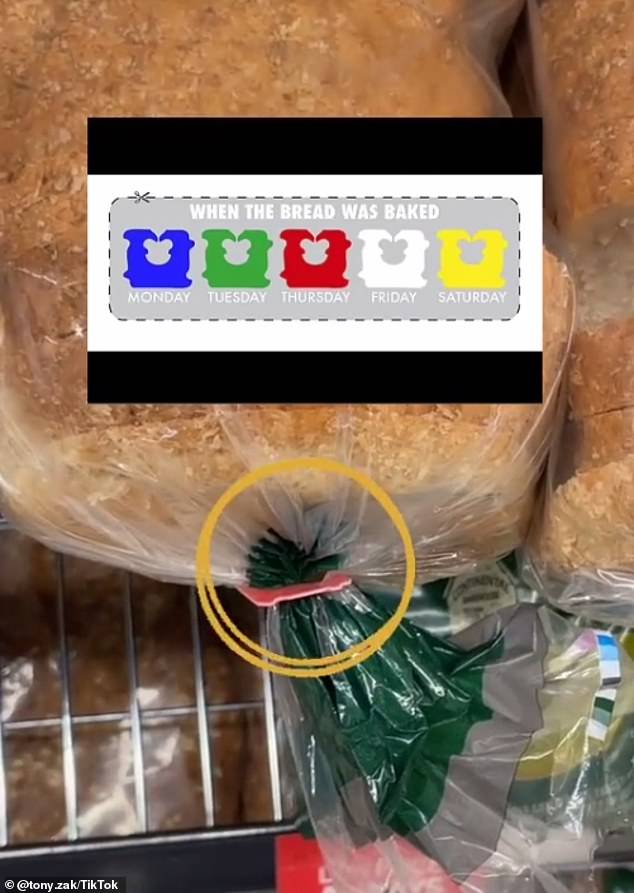 The coloured tags represent the day the bread was baked, with blue for Monday, green for Tuesday, red for Thursday (pictured), white for Friday and so on

‘So as you can see the red one expires on the 24th and the white one on the 25th – and that is why I take the freshest bread all the time.’

The revelation, which has been viewed more than 1.5million times since it was shared on February 21, has sparked dozens of stunned responses with many incredulous that the tags have a purpose besides sealing the plastic sleeve.

‘I need to go to the supermarket right now,’ one viewer wrote, while a second added: ‘I literally had no idea, great!’

A third said both of her parents work for bakeries that supply supermarkets and she ‘still didn’t know this’.

‘I worked in bread and can happily tell you this is true,’ added a fourth, before noting that different supermarkets use different colour tags.

However many spotted a flaw in Mr Zakharia’s logic after he selected the loaf marked February 24th, not February 25th.

The freshest loaf on the shelf was February 25th, marked with a white tag to indicate it had been baked on a Friday.

‘But, you took the old one – not the freshest. The freshest has the furthest date,’ one woman said.

Another agreed: ‘The freshest should have five days on it.. Today is the 20th so the one with the 25th is the freshest.’ 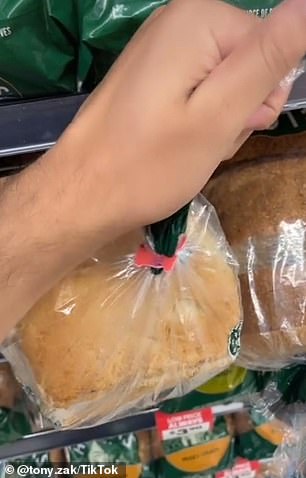 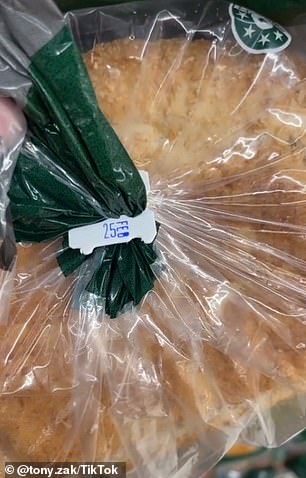 However many spotted a flaw in Mr Zakharia’s logic after he selected the loaf marked February 24th with a red tag (left), not February 25th with a white (right)

Others said while the tip was clever, it was useless for them.

‘Bread lasts a day in my house. I’ll get yesterday’s discount bread,’ one viewer wrote.

Another from Far North Queensland said he always keeps bread in the freezer, making the use-by date irrelevant.

‘I just put my bread in the freezer so it doesn’t go bad and take it out when I want to make toast etc. Being in Queensland it defrosts in two minutes,’ he added.

Prosecutor summons a medical committee to rule on Maradona’s death