‘He will get better and better’: Timo Werner hails Kai Havertz as one of ‘the most talented players in the world’ and backs his Chelsea and Germany team-mate to reach new heights in the Premier League

Timo Werner has hailed Kai Havertz as ‘one of the most talented players in the whole world’ and has backed his Chelsea team-mate to get ‘better and better’ with the Blues.

The German duo both completed big-money moves to Stamford Bridge earlier this summer and have been getting to grips to life in a new country.

Werner arrived from RB Leipzig already as an established striker on the European stage and was previously linked with Liverpool before sealing his move to Chelsea. 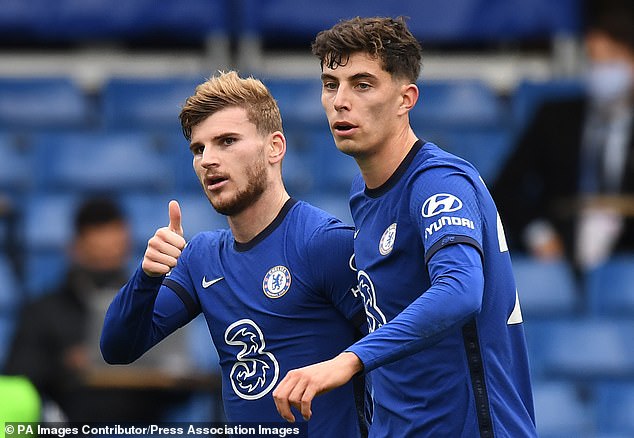 Havertz, on the other hand, is viewed as a star in the making after breaking through at Bayer Leverkusen before being snapped up in an £89million deal by the west London club.

And while he has scored four goals and three assists in his first 10 Chelsea appearances, Havertz has been criticised for his perceived lack of impact in the final third, which has led Werner to defend his compatriot.

‘I know Kai very well and I think he is one of the most talented players in the whole world,’ the Chelsea striker told the club’s official website.

‘He is a young boy, only 21 and he can learn a lot but can already play like a very, very old and wise player. I think up until now he feels very well here. A bit like me, we have talked a lot about settling in and he feels he is very happy to be here. In a lot of games he has shown what he can do, what he can bring to the team. 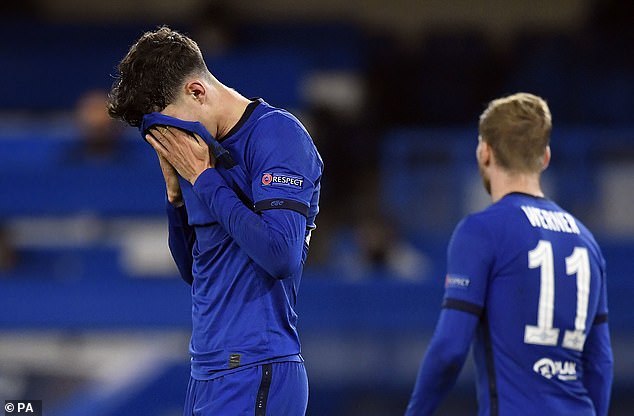 ‘For Kai it is very important to score, but I think what you can see in his game, he is about a lot more than scoring goals as a midfield player. He plays a lot of key passes, makes a lot of movement for other players.

‘He is very talented and feels good. He will get better and better, like me he has come to a new country, language and style of football and has to learn.

‘But until now he plays very good and we will see a lot more good games from him.’

Werner has also enjoyed a quick start to life in the Premier League, having left Leipzig earlier this summer to join the Blues – where he has already scored five goals in 10 games. 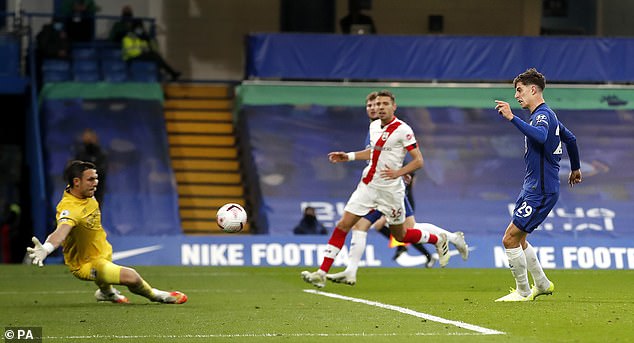 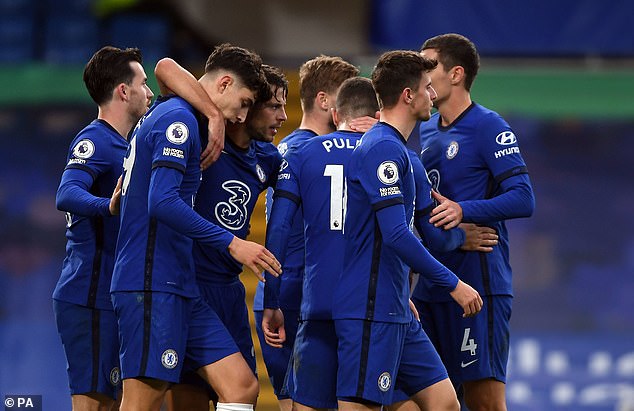 ‘I thought it was different to German football in the way we play because of other differences in the league.

‘You see now that when everybody is fit and come out of quarantine and come out of injuries, and we play and train for two months together, we see we have a very good team.

The Source Code for Hacking Game Watch Dogs: Legion Has Seemingly Been Hacked

Legendary actress Meryl Streep had a hard time filming one of her most well-known movies.In 2006,...