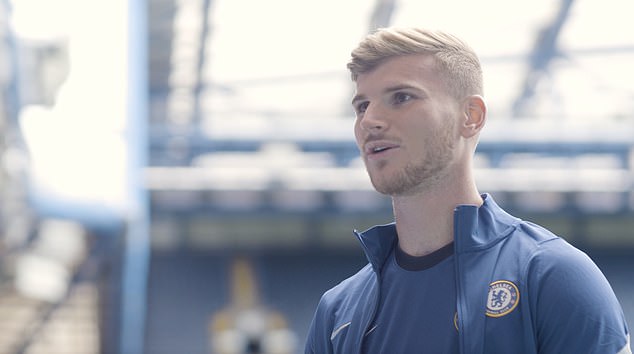 EXCLUSIVE: ‘It’s crazy I am here with them now’: Timo Werner idolised Chelsea stars Frank Lampard, Petr Cech and Ashley Cole after watching them in the Champions League as a boy

Werner says he was unable to watch much of the Premier League as a child due to the lack of air time in Germany, but was blown away by the Chelsea stars in the Champions League.

The 24-year-old – who agreed a five-year deal at Stamford Bridge for £45million – says it’s ‘crazy’ to be at the club with some of them now.

In an exclusive video with Three, Werner said:  ‘The premier league has become bigger and bigger and now it is the best league in the whole world.

‘For me it is a little bit of a dream come true to come and play now in the biggest league in the whole world.

‘Of course as a child you don’t see much of the Premier League clubs but you see the teams at the Champions League.

‘You see the likes of Chelsea and Manchester United. These were the clubs that in youth were winning a lot.

‘You see maybe young Ronaldo, or when you’re here at Chelsea Drogba and also Frank Lampard the manager. They have a lot of legends in the club here. 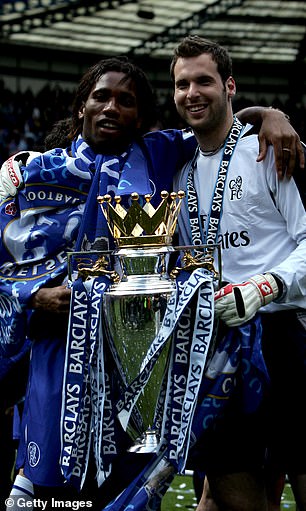 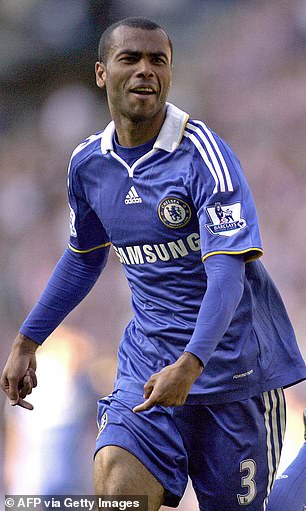 ‘When you come into the club they are working for the club and when you see them as a child, like 10, and then you see, Ashley Cole, Frank Lampard, Peter Cech, you say wow it’s crazy I am here with them now.

Werner also expressed his excitement about playing in front of Premier League crowds when fans are eventually allowed back into Stadiums following the coronavirus pandemic.

He claims English fans are ‘different’ to German fans and that there is a ‘special feeling’ playing in front of them.

Werner even recalled the ‘crazy’ feeling he had when he scored against Chelsea’s fierce rivals Tottenham in the Champions League with his former club RB Leipzig. 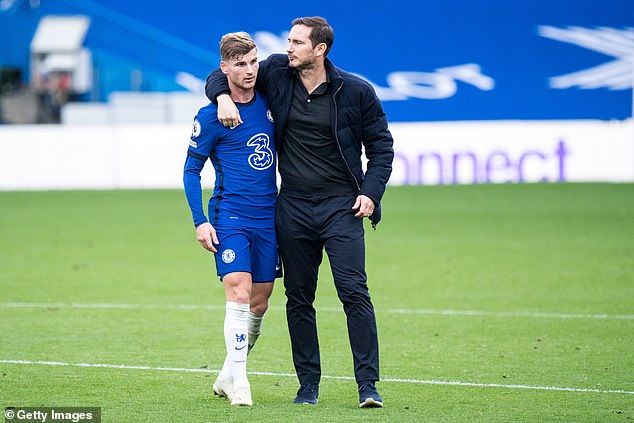 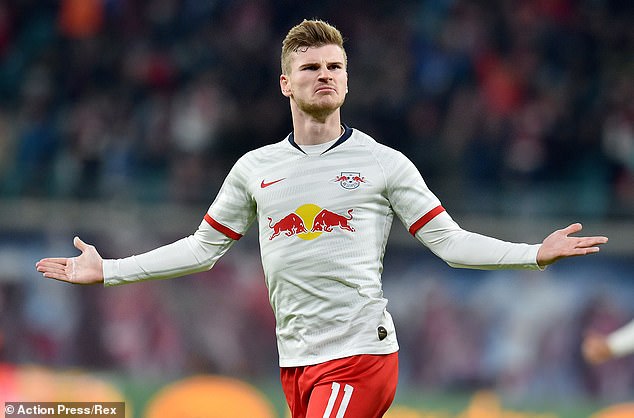 ‘It’s been a little bit difficult without fans because I think in the Premier League the fans are an important role, especially here, of the whole game,’ he said.

‘It’s different because in Germany they always sing and always have fun. But here the feuds are a lot of in the game.

‘They watch it and they love it when you tackle, create a chance or score.. that feeling is special.

‘I felt it with Leipzig when we played Tottenham. It was crazy the feeling you had. It was a different feeling to the Bundesliga.

‘I am looking forward to having the fans back here.’ 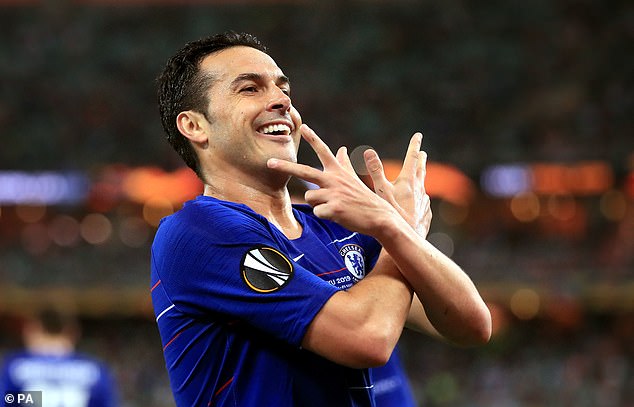 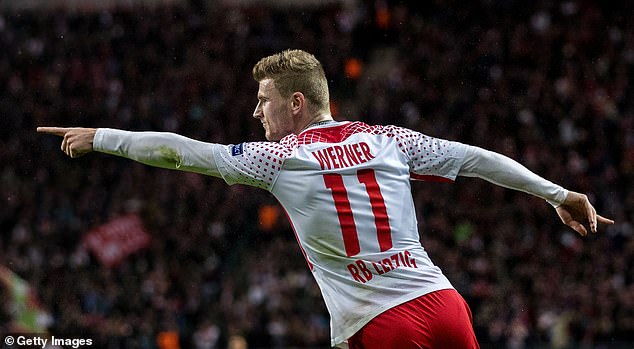 Werner wore that number at Leipzig for the past four years, where he scored 111 goals for them

Following Pedro’s departure from Stamford Bridge to join Roma, Werner has been handed the number 11 shirt.

Werner wore that number at Leipzig for the past four years, where he scored 111 goals for the Bundesliga outfit.

The number carries a lot of responsibility at Chelsea with the likes of Bobby Tambling, Peter Osgood, Dennis Wise and Didier Drogba previously featuring in the shirt.

Werner, however, seems to have no reservations, saying the number ‘fits him well’.

‘I think it’s a good number for a striker and also it worked very well at Leipzig my old club where I had the number for years’, he said.

‘I love the number 11. I have it as well in the German national team. Yeah I think my number is very good. It fits good to me and I love to have two numbers on the back.’

‘It looks a little better for me on my back to have two numbers rather than one.’

UK COVID variant is spreading rapidly across the US, new study claims