A tiny country town in southern Queensland has rallied behind the granddaughter of ‘local heroes’ as she prepares for a lifesaving double lung transplant.

Six-year-old Evie Smith, from Chinchilla in Queensland’s Western Downs region, was diagnosed with cystic fibrosis at birth, but her condition deteriorated in late 2019.

The then-five-year-old developed a lung infection that her body couldn’t shake which caused irreversible damage to her lungs.

In October 2020, her parents Lee and Trent Smith were informed that her lungs were ‘no longer viable’, a friend of the family told Daily Mail Australia. 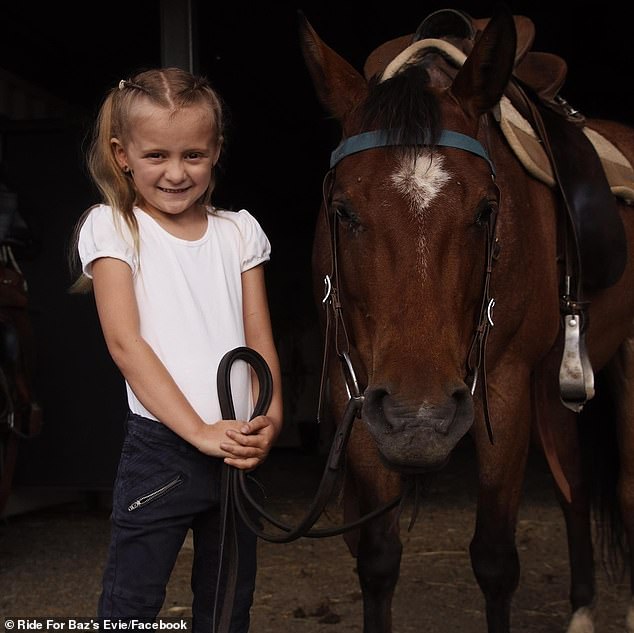 Little Evie Smith, six, was diagnosed with cystic fibrosis at birth, but her condition deteriorated in late 2019

But the procedure itself is difficult and attributed to many complications, including the possibility that a body may ‘reject’ the new organs.

Evie will need to undergo the surgery in Melbourne, but her parents have been told this will not go ahead until ‘the time is right’.

In the interim, the family will need to uproot their lives in Chinchilla to Brisbane to be closer to medical facilities.

As medical bills and costs associated with moving mount, residents in Pittsworth, a town about two hours south of Chinchilla with a population of just 3,294 people, have rallied to raise money for the family.

Evie’s grandparents Barry and Deb Standing are ‘pillars of the community’ in the small town, and residents were devastated when they learned of the family’s plight. 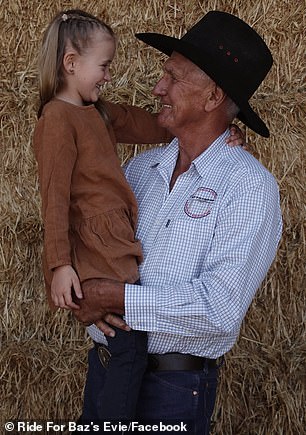 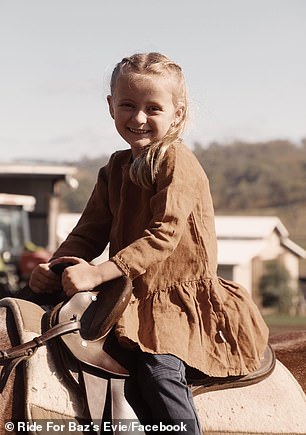 Evie will need to undergo the surgery in Melbourne, but her parents have been told this will not go ahead until ‘the time is right’

Bridget Adams, who helped to establish fundraisers in the family’s honour, said it was gut wrenching to learn Evie was so unwell and that Mr and Mrs Standing, who have ‘done so much for their community’ were struggling.

‘Everyone loves them. They’re local heroes and everyone just wanted to do what we could to help them,’ she said.

‘Evie is just a gorgeous little girl. She’s spent too much time in hospital in her short life, and it’s a terrible, terrible thing to be lumbered with.’

Ms Adams has helped to organise several separate events which will all take place this weekend to raise money for the family.

While Evie and her parents don’t live in Pittsworth, they spend a good deal of time there and will attend the events this weekend so long as Evie’s health allows it. 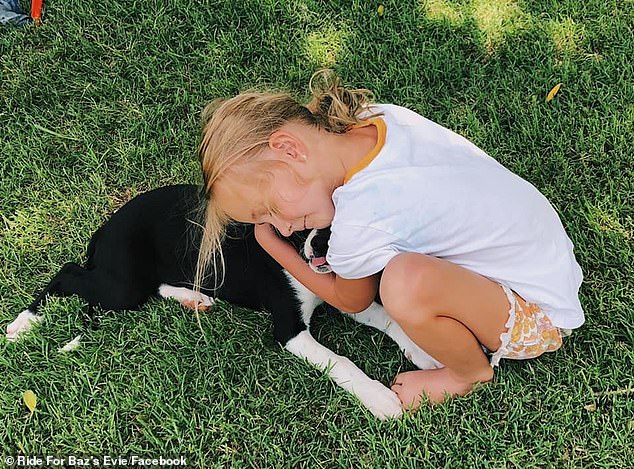 For people who want to support the cause but aren’t local, an online auction has been established with prizes that are ‘exciting not just for country people’.

Some of the prizes on offer include holidays, helicopter rides, horse riding lessons, artworks and air conditioning units.

Other prizes on offer include offspring of award winning horses and a 400kg Red Angus Heifer.

A three-month-old border collie puppy, named Evie in honour of the little girl, is also up for grabs, and is bred from ‘strong working dogs’ with good natural instincts.

The town only began fundraising efforts in December, but Ms Adams said everyone in the community knew the importance of acting swiftly. 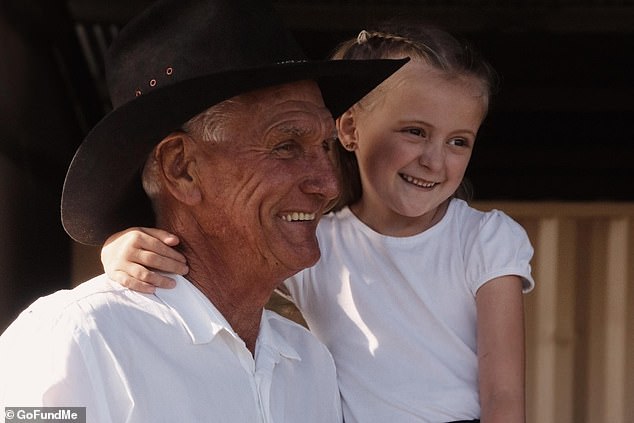 Bridget Adams, who helped to establish fundraisers in the family’s honour, said Evie’s grandparents Barry and Deb Standing were ‘pillars of the community’ 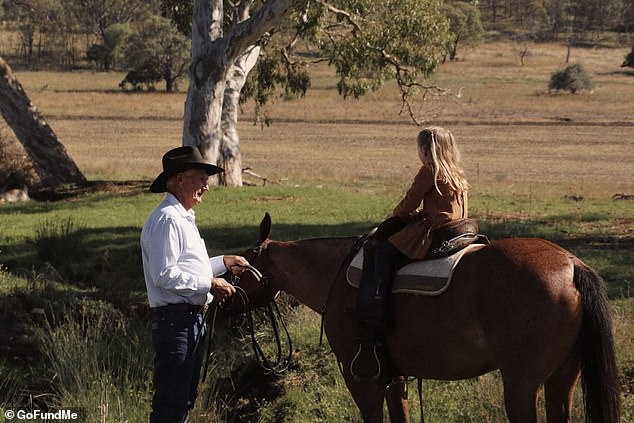 Evie has always been a ‘sassy, happy little girl’ according to her family, but has endured countless prolonged hospital stays, often spending weeks at a time away from her home

‘That family will have to move to Brisbane very soon. There are other children involved… Country people are very ”can do” sorts. We don’t need meeting after meeting, we just get it done.’

Evie has always been a ‘sassy, happy little girl’ according to her family, but has endured countless prolonged hospital stays, often spending weeks at a time away from her home.

But it wasn’t until late 2019 that her condition went from bad to worse.

‘It’s been devastating for the family because, for a CF child, she had 98 per cent lung function before this bug hit,’ her grandmother explained.

‘Both her mum and dad have been incredibly strong and Evie’s always been a gutsy little girl – that has helped her keep fighting the fight.’

Friends of the family have also set up a GoFundMe page for anybody who wishes to donate. 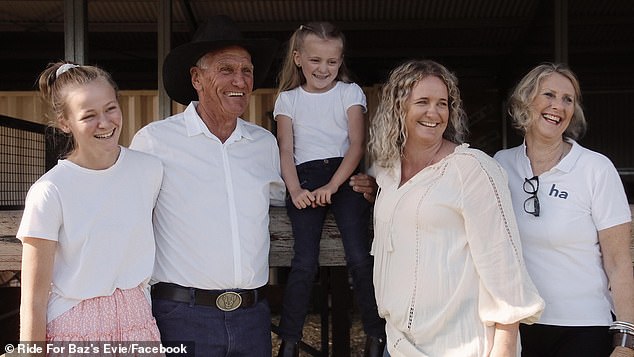 WHAT IS CYSTIC FIBROSIS AND THE NEW ‘MIRACLE DRUG’?

Cystic fibrosis is a progressive disease that causes lung infections.

The disease is genetic and can be discovered at birth.

It limits the sufferers ability to breathe over time and creates thick mucus which clogs the airways and various organs.

Approximately 1,000 cases of cystic fibrosis are diagnosed internationally each year.

In October 2019, Trikafta was approved in the US as a tentative treatment to cystic fibrosis.

It is a triple combination therapy treating sufferers aged 12 and older which helps defective genes to work more appropriately.

In September 2020, Vertex, the drug provider, announced a trial of the drug on children aged 6-11 proved effective, as well.

Chicago shooting: 4 people are shot in a drive-by as the city grapples with a violent weekend

Girl, 23, reveals how she fell for  fiancé, 57, and have become a stepmother

Covid an infection charges in England are STILL going up, random testing reveals

Girl, 23, reveals how she fell for  fiancé, 57, and have become a stepmother