Tokyo Marathon postponed to 2022 due to the situation under Corona 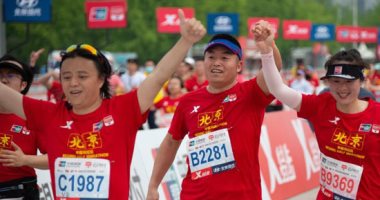 And it was decided that the marathon, which was supposed to take place on October 17 after being postponed from last March, will be held on March 6, 2022, according to what the organizers announced after a meeting held on Friday evening.

With the postponement of the 2021 edition and related events to next year, the 2022 Marathon edition was therefore cancelled.

The Tokyo Marathon Foundation, which is responsible for the event, had announced that it would not hold the race if the imposition of a state of emergency to confront the outbreak of COVID-19 continues a month ahead of schedule.

“The focus has been increasing since last July due to the delta mutator and the medical sector is under increasing pressure. Although the event is a month away, the disease is still spreading and the state of emergency in Tokyo has been extended to September 30,” the foundation said when announcing the postponement of the marathon.

The organizers believe that “even if the state of emergency is lifted, it will be difficult to ensure the ability to organize a safe event in light of the current situation in the medical sector.”

Runners who would have participated in this year’s marathon will have a choice between postponing their participation for the next year or getting a refund of the participation they paid.

The organizers plan to keep the same number of runners who would have participated in this year’s marathon, which is 25,000, knowing that the current participants will have priority.

It is reported that in 2020, the Tokyo Marathon was held with the exclusive participation of elite runners on unusually empty streets at the beginning of the epidemic.