Olympic organisers will meet on Monday and are expected to decide whether and to what extent domestic spectators will be allowed at the Tokyo Games, with health experts warning that big crowds risk fuelling a resurgence in Covid-19 infections.

Japan is moving ahead with staging the multi-billion-dollar Games, which were delayed by a year due to pandemic, despite public opposition and the warnings from health officials.

Tokyo 2020 President Seiko Hashimoto has said she was eyeing a cap of 10,000 people per venue. Spectators from overseas have already been banned from the event.

Officials are separately considering allowing as many as 20,000 people to attend the opening ceremony on July 23 as spectators, in part due to an expected increase in the number of people involved with the Games who would no longer be allowed on the field, media reported.

Japan’s Prime Minister, Yoshihide Suga, said on Monday he would not rule out holding the Summer Olympics without spectators if the capital was under a state of emergency due to Covid-19 worries. 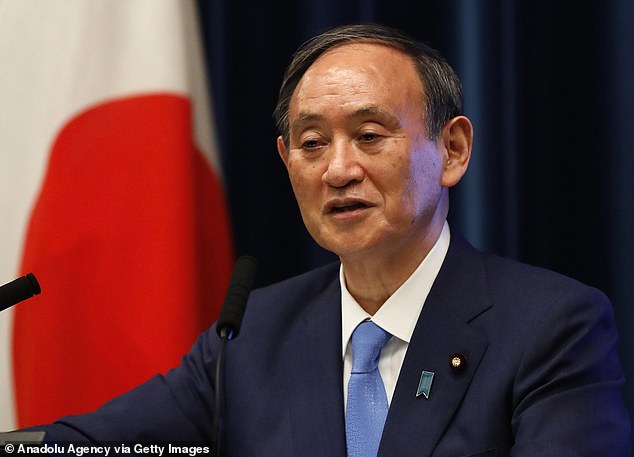 ‘In the event a state of emergency was declared then we can’t rule out not having spectators,’ Suga told reporters during a tour of vaccination sites in Tokyo.

Hashimoto and Tokyo 2020 CEO Toshiro Muto are scheduled to hold a news conference after the five-party talks.

The meeting comes after some of Japan’s top health experts on Friday said that banning spectators was the least risky option for holding the Games, even as they seemed resigned to the possibility of fans in venues.

Japan’s public remains opposed to holding the Games this summer, a June 19-20 poll from Asahi News Network (ANN) found, with 65 per cent of respondents saying they wanted the event postponed again or cancelled.

Nearly 70 per cent of respondents said they thought the Games would not be held safely and securely, as advocated by the government and Olympic organisers, the poll showed.

Suga last week decided to lift a coronavirus state of emergency for Tokyo and eight other prefectures that had seen a Covid-19 resurgence.

The government kept in place lesser, ‘quasi-emergency’ restrictions for seven of the nine prefectures, including Tokyo, that will run until July 11, less than two weeks before the Games are set to open on July 23.

One of Uganda’s Tokyo 2020 Olympic squad tested positive for the new coronavirus on arrival in Japan on Saturday, the first time an infection has been confirmed in an overseas team, NHK reported.

Nine athletes and coaches arrived at Narita airport, near Tokyo, at around 6pm, with one of them testing positive during a screening at the airport, the national broadcaster said.

That individual is now staying at a government-designated facility, while the others travelled on to their host city in Osaka, where they will hold their training camp, NHK said.

All of Uganda’s team members had received two shots of AstraZeneca’s vaccine and had tested negative 72 hours before departing for Japan, according to the report.

The long-delayed Tokyo 2020 Summer Games are due to start on July 23 amid concern that the influx of thousands of people from around the world would contribute to the spread of Covid-19.

The Tokyo 2020 president is eyeing a cap of 10,000 people per venue, even as government health experts warn against in-person audiences.

For the opening ceremony, however, officials are considering allowing as many as 20,000 people to attend, Japanese broadcaster Nippon Television reported on Sunday.

The Uganda team was the second group of foreign athletes to arrive for the tournament, following the arrival of the Australian women’s softball squad on June 1.